A shining example for developing countries 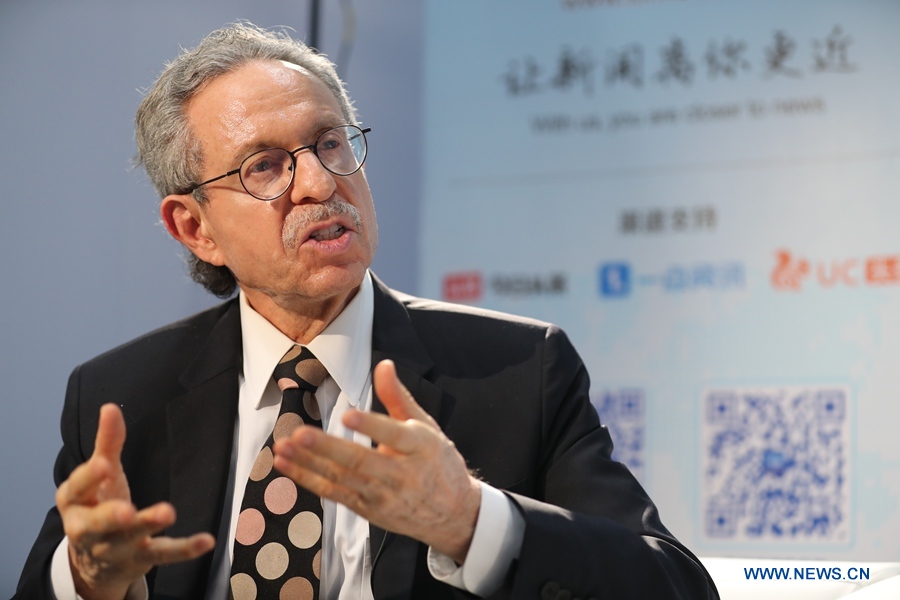 About 30 years ago, I was invited to China for the first time to advise on how to adapt to the incipient market economy. I was hooked from the moment I arrived. The Chinese had a fresh enthusiasm; they were eager to learn, and ready to improve their civic and material lives. I knew then that China’s culture, history, politics and economics would soon come to matter a great deal to the world. What I didn’t know then was how much China would come to matter to me.

I am proud to be considered an old friend of China, a high compliment indeed. I have had the privilege of visiting more than 60 cities in China: Hangzhou, Guangzhou, Harbin, Shanghai, Lanzhou, Qingdao, Kunming, Tianjin, Chengdu…Those who have taught me to understand and appreciate China’s 40 years of reform and opening up come from all walks of life. They include officials, scholars, scientists and executives, as well as farmers, workers, soldiers, office workers and students.

In 2006, I had the privilege of meeting with then Zhejiang Province Party Secretary Xi Jinping. He used the classic story of blind men touching different parts of an elephant and told me that it’s wrong to seek to characterize China in a single sentence, or to encapsulate the country with a single methodology. Xi recommended that I study China both “horizontally” across diverse regions and “vertically” through the history of its development. When I tell people about China's 40-year history of reform and opening up today, I try to combine the two perspectives.

China has transformed itself into an economic superpower involved with every major issue in global affairs. From trade, business and finance to diplomacy, defense and security; from science, technology and innovation to culture, media and sports - China’s growing strengths have worldwide implications. In recent years, I have been commentating on China's current politics on major media around the world. I am privileged to facilitate communications between China and the world. The need has never been greater. For example, between the 19th CPC National Congress in October 2017 and the “Two Sessions” in March 2019, I was interviewed 24 times only on CNN and BBC.

Some people ask me, after 40 years of reform and opening up, Chinese society has undergone earth-shaking changes, but what is still the same? I replied it’s the Chinese patriotism. It has been said that China's development is at least partly driven by patriotism. A few years ago, after finishing a late-night meeting in Beijing, I was asked when I would take a vacation. “This is my vacation!” I said. What I want to say is that I am inspired by the patriotism of the Chinese people, and I am passionate about doing work related to China.

Although China’s economic development has truly been historic, I say that China’s economic miracles is the country’s second most important transformation. The first most important transformation is the change of the spirit of the Chinese people and the improvement of their living standards. To historians of the future, perhaps 100 years or 1000 years from now, China’s astonishing 40 years of reform and opening up will be recognized as one of the important economic transformations in human history. Looking into the future, China's successful transformation is not only a shining example for other developing countries, but will also play a critical role in the progress and development of the whole world.

(The author is the chairman of the Kuhn Foundation. This article is compiled by Zheng Qi based on an interview.)