BEIJING, Dec. 30 (Xinhua) -- China and the European Union (EU) announced on Wednesday that they have completed the negotiations over a bilateral investment agreement as scheduled, marking a solid step towards forging a closer and more productive economic partnership between the two sides. 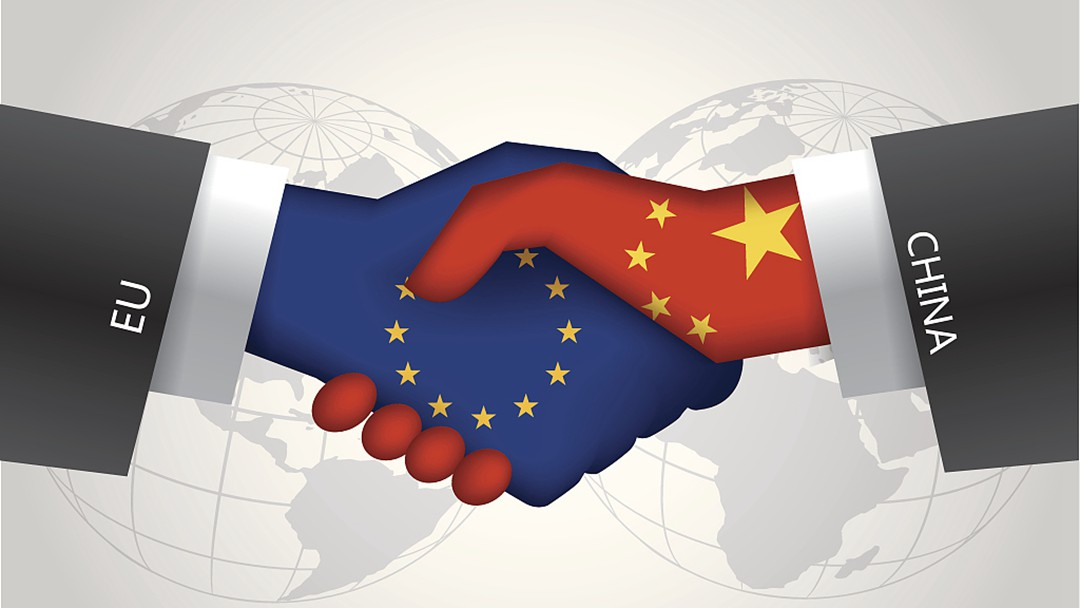 The conclusion of the talks has laid a firm foundation for both sides to finally sign the agreement, sends a message of inspiration and hope to a world still grappling with the raging COVID-19 pandemic and a dark economic recession, and stands as a major boost for multilateralism.

The fact that Beijing and Brussels can eventually meet each other half way after many years of negotiations has demonstrated a willingness by both sides to go beyond their differences for the sake of the greater good.

The lead up to this milestone breakthrough has been fraught with difficulty. However, the substantial progress Beijing has achieved over the years to broaden market access and improve its domestic business environment, as well as the sincerity it has manifested all along have played a key role in ensuring the negotiations a success. The hard-won progress shows that the common sense has prevailed: China and the EU are each other's development opportunities rather than challenges.

When the two sides ultimately seal the deal and put it into practice, investors from China and the EU will gain an easier and broader access to each other's market, thus further enriching China-EU already-close cooperation, as well as amplifying their extensive common interests in boosting free trade and global growth.

Over the past decades, China and the EU have maintained stable and healthy relations across a number of areas, especially since they established a comprehensive strategic partnership in 2003. Beijing and Brussels have also partnered up in handling a raft of global challenges such as climate change and the COVID-19 pandemic.

In 2019, two-way trade reached 4.86 trillion yuan (roughly 740 billion U.S. dollars), growing at 8 percent year-on-year. Despite the pandemic and the stifling economic woes induced by the outbreak this year, bilateral economic cooperation continues to march forward, including the signing of a China-EU geographical indications agreement in September.

The completion of the negotiations on Wednesday also marks a strong boost for multilateralism.

The world is struggling in the worst economic disaster since the Great Depression of the 1930s. The International Monetary Fund has projected a deep recession in 2020 with a sharp 4.4 percent drop in global growth and warned the calamity "is likely to be long, uneven and highly uncertain."

Both China and the EU are major global economies and stabilizing forces with about a quarter of the world's population and one third of gross global product. At an age of rising protectionism, unilateralism and economic nationalism, it is crucial for China and the 27-member bloc to step up efforts to strengthen trade and investment, stabilize global industrial and supply chains, and set an example in building a more open, equitable and inclusive business environment.

The freshly unveiled achievement by China and EU testifies to their relentless dedication to multilateralism, gives a shot of confidence to frustrated investors on both sides and the wider world, and will help facilitate global trade and economic integration and energize global recovery during these trying times.

The completion of the negotiations signifies a new starting point. Future work to rejuvenate the anemic global economy could be as difficult as it is unpredictable.

China has largely brought the deadly virus under control and emerged as the only major economy with positive growth this year. It will carry forth its commitment to greater opening-up and high-quality development, and offering more opportunities for global investors.

Both China and the EU should grasp the historic opportunity, build on the hard-won achievement at hand, continue to bolster bilateral cooperation, and work together to steer their economic and trade ties toward a more open, stable and balanced future.

The world is craving a robust recovery. A more dynamic China-EU partnership can and will help deliver that much-anticipated comeback.