OPINIONS A timely shot in the arm for world economy

A timely shot in the arm for world economy 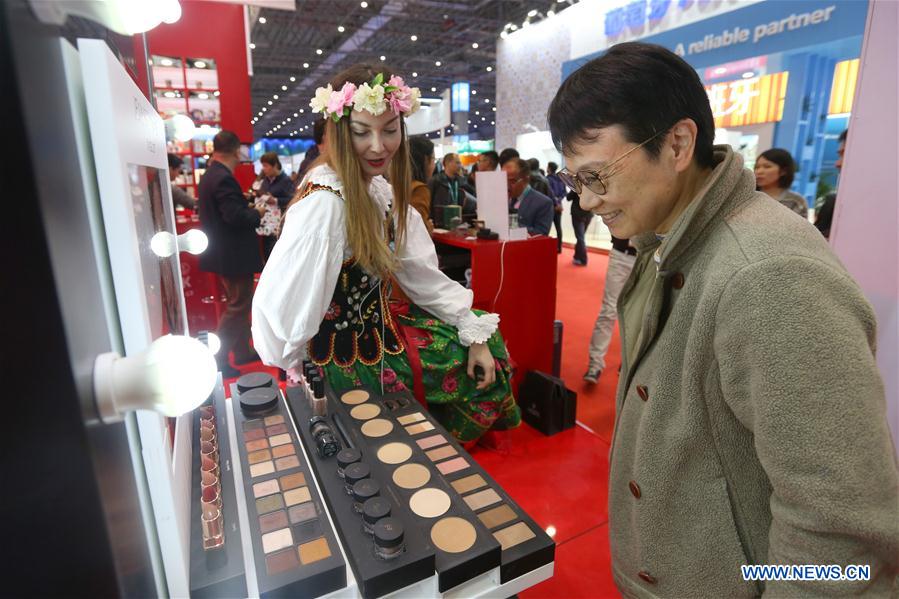 A visitor learns about make-ups at the booth of Poland at the first China International Import Expo (CIIE) in Shanghai, east China, Nov. 9, 2018. (Photo: Xinhua/Zhang Jiayang)

While global businesses celebrate the fair as a bonanza, naysayers keep on churning out stale cynicism and skepticism. The expo, in their navel-gazing judgement, will leave a trail of empty promises and trivial new policies and is dismissed as an outdated pomp conspicuous by the absence of powerhouses.

Sober-minded observation would tell a totally different story. China has a well-documented track record of delivering its promises. When China talks about greater opening-up and shared prosperity, it means bold, visible and swift actions.

By honoring pledges to a record number of reforms, China has moved up the global ranking in ease of doing business by 32 slots from last year and earned the country a spot in this year's top 10 global improvers, according to a World Bank report.

The expo will be no exception for summoning a wave of new opening-up endeavors. The State Council unveiled a guideline Thursday to remove all non-negative-listed market access restrictions on foreign investment within months. A plan for significantly expanding the China (Shanghai) Pilot Free Trade Zone will soon be announced.

What is to come is quite predictable: Imports will gain stronger growth momentum, business environments will be even better, market access certainly broadened and multilateral cooperation deepened.

At a time when the world economy is going through profound adjustments and protectionism rears its head, it is a big deal that the second largest economy offers much-needed certainties.

Global industry big-names from the US, Japan and so on, aware of the high stakes, have been wise to prefer shining at the fair over no-show, while firms from the world's least developed countries are also invited to share the stage.

With wide participation, the import expo serves as a global public good for inclusive growth. As President Xi Jinping said in his keynote speech at the CIIE's opening ceremony, practices of the law of the jungle and winner-takes-all only represent a dead end, and "inclusive growth for all is surely the right way forward."

If the expo can be dubbed as a grand show, it surely is the one of consensus and joint efforts toward addressing the challenges we face.

And as free trade prevails at the end of the day, this gathering will go down in history as a timely shot in the arm for the world economy.