Abbott's ugly show in Taiwan is ominous for China-Aussie relations 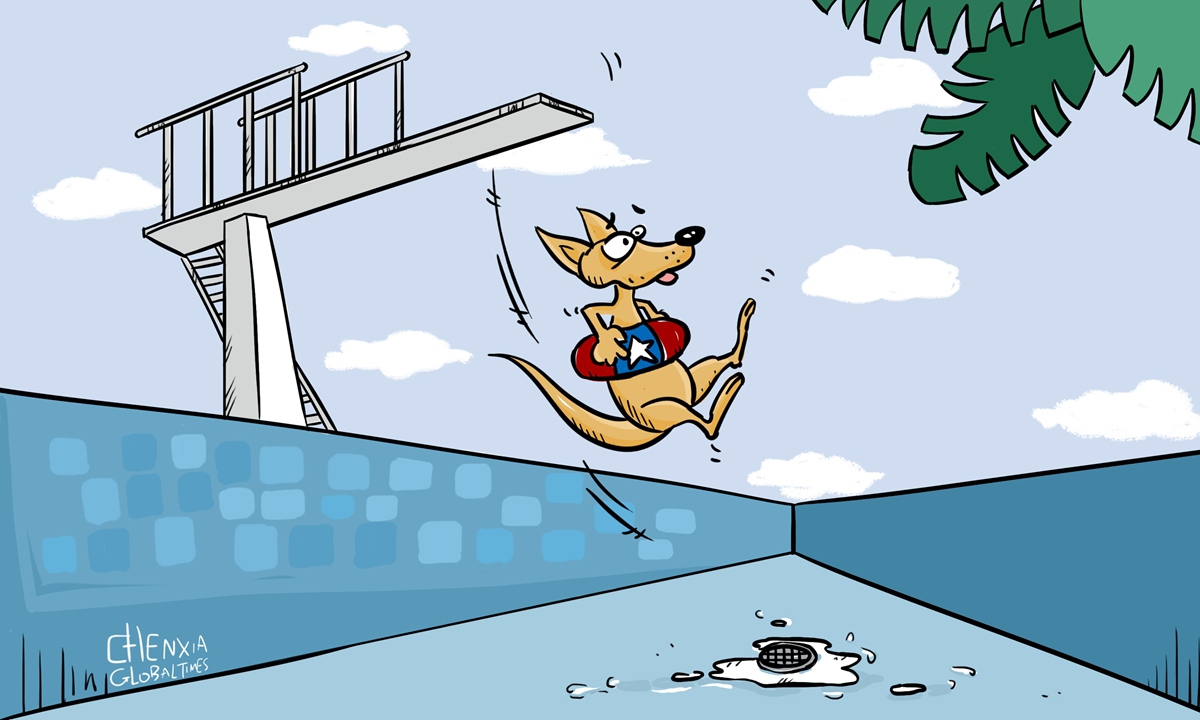 The recklessness and provocation displayed by former Australian prime minister Tony Abbott over the Taiwan question may be far from being a sign of Australia about to commit any crazy act, but representing a worrying sign that some extreme anti-China forces there intend to escalate China-Australia tensions into a military confrontation.
In a speech delivered at the Yushan Forum in Taipei city on Friday, Abbott lashed out at the Chinese mainland for displaying "growing belligerence to Taiwan", suggesting that the "drums of war" could be heard in the region.
Abbott also accused Beijing of trade weaponization against Australia, with the latter's barley, wine and coal exports to Chinese mainland hit hard, while he said Australia should support Taiwan's bid to join the Comprehensive and Progressive Agreement for Trans-Pacific Partnership (CPTPP).
In response, the Chinese embassy in Canberra described Abbott's madness as a "failed and pitiful" politician's "despicable and insane performance", in a brief statement on its website on Saturday.
Apparently, Abbott's rhetoric over the Taiwan question has moved beyond the economic and trade cooperation to touch upon a political issue that risks provoking China's core interests. Based on the one-China principle that is a universally recognized norm governing international relations, the mainland has made it clear that it firmly opposes any official interactions between the Taiwan island and any country, and rejects Taiwan's accession to any agreement or organization of official nature. The CPTPP is no exception.
Even in Australia, the provocative visit by Abbott also raised questions as to whether it is necessary given the tensions between China and Australia. While Abbott visited Taiwan in a personal capacity, judging from the content of his speech and the meetings he attended, observers have good reasons to think that the show could be a test by Canberra to gauge Beijing's response.
It is no secret that Australia has been playing the role of America's pawn, and it is not surprising that Australia will do whatever America asks it to do.
Yet, at a time when China-Australia relationship stuck in a downward spiral, Abbott's performance at Taipei, whether it's meant to test Beijing or for other purposes, is dangerous as it represents the existence of extreme anti-China forces within Canberra's political circle, who are eager to make statements that incite confrontation and even hype up the threat of war in pursuit of their own selfish interests. If anything, this is not the first time that we have heard the "drums of war" referred to by Australian politicians.
Should Canberra continue to be carried away by the extreme voices to escalate confrontation with Beijing by provoking dispute over Taiwan, vigilance is indeed needed against the possibility of a military conflict, which may cause the complete collapse of bilateral trade.
The current trade frictions between China and Australia are derived from Australia's hostility toward China. If Canberra cannot understand the damage caused by its hostile moves, it should at least be careful not to be carried away by extreme voices, like Abbott's, and drawn onto a path of military confrontation in the Asia-Pacific region.
The author is a reporter with the Global Times.