OPINIONS Abdulaheb should be wary of risks from West

Abdulaheb should be wary of risks from West 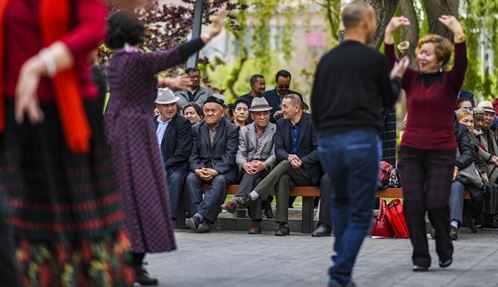 According to Western media reports, a Uyghur woman named Asiye Abdulaheb, currently a Dutch citizen, said she had helped with the release of "secret Chinese government documents" on Xinjiang. She claimed that she and her ex-husband "received death threats," and thus hoped to "protect herself and her family from retaliation" by speaking out.

This story sounds so vivid in the Western context. It's very much in line with the Western public opinion's imagination of an "authoritarian China," but it cannot hold up to closer inspection. Abdulaheb asserted that she had "received death threats" on Facebook Messenger. Even if it's true, how can it be concluded that the threats were sent by Chinese related agencies and were serious? The internet houses all sorts of people and forces. They may send such a message for various purposes.

It was reported that she posted a tweet in June "with the excerpt from the documents" on her own initiative. The move was apparently with the intention of drawing attention. The woman's way of doing things shows that she is not afraid of creating trouble. She didn't intend to be an "anonymous whistle-blower" from the very beginning. But she told reporters that she was scared when receiving an online threat. Her behavior was inconsistent.

Abdulaheb's profile photo has been spread all over the Western media, a result of her interaction with Western public opinion. And it seems that both Western media outlets and Abdulaheb herself are willing to see such an outcome.

As a Chinese media outlet, the Global Times has no way of weighing the authenticity of Abdulaheb's story. We can only draw the conclusion from her story that she knows what the Western media wants, and has the guts and solutions to provide a story they need.

As for the death threat she mentioned, we would like to tell her and the Western public that the Chinese government has never had a record of endangering personal safety to dissidents living abroad.

Since the end of the 1980s, a large number of dissidents went into exile in Western countries. Many of them continued to engage in acts that jeopardized China's national interests, but none received life threats from the Chinese mainland.

If Abdulaheb is worried about her safety, we advise her to guard against US intelligence agencies and extreme Xinjiang secessionist forces. They may exploit her to stir up extreme incidents in order to frame the Chinese government.

By making public her identity, Abdulaheb has attracted more attention in the West. Some Western forces are further exploiting her to smear the Chinese government. Abdulaheb might be happy to be used since it fits her interests and those of Western forces.

The problem is Abdulaheb thinks the more her identity is made known, the safer she will be. But this logic doesn't hold water and could endanger her, because as she gains greater recognition in the West, Western public opinion will be made to believe that the Chinese government wants to harm her. To some dark forces, it is tempting to threaten her personal safety and frame the Chinese government.

No matter what she has done, we wish that she is safe in the Netherlands. She already jeopardized China's national interests, and any harm to her safety will not undo the damage. China has no incentive to do any harm to her. But it's different for US intelligent agencies and Xinjiang secessionist forces. Even in Western media, there may be people who wish to see something happen to her. This is the real risk that Abdulaheb should seriously watch.