Since the start of this year, North Korea has adopted a policy of denuclearization in exchange for security, combined with proactive summit diplomacy. It has successfully held summits with China, South Korea and the US. In this context, Japanese Prime Minister Shinzo Abe, who worries that the issue of abducted Japanese would be ignored, has changed the policy of pressuring Pyongyang to dialogue and sought to organize a summit with North Korean leader Kim Jong-un. Kim reportedly said he was open to meeting the Japanese leader. There are chances of a Kim-Abe meeting that could lead to normalization of Japan-North Korea relations. Yet Abe set a condition: comprehensive resolution of outstanding problems between them - Pyongyang's nuclear and missile programs and the abduction issue. 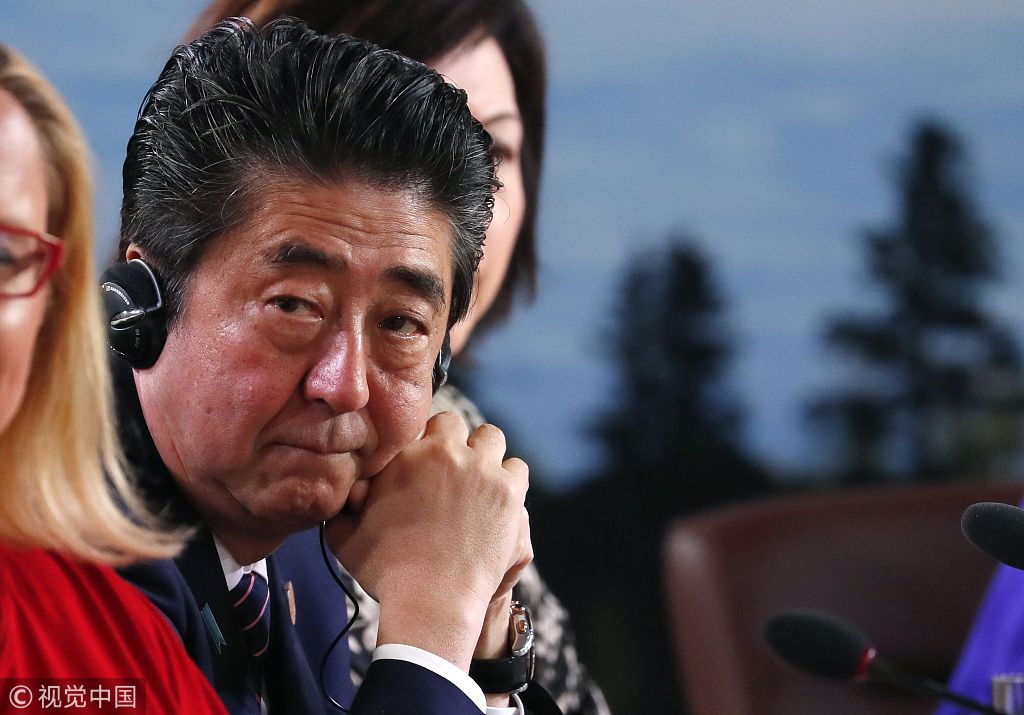 Abe favorably regards the series of moves by Pyongyang, including its decision to halt nuclear and missile tests, closure of Punggye-ri nuclear test site and promise to blow up other missile launch sites at the Trump-Kim summit on June 12. But the Japanese government still wants North Korea to do more.

In fact, Tokyo is on guard that after the summits Pyongyang may intend to push the international community to lift sanctions and be recognized as a state with nuclear weapons. Tokyo also wants to have China's cooperation on the issue. Abe and Chinese President Xi Jinping held telephone talks on May 4 over the Korean Peninsula issue.

Although Abe is rushing to meet with Kim, there are hurdles in the way for such a summit. Above all, Japan is dissatisfied with what Pyongyang has said and done in terms of abandoning nuclear and missile programs and Tokyo has urged the US not to ease sanctions on North Korea. This may offend Pyongyang. Besides, since North Korea thinks that the abduction issue has been resolved before, it will take time to be convinced to discuss the issue. Moreover, there are no channels between Japan and North Korea for direct and effective communication. They have to communicate through other countries like China, South Korea and the US. Hence, it would be difficult to organize an Abe-Kim summit.

With Trump's support and the promise of economic aid, Abe intends to convince Kim to make some concessions so that the two leaders can meet and talk about the abduction issue. Japan wants to make the summit happen in September on the sidelines of some international conferences. If the summit can be held, Tokyo would figure out the issues to be taken up with North Korea according to Japan-North Korea Pyongyang Declaration, normalize diplomatic ties and undertake economic cooperation.

It remains to be seen how effective Abe's plan will be to hold the summit with Kim. As the US and North Korea push forward their negotiations on complete denuclearization, the international community may gradually lift sanctions on North Korea and then Pyongyang will have less expectation of economic aid from Japan. Trump, who Americans believe made concessions to Pyongyang over denuclearization, is unlikely to pressure Kim to take up the abduction of Japanese citizens. Abe is in a complicated situation to seek the summit with Kim.

The author is a research fellow at the research center for economies and politics of transitional countries, Liaoning University.