OPINIONS Actions of current US government reminiscent of fascism

Actions of current US government reminiscent of fascism

On August 5, the US State Department issued a "Clean Network" statement on its website, claiming that 27 operators around the world have abandoned Huawei and ZTE equipment in the construction of 5G networks. The stated purpose is to build a 5G "Clean Network" and ensure the "highest security standard." It called on other countries to follow suit and exclude Chinese companies such as Huawei and ZTE from 5G construction. 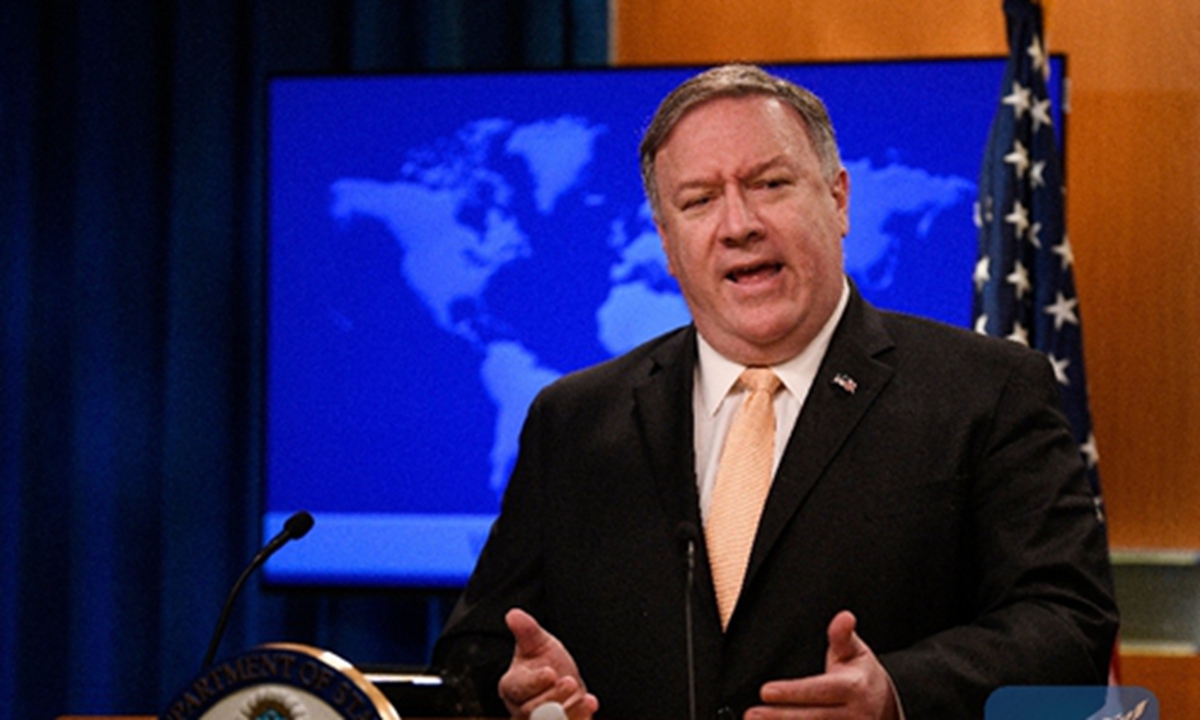 The announcement drew plenty of criticism on social media. The comment of one of the US netizens is thought-provoking. He said, the word "clean" is used in an uncomfortable way, evoking the inhumane rhetoric of "us versus them" that fascists often use. That's not the kind of word I want to hear from the State Department, and I doubt the rest of the State Department would support that either.

Why do US netizens associate the word "clean" with fascists saying "us versus them"? If you think about it, the logic behind the madness of the US government for some time does have some suggestive parallels with fascism.

First, it is to attribute their national decline to external factors or the destruction of a particular race. Looking back at the development of fascism in the first half of the 20th century, one can see that its core mode of operation is to construct a mythical past and that beautiful past was destroyed in history.

This is done to justify the cause of purifying the state and giving itself the political justification that everything is done to restore the state to its glory. The country had lost its glory because it was destroyed by outsiders. In the view of the Nazis, the downfall of the great German Empire was brought on by the Jews. A strict distinction must therefore be made between "us" and "them". In this case, "we" are pure, heroic and good, and "they" are evil, dark and enemies of "us" that had not only led to national decline in the past, but would continue to hinder a return to national glory in the future.

The US government has long been plagued by serious polarization between the rich and the poor, high unemployment rates, prominent racial discrimination and other problems. It is urgently attempting to boost the economy and solve social contradictions. The US government hopes to recreate the miracle of development and project itself as a great power of the past. However, the US government has not focused on solving its own economic structure, or fully supported its people. Instead, it has transfers domestic conflicts to the outside world, believing that the chronic trade deficit allows "them" to steal US wealth and jobs and take advantage of the US. This has caused the US to lose its former glory.

Since the beginning of 2018, the Trump administration has launched a comprehensive trade war around the world, including China, the EU, Mexico and Canada. The Trump government has portrayed China as the No.1 enemy that prevents the US from becoming "great again".

Trump is trying to rewrite the history of decades of important diplomatic relations between China and the US where differences were overcome and shelved to reach common ground and mutual benefits. His advisors and others are distorting history by portraying China as unilaterally seizing the fruits of US development. Yet they keep quiet about the enormous gains the US has made from it.

US politicians blatantly lie that China uses US money to achieve its own development. They make false claims that China is taking away the supply chain from the US, leading to economic setbacks and the loss of a large number of US jobs. This serves as an excuse to encircle China and contain China's development around the world.

Second, it is to produce and spread conspiracy theories of global domination by one nation or race.

Fascism takes conspiracy theories to their extreme, conniving, producing and spreading them. It replaces reasoned debate with "fear and anger". Fascist propaganda is full of "us" and "them", as the enemy "they" have all kinds of plots to undermine "us".

Some US politicians are veteran producers and propagators of conspiracy theories. They have identified China as an enemy and have established a presumption of guilt for all of China's legitimate and reasonable actions. In their words, almost all Chinese students studying abroad have a background of espionage. All Chinese enterprises will threaten the national security of the US. The novel coronavirus was even deliberately created by China and spread around the world. These lies have been disproved by the facts, but US politicians still love to hype them.

A strong signal that US politicians want to send to the world is this: China is eager to establish world hegemony and must be confronted. They ignored the fact that China has always adhered to the path of peaceful development and opposed hegemonism, as well as the fact that in the more than 70 years since the founding of the People's Republic of China, China has never initiated a war or occupied an inch of land.

US politicians spread conspiracy theories about China's "pursuit of hegemony" to demonize the Communist Party of China (CPC) and do everything possible to fabricate rumors and discredit issues related to Hong Kong and Xinjiang. At the same time, the US has established itself as the guardian of the "free world", coerced countries to choose sides, tried to build a coalition to stifle China, and deprive China of its right to legitimate development.

Since the outbreak of the COVID-19 epidemic, the US government has intensified its attacks against and discredited China, forcefully blaming China and justifying its own failure to respond to the pandemic. US politicians have repeatedly and deliberately used such stigmatizing expressions as "China virus" and "Wuhan virus", spread such false information as "Wuhan laboratory leak", and fanned the "China responsibility theory" and "China compensation theory". This is being done in an attempt to instill in the world the notion that China is to blame for all its misfortunes. It provokes fear and hostility toward China.

Some US politicians are obsessed with creating and spreading conspiracy theories that Chinese high-tech companies threaten US national security, supporting their claims that China seeks hegemony. More recently, without any real evidence, the US government has used state power to hunt down Chinese companies including Huawei, Bytedance and Tencent, banning US domestic operators from buying Huawei and ZTE equipment. The US government issued a "Clean Network" statement on the pretext of safeguarding national security, threatening to create a "coalition of clean countries" and deliberately ignoring the fact that it is the US itself that actually eavesdrops on the world and monitors other countries.

Third, it is to suppress the freedom of the mainstream media.

The bottomless and unprincipled behavior of the US government has aroused the dissatisfaction of the US citizens and people around the world. If it goes its own way, it will surely meet even stronger opposition. This year marks the 75th anniversary of the victory of the World Anti-Fascist War. Let us cherish more the hard-won peace, stability and prosperity of today's world. As many people have pointed out, the US has become the greatest threat to world peace and security today. All peace-loving people in the world should unite and firmly say "no" to the bad behavior of the US government.

The author is an observer of international affairs.