OPINIONS Actions will help us save the 'magic bunny'

Actions will help us save the 'magic bunny' 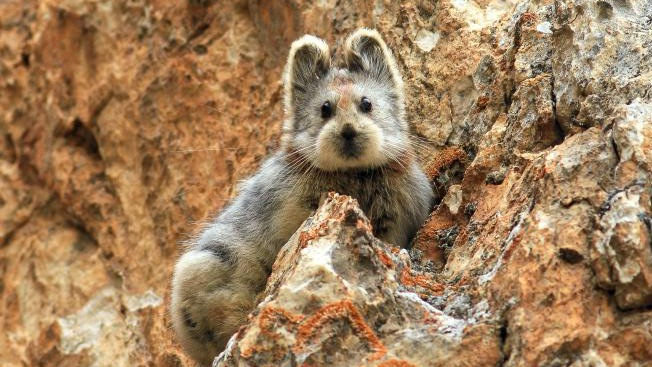 The National Geographic magazine has called the rediscovery of Ili pika, a tiny mammal with a teddy bear face "one of the world's longest games of hide-and-seek."

As a cold-tolerant species, the survival of Ili pika is threatened by climate change and human activities. Having been discovered for the first time in 1983, the numbers of this tiny creature have fallen by almost two-thirds in 30 years. The remaining Ili pikas were less than 1,000 when they were rediscovered in 2014.

The story of Ili pika reflects, to some extent, the contradictions between economic development and environmental sustainability. But does it mean we can't have both?

"Change" was a word Wu Changhua, vice chair of the governing council of Asia Pacific Water Forum and director of Professional Association for China's Environment reiterated in describing China's environmental protection policies over the past four decades.

"We have witnessed a steady revolution of the policy changes there," said Wu.

The introduction of the "river chief " policy, the implementation of the Water Pollution Prevention and Control Law of the People's Republic of China, etc. Numerous new policies have witnessed China's determination and contribution in environmental protection.

"China is definitely on its journey towards a clean revolution by setting clear and good goals," concluded Wu.

Fan Zhiyong, director of WWF China's species program pointed out that as the first international NGO to work on nature conservation in China, WWF has witnessed the huge progress in China's environmental protection.

He gave the example of giant panda conservation. When China began its cooperation with WWF in the 80s, few people knew about the importance of environmental protection or the concept of endangered species.

However, because of efforts of the Chinese government, international organizations, scientists and the public, China now has 67 nature reserves for the protection of giant pandas and the population of wild giant panda has increased from 1,114 in the 1970s to 1,864 now.

According to Wu, the awareness of the public towards environmental protection has been raised in recent years, people begun to worry about the negative effects the deterioration of environment might bring to themselves and the future generation and positive actions have been taken.

Yet, there's still an existing huge gap in the public awareness. Therefore, it is important to use platforms such as TV and social media to further mobilize people's actions on environmental protection, according to Wu.

It is feasible to solve the dilemma between economic development and environmental sustainability, and China is moving towards it. However, there is still a long way to go, concluded Wu.