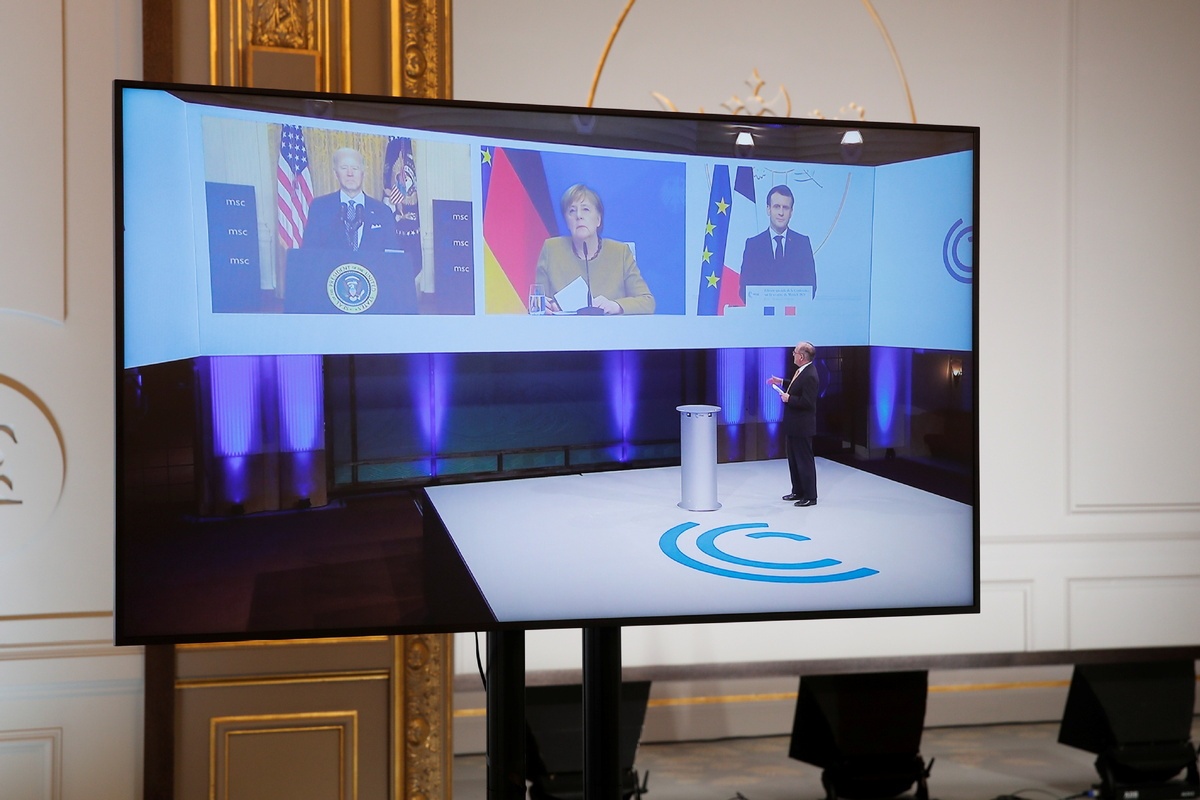 The world is facing pressing threats - the pandemic, climate change and unilateralism.

To find solutions to these challenges, global policymakers held a virtual session of the Munich Security Conference Special Edition on Feb 19.

At the conference, experts discussed how to rebuild and renew the transatlantic alliance and highlight areas in which international cooperation is most urgently needed.

As German Chancellor Angela Merkel pointed out during the MSC Special Edition, meeting global challenges cannot be achieved without international cooperation, and China can make more contributions to the world by helping to address these challenges. Three areas in particular stand out as priorities for cooperation.

The ongoing pandemic has led to 112.5 million cases and about 2.5 million deaths worldwide, according to Johns Hopkins University data from Feb 25.

Population-wide vaccination seems to be the most powerful weapon against the disease. To date, China has provided vaccines to 53 developing countries including Pakistan, and will export vaccines to 22 other countries. China has also decided to provide 10 million doses of vaccines to COVAX, the global initiative to ensure equitable access to COVID-19 vaccines.

Unfortunately, some low-and middle-income countries do not have access to vaccines. And the lack of vaccine production capacity and high requirements for storage and transportation also make it challenging to promote widespread vaccinations.

As the world's three largest economies, China, the United States and the European Union should convene a vaccine summit and establish a trilateral dialogue and coordination mechanism to advance cooperation in vaccine research, production and distribution under the coordination of the World Health Organization.

Antonio Guterres, secretary-general of the United Nations, called for the participation of all countries and companies that have the power, scientific expertise and industrial and logistics capacity in order to be able to produce and implement a global vaccination plan to make sure that vaccines reach everybody, and everywhere.

Second, global warming is another major challenge threatening humanity, and China needs to make its own contribution regarding carbon emissions reduction.

Unless managed, climate change will not only kill five times as many people per year as the pandemic does by the end of the century, but also trigger a migration crisis, Microsoft co-founder Bill Gates said at the MSC.

On Feb 1, China launched the world's largest carbon trading market, which will help the nation to achieve its goal of carbon neutrality by 2060. Furthermore, China is a global leader in renewable energy, which is an indispensable part of the drive to cut carbon emissions.

In order to further accelerate carbon emissions reduction and meet the development needs of developing countries at the same time, a global climate summit including the G-7 countries, China, Russia and India should be convened.

This "G-10" would include the world's top six carbon emitters and facilitate international multilateral climate cooperation. The expansion would increase the representation of the G-7 from 10 percent of the world's population to 47 percent.

Third, US President Joe Biden signaled that the US is returning to multilateralism during his debut at the MSC. Whether the EU will grasp the hand that Biden is extending still depends on how Germany and France define their future cooperation and coordination, as Merkel made it clear in her speech that Germany would have its own stand on international issues.

Under Biden's administration, there are at least four areas for China and the US to start dialogue. They can communicate and cooperate on climate change, pandemic control, World Trade Organization reform and joining the Comprehensive and Progressive Agreement for Trans-Pacific Partnership-to which both countries have expressed openness.

It is also recommended that the two countries relaunch negotiations on a bilateral investment treaty. Negotiations were launched in 2008 but later suspended.

The American Chamber of Commerce argues that a China-US BIT could help to reduce the US trade deficit, and that it would be sensible to complete the agreement in a timely manner. A BIT would also be a catalyst to global economic recovery, like the EU-China Comprehensive Agreement on Investment and the Regional Comprehensive Economic Partnership.

"United we stand, divided we fall," it is said. International cooperation is called for to meet global challenges, and each economy should fulfill its responsibility.

The author is secretary-general of the Center for China and Globalization, a think tank based in Beijing. The views do not necessarily reflect those of China Daily.