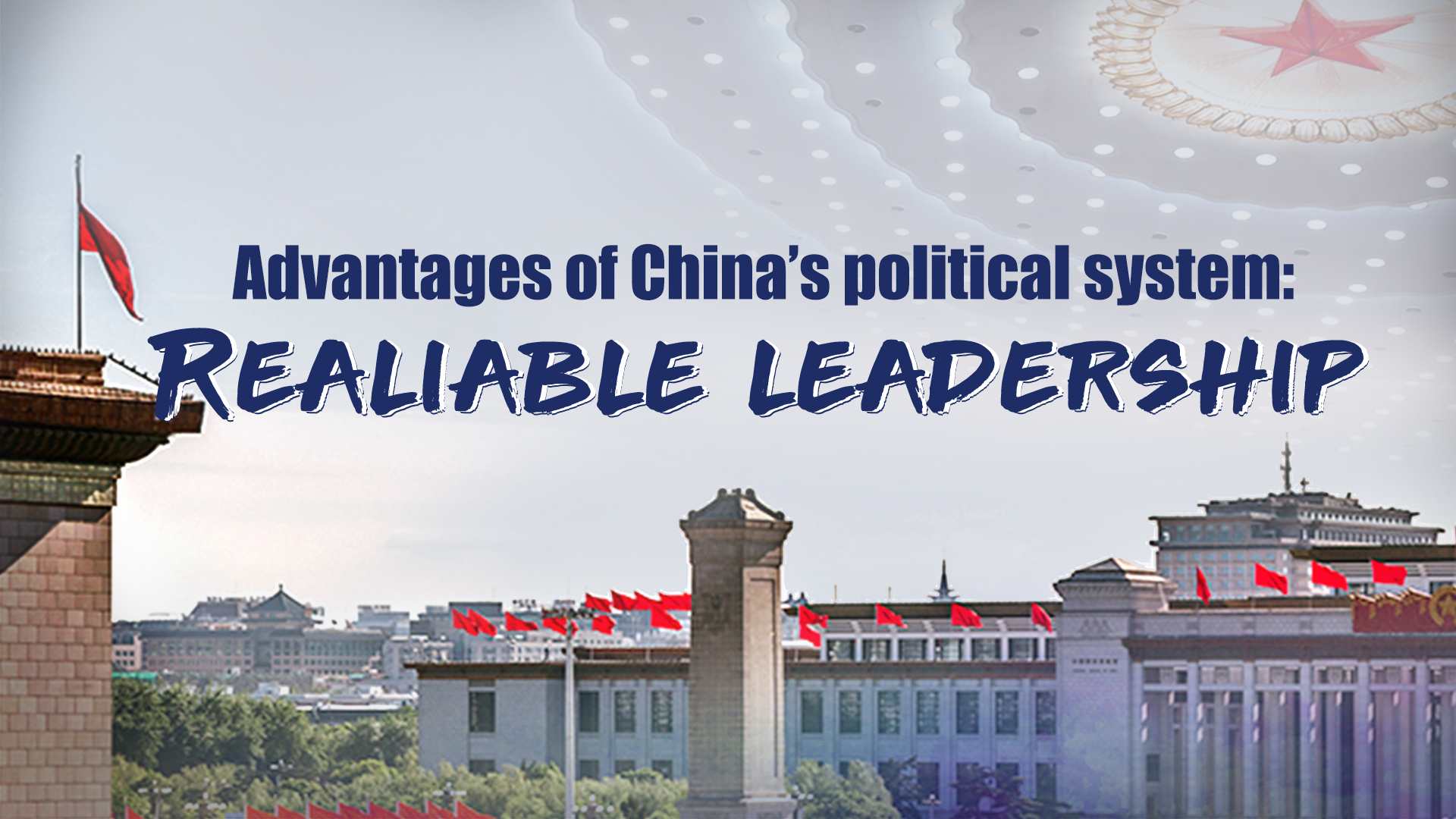 Since China's reform and opening-up, China has stood out from other developing countries in its ability to achieve rapid economic growth. How has it been able to achieve this development miracle?

I believe the fundamental reason for the growth is due to the Communist Party of China (CPC) and it's great governing capacity, which provides an essential institutional framework for long-term and stableeconomic and social development.

How does the party have such a great governing capacity? It's because it is capable of strengthening this capability through continuous party-building efforts.

The CPC is a political party that has withstood the test of ruthless struggles. It had been suppressed and its members slaughtered since the beginning of its establishment. From the founding of the CPC (1921) to the establishment of the People's Republic of China (1949), hundreds of thousands of Party members have sacrificed their lives in the struggle.

After nearly 30 years of battles and bloodshed, the CPC managed to survive, grow and eventually secure the ruling position in a country with 600 million people (China's population in 1949). Such an achievement could not have been possible without the CPC's hardcore governing capability in its genes.

Nowadays, no other major political party of the world's leading economies has been through such dire challenges, nor has any political party been able to influence the development of its country in such a profound and long-lasting way as the CPC.

The CPC is a super political party with both spiritual and governing strength. It has always upheld Marxism, socialism and communism as the core of its political belief system. It not only cares for the Chinese people and strives to create a “world for all," but also devotes itself to making greater contributions to mankind by building a community of shared future.

The CPC has continued to attract the best and brightest of the Chinese people and established a rational ideological and theoretical system that keeps advancing with the times. It has set up a robust organizational system that ensures strict enforcement of orders throughout its central, local and grassroots Party organizations and among its more than 89 million members.

The Party has also established close ties with state institutions and almost all formal organizations in Chinese society, from national to grassroots level. The more than 4.5 million grassroots Party organizations have united the entire nation or one fifth of the world's population.

Since the 18th Party Congress, the CPC Central Committee has made fighting corruption an important part of its initiative to strengthen Party discipline. While punishing corrupt officials with unprecedented rigor, it has also made remarkable and widely recognized progress in developing a rules-based Party governance system along side a law-based national governance system.

In contrast, in the United States' two-party system, neither the Democratic nor the Republican have a stable base of sworn-in party members or permanent Party organizations at different levels. Party affiliation is only registered for presidential elections. The main task of party activists is to raise funds for elections.

There is also no written party constitution except the ones put forward before elections, the administrative goals mentioned in which are rarely delivered, especially with the change of majority party in the Senate and the House.

What's more, the influence of money on U.S. presidential elections and even on the pulse of U.S. party politics has continued to grow, reducing democracy to buying votes.

In 2010, the U.S. Supreme Court ruled that all kinds of non-party organizations (including all kinds of capital groups and interest groups) could invest in politics without restriction on the ground of protecting freedom of speech.

President Bush senior, Bush junior and Obama have all reserved nearly one third of the U.S. ambassadorial posts abroad for large political donors supporting their candidacy. Such blatant attempts to put government positions for sale is rarely seen in the world. Political corruption is the worst kind of corruption. Sadly for America, its political corruption is systematic and openly protected by law.

In conclusion, the underlying reason of the comparative advantage of China's political system is the leadership of the CPC. It is precisely because of such an independent political force at the core of leadership that China has been able to create a development miracle, surpassing the West in just a few decades.

This point of view even finds considerable support in the United States. People in contemporary Chinese society should also highlight such an understanding.