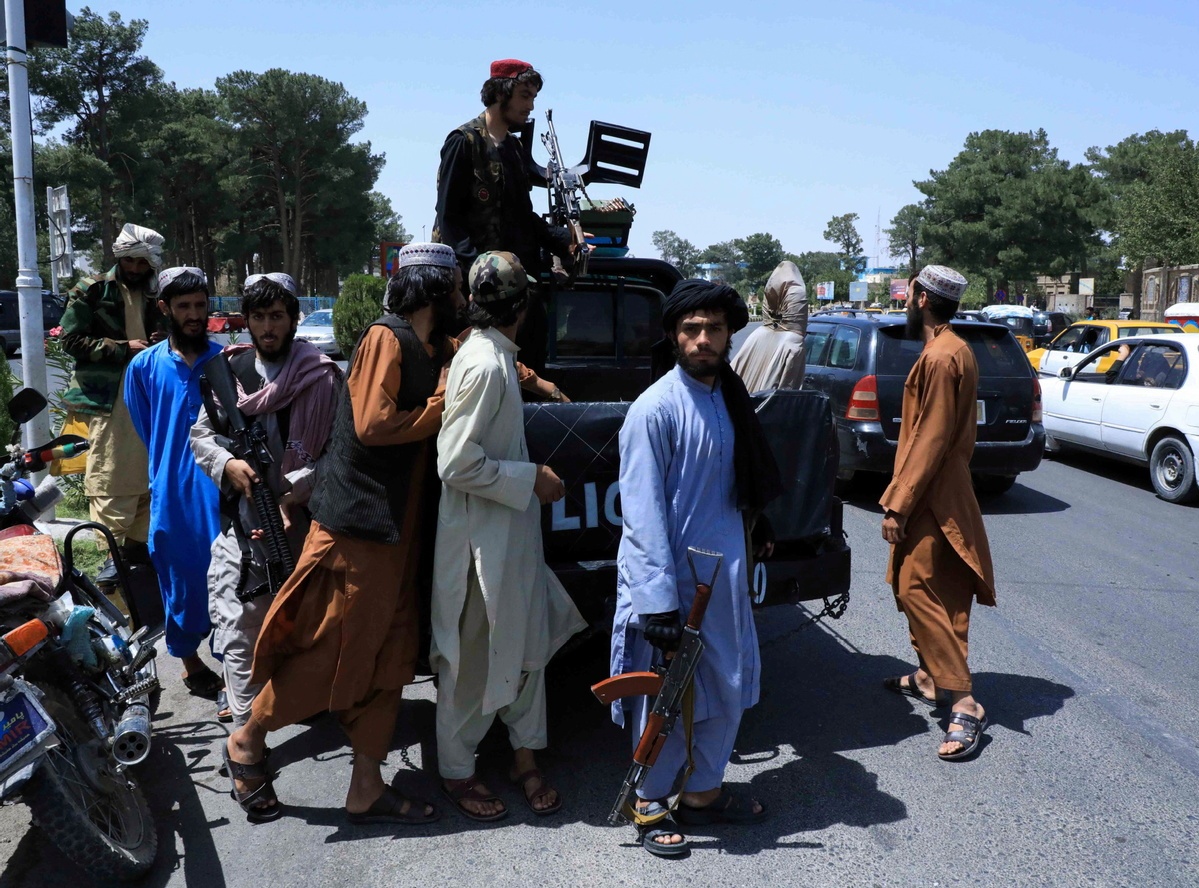 United States troops entered Afghanistan two decades back in the name of a "war on terror". The US then attempted to build a modern Afghan state. While the former hardly qualifies as the victory President Joe Biden claimed, its attempts at the latter are an unmistakable, unfolding, messy failure.

As the Taliban captures one city after another, leaving the fate of the Afghan capital and government on the line, President Joe Biden seems determined to fulfill his plan to withdraw the US military presence as scheduled. The US is exiting the country, no matter what.

"An endless American presence in the middle of another country's civil conflict was not acceptable to me," he said on Saturday, the day when the Taliban took two strategically significant cities to the south and north of Kabul.

Even as Taliban fighters entered Kabul on Sunday and were reportedly seeking the unconditional surrender of the central government, the US and its allies are acting like disinterested parties, hurriedly accelerating the withdrawal of their nationals.

President Biden has authorized the deployment of 5,000 troops to guarantee "an orderly and safe" drawdown of US and allied personnel. The United Kingdom has sent 600 troops to help evacuate British nationals, and its ambassador has already left Afghanistan.

In the past few weeks, each place the US troops have withdrawn from has fallen to the Taliban in no time. Taliban fighters entered Mazar-i-Sharif on Saturday virtually unopposed, because the government forces surrendered first.

The Taliban now controls about 24 of Afghanistan's 34 provinces, and may make further advances soon given the present momentum.

Whether the US will be able to smoothly pull out its troops by the August 31 deadline and how it will honor its claimed commitment to peace and stability in Afghanistan are by and large technical concerns. What Afghanistan as a country and its people will face following the departure of the US and its allies will be the real matter of significance.

US envoy Zalmay Khalilzad's Saturday meeting with Taliban representatives in Doha has failed to stop the fighting. It remains to be seen whether the ongoing efforts that Afghan President Mohammad Ashraf Ghani mentioned would at least maneuver a ceasefire and a peaceful end to the civil strife.

There have been fears of the Taliban returning to power and subsequent humanitarian crises.

The Taliban on Saturday assured both Afghans and foreigners that they would be safe, and it would "create a peaceful and secure environment" for Afghanistan.

Hopefully they will honor the promise. The people of Afghanistan have suffered enough from the devastation of war. They deserve peace.