OPINIONS Afghanistan, testament to US mess-making

Afghanistan, testament to US mess-making 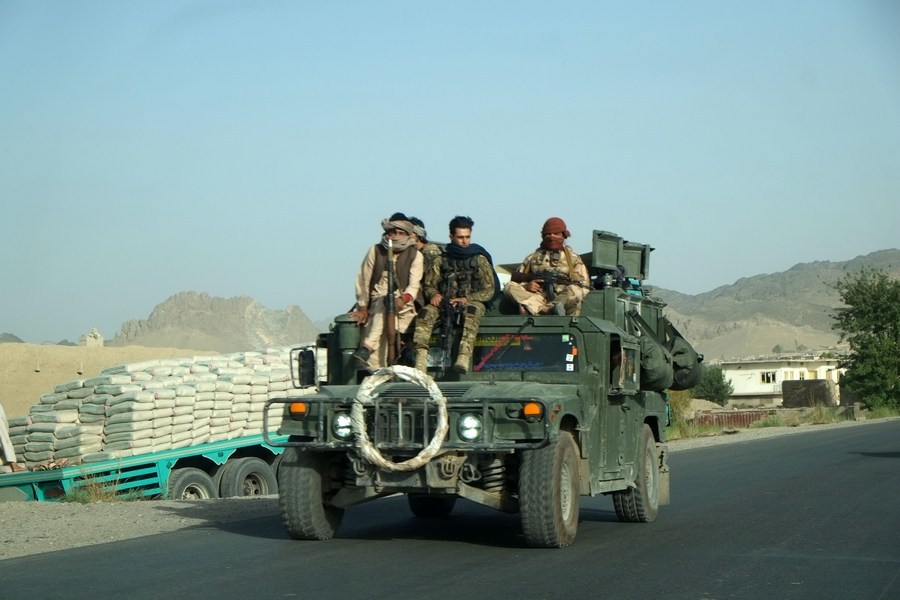 The security situation in Afghanistan has been worsening with each passing day since the United States commenced its troop withdrawal from the country on May 1. Yet, it seems the worst is still to come as the irresponsible US decision is leaving a huge security vacuum that plays right into the hands of the Taliban and other extremist actors.

Over the past month, the Taliban has been stepping up military activities and seized more than 70 districts. In the latest development, it occupied Khash District in the northern Badakhshan Province on Wednesday.

The militant attacks and fighting among various factions have pushed Afghanistan into an abyss of violence and created a humanitarian disaster.

On Saturday, three explosions outside a secondary school for girls in western Kabul alone killed at least 50 people and injured over 100 others.

Afghanistan has paid a costly price for the war the US launched against it in revenge for the Sept 11 terrorist attacks in 2001. It is estimated that 66,000 Afghan troops have been killed, and over 2.7 million people have been displaced.

Now, 20 years later, the Taliban, instead of being beaten, has only gained in strength while Afghanistan has been plunged ever deeper into crisis.

When US President Joe Biden told visiting Afghan President Mohammad Ashraf Ghani on Friday that the US troops may be leaving but support for Afghanistan is not ending, it was hardly convincing to either the Afghan leader or its people. After all, the US goal of pulling out troops by the Sept 11 deadline itself lays bare the US intention to disentangle itself from the quagmire it has created in Central Asia.

With the US halfway toward its goal of total withdrawal, not only are intra-Afghan negotiations experiencing setbacks and the security situation deteriorating, but also the country's economic and humanitarian situation is getting increasingly precarious.

Even though the White House touts its commitment to a lasting peace in Afghanistan, the grim reality shows that by invading the country first and then leaving it in a big mess, Washington only cares about its own political and security needs, not about the future of Afghanistan and its people, or that of the wider region.

In the final analysis, it is Washington's penchant for intervention that has sowed the seeds of turmoil and instability in Afghanistan, and created the current security black hole that will cast a long shadow over both Afghanistan and the region in the years to come.

What is happening in Afghanistan shows the country is still a breeding ground for terrorism despite the two-decade US war. While the US needs to reflect upon its interventionist policy, the international community needs to do more to push the reconciliation process in Afghanistan.