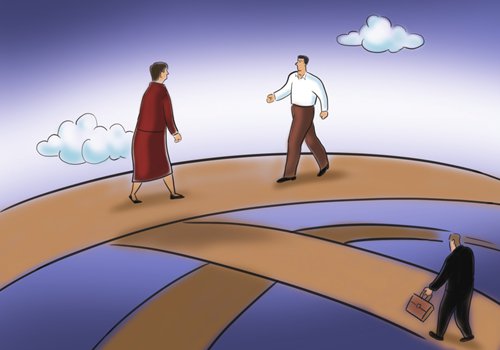 March 21 in Kigali, Rwanda, saw African leaders launch the biggest free trade agreement since the establishment of the Geneva-based World Trade Organization 23 years ago.The African Continental Free Trade Area is a culmination of an agreement reached in 2012 and the intense negotiations of African heads of government that started in earnest in 2015.Initially the accord was to be signed by 55 member states. Only 44 signed the document after Nigeria, Africa's biggest economy, absconded. Whichever way you look at it, Rwanda's President Paul Kagame, also the African Union chairman, rightly put it: "Some horses decided to drink the water. Others have excuses and they end up dying of thirst." The new free trade area brings together an estimated 1.2 billion people with a combined gross domestic product of more than $2 trillion. The draft agreement commits countries to removing tariffs on 90 percent of goods, with 10 percent of what they referred to as "sensitive items" to be phased in later. Crucially, the covenant liberalizes services and aims to address the perpetual problem of non-tariff barriers, which have become the biggest headache in intra-African trade. Such barriers come in the form of government laws, regulations, policies, conditions, restrictions or specific requirements or prohibitions that protect domestic industries from foreign competition.Once the bottlenecks are done away with, African states look forward to a situation where there will be free movement of labor and the establishment of a single currency like the eurozone monetary union of 19 European countries. Ultimately with the implementation of the agreement, the United Nations Economic Commission for Africa estimates intra-African trade will increase 52 percent by 2022 based on 2010 trade volumes.The rest of the world has watched closely as the market opens up more opportunities and accelerates competition. China has been following developments keenly. This is because Beijing's interests run across Africa: from Cairo in Egypt to Cape Town in South Africa. Chinese companies have diversified their business pursuits in African countries from infrastructure, manufacturing and telecommunications to agriculture.No wonder ties between China and Africa deepened to the level where the former overtook the US as Africa's largest trade partner about a decade ago. With the removal of trade barriers through the launch of a single continental market in Africa, China stands to be a big beneficiary. This is partly due to the fact that its tentacles are extensively spread across the continent. Importantly, Chinese investors have managed to conquer the barriers, such as national borders, erected during colonial times in Africa, to push for intra-African investments. One such investment is the Ethiopia-Djibouti electrified cross-border railway line which links Addis Ababa to the Red Sea port of Djibouti, a stretch of more than 750 kilometers.Even as it readies itself to reap many opportunities, China should play a prime role helping the continent achieving its dream. This could come in the form of expertise as well as finances. Africa, the brains behind the union, should also walk the talk. It is time it appreciated the fact that international trade is a driving force of economic growth. For a long time, African countries have jealously pushed for protectionist policies by guarding their borders and imposing tough measures against cross-border free movement of factors of production. Even the movement of Africans across the continent has been challenging with those doing so required to get necessary documents such as visas. Such issues have made intra-African trade unattractive and expensive. It was not until 1994 that the Common Market of Eastern and Southern Africa was launched. Later on in 2000, the East African Community (EAC), which had collapsed in 1977, was reborn. Prior to its collapse, EAC was one of the oldest and most prosperous regional economic blocs in the world.Given proper attention, the African Continental Free Trade Area would certainly compete favorably with the Association of Southeast Asian Nations Free Trade Area that was signed in January 1992 amalgamating Brunei, Indonesia, Malaysia, Philippines, Singapore, Thailand, Vietnam, Laos, Myanmar and Cambodia.Now the tough work begins. Africa must resolve the challenges of multiple and overlapping memberships and enhance its competitiveness.