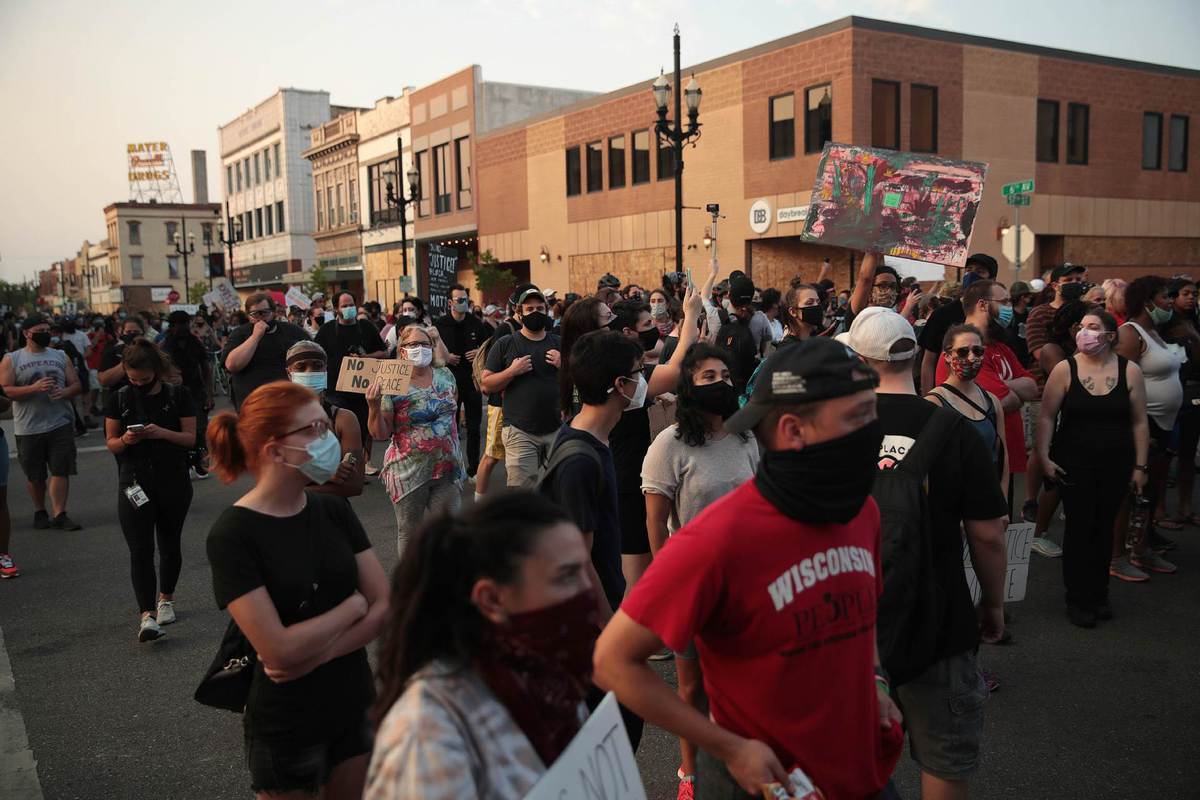 People gather to protest against the police shooting of Jacob Blake on Aug 24, 2020 in Kenosha, Wisconsin. (Photo: Agencies)

On Sunday, Jacob Blake, a 29-year-old black man, was shot seven times in the back as police tried to restrain him from entering his car in Kenosha, Wisconsin. Reportedly, his children watched this from inside the car.

Unfortunately, Jacob Blake may not be the last African American to pay with his life even if the investigation holds the police accountable for the tragedy.

With the protesters, most of them black people, justifying their vandalism and violent protests while crying out "No justice, no peace", American society is being pushed into a vicious, violent cycle.

Black lives matter and racial discrimination seems to be at the center of the issue. But that's only one side of the story. What really matters is that African American people generally lack opportunities to climb up the social ladder even though they enjoy legal status as equal US citizens following the Civil Rights Movement in the 1960s.

It is much more difficult for black people to access quality education and medical care than white and other colored people. Thus, poverty and the lack of upward social mobility are passed down from generation to generation among African Americans.

That's why the dignity guaranteed by law remains only in theory.

And the comparatively high crime rate and series of social problems related to African Americans further intensifies the white-centered society's stigmatization of them.

So, the inherent institutional injustice and unfairness in American society have invariably been tilting social resources, wealth and opportunities in favor of white people for hundreds of years.

Until such institutional problems are addressed－meaning the better-off club gives up some of its privileges for the benefit of the black people－the tensions between black people and white people in the US will not ease.

But unfortunately, the power-holders in the country are also members of this better-off club, and they will not let go of their interests. What they can do, as experience shows, is only pay lip service or symbolically punish individual police officers in a bid to temporarily calm people's tempers.

That means black people in the US still have a long way to go before their legal rights can be turned into practical interests.