OPINIONS After 10 months of confusion, chaos and deaths, can West have a clear virus-fight strategy?

After 10 months of confusion, chaos and deaths, can West have a clear virus-fight strategy? 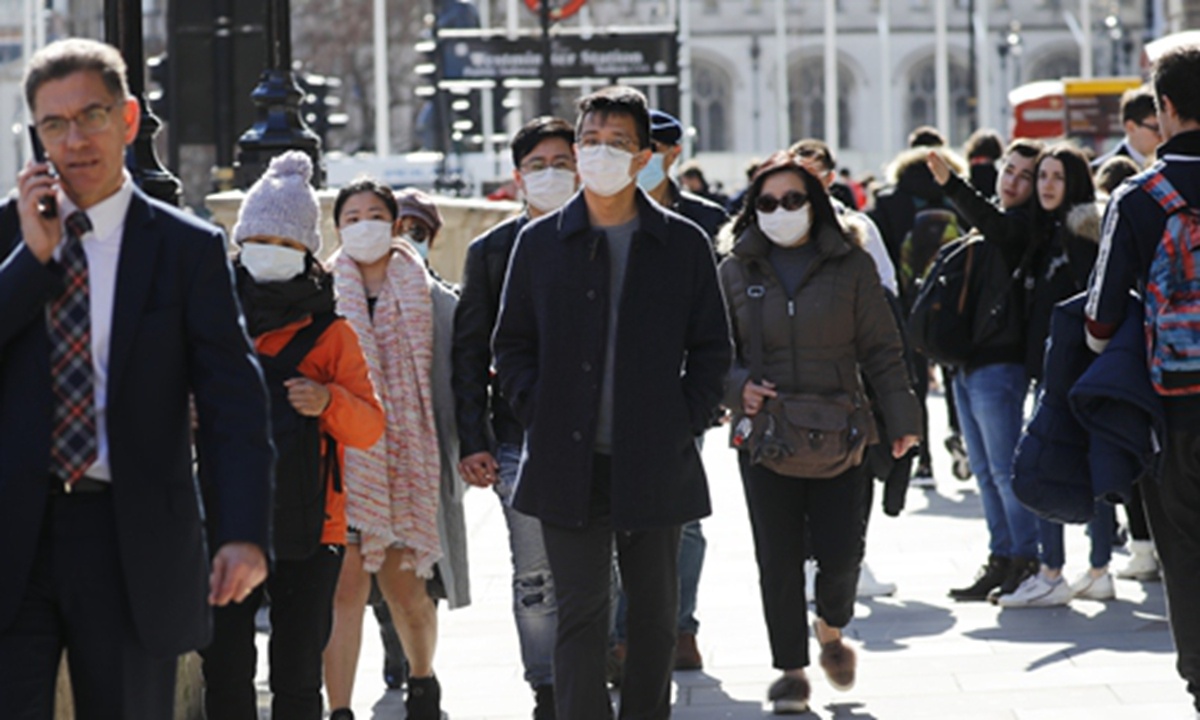 People wear protective face masks as they walk down Whitehall in the Spring sunshine in central London. (Photo: AFP)

We are approaching the end of December. The pandemic struck Europe and the US in March. That is now 10 months ago. Much of Europe is once more in varying degrees of lockdown. In the US, COVID-19 continues to spread unabated. The situation in the West is now as bad as at any time since it all began. With the honourable exception of New Zealand, the West has singularly failed to quell, let alone eliminate, the virus. Without a vaccine, evidence suggests that the West will have to learn to live with the coronavirus indefinitely.

Why has the West failed so miserably? From the outset, Western governments have failed to take the pandemic seriously, ignoring the fact that the pandemic in East Asia was likely to migrate to Europe and North America. It exposed a remarkably provincial mentality: that the West was different, that somehow it would be unaffected. By the time it arrived in March, it was totally unprepared for the pandemic. Desperate efforts were made to acquire sufficient PPE and testing facilities. But from the beginning to the present, Western governments, and their populations, have constantly been on the backfoot, on the defensive, always behind the curve of the virus.

Western governments have been bereft of a clear strategy. Governments have been dogged by an unending debate about what the priority should be. What mattered most, the virus or the economy? No government adopted China's strategy, and that of other East Asian countries, that the fundamental priority was to eliminate the virus. There has been a constant debate regarding the power of government versus the rights of the individual. Everywhere, as a result, government policy has yo-yoed between clamping down and lifting off, emphasizing the economy and then worrying about the pandemic. In the US, the pandemic has always taken second place to the economy, with the dire consequences that we can all see. In Europe, the approach has been more ambiguous, the result almost but not quite as disastrous.

After 10 months of confusion, chaos and unnecessary deaths, the strategy that should have been pursued is abundantly clear. The overriding priority must be to eliminate the virus. Until that is achieved, the economy will at best do no more than limp along. That requires the strictest isolation and quarantine measures, social distancing, the universal wearing of masks, mass testing and effective contact tracing.

But Western governments have proved incapable of doing this. Why? By and large, they do not think strategically. Their outlook is overwhelmingly short-term, concerned about their popularity and the next election, a mentality that has grown worse over time. They also lack competence. Every major challenge that the UK government has faced during the pandemic has been botched. It is the task of government to provide leadership so that people understand the priorities. This is another area of failure. If governments are constantly yo-yoing, people receive confused messages.

But successful governance is not just about government, it is also about culture and society. Here there has been a chasm between the Western response and the East Asian response. It is impossible to successfully fight the pandemic without a strong sense of social responsibility and social discipline: respect for government and its authority, a willingness to prioritise the interests of society above those of the individual, a recognition that the conduct of each and every individual is crucial for the well-being of society. The roots of difference are very deep, the contrast between the Confucian character of East Asian societies and Western individualism. In recent decades, moreover, selfish individualism has become increasingly pronounced in the West. The best illustration of the problem can be seen in the wearing of masks: whereas in China and elsewhere it is universal and uncontested, in the West only a minority wear them.

There is extraordinary ignorance in the West about the success of China and East Asia in fighting the pandemic. The West likes to think of itself as cosmopolitan about the world. But the pandemic tells a different story. In reality it is inward-looking, self-obsessed and bereft of curiosity. Westerners knowledge of the pandemic, and interest in it, does not extend beyond the West. Rather than being cosmopolitan, the West is becoming increasingly provincial in its outlook.

Perhaps a vaccine will give the West respite from the pandemic. But its impact has already been so enormous, in terms of both health and the economy, that the repercussions are bound to be profound and long-lasting. The pandemic is a huge test of governance, by far the greatest since 1945. China has passed with flying colours, the West has failed miserably. 2020 will be seen as marking the Great Transition, a growing recognition around the world that the baton of global leadership is passing to China.