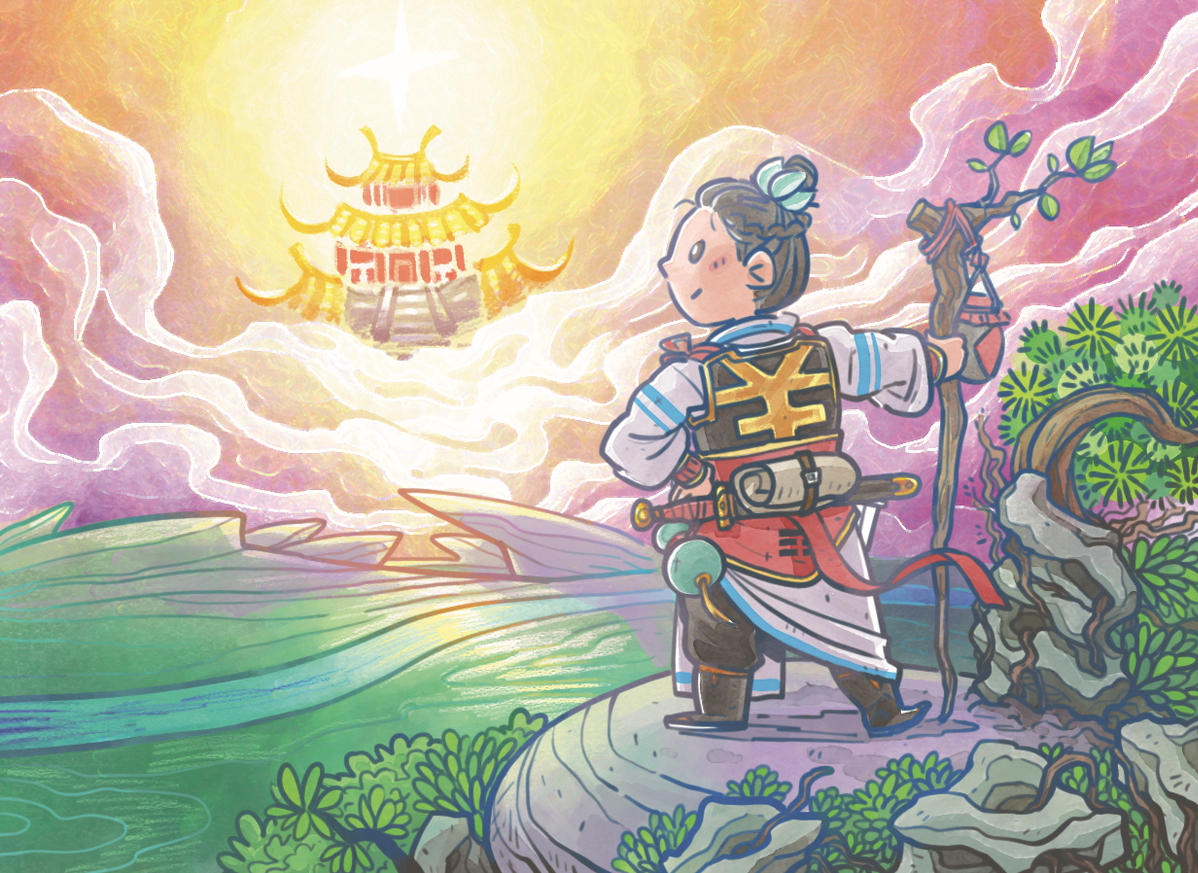 At present, the nation's economy is facing many serious challenges. Externally, the Russia-Ukraine conflict, global supply chain woes and disputes with the United States are weighing on sentiment. Internally, COVID-19 resurgences and various long-term factors such as debt risks faced by the real estate market and financial institutions as well as weakening market confidence among investors are creating uncertainty.

Indeed, there are many short-term difficulties in sight, but medium- and long-term prospects are more promising. China has become the world's second-largest economy after more than 40 years of reform and opening-up. And this will incubate more growth opportunities in terms of both supply and demand than any other major economy over the next five to 10 years.

For example, from the perspective of the supply side, there is a relatively high national savings rate, a complete industrial system, abundant human capital accumulated over 40 years and institutional dividends from further reforms. From the perspective of the demand side, as a nation boasting a large consumer market dominated by 400 million middle-income earners, China has tremendous consumption potential and growing trade ties with economies involved in the Belt and Road Initiative. It is fair to say that the medium- and long-term growth prospects of China's economy are promising.

But why is there still pessimism in the market? The answer depends on whether the above-mentioned possibilities become a reality, whether there will be an inflection point in current development trends or whether things will pick up soon. So it all seems to be unclear and current sentiment is weighing on any motivation for investment and consumption. Therefore, sustainable development over the medium and long term depends on whether key problems in the operation of the national economy lead to unclear expectations and lack of confidence, and on whether or not they can be resolved in a timely manner.

Private enterprises are playing a critical role in China's economy, evidenced by more than 40 years of rapid growth. However, some private enterprises are currently shifting their focus from brick-and-mortar businesses to financial plays, as many of them find it hard to address financing woes and deal with stringent market supervision, which dampen their expectations and entrepreneurial enthusiasm.

The problem is worrisome, as other problems follow in the wake of investment decreases: tax revenue shortfalls, slower GDP growth, employment decreases and income decreases and eventually a decrease in consumption of entire households. To solve the problem, which cannot be settled overnight, the government should focus on institutional reforms to help restore market confidence.

Therefore, the government should better protect the legitimate rights and interests of private enterprises. Governments at all levels, including ministries and commissions, should ramp up efforts to ensure different business entities carry out open, fair and equal competition while sticking to business regulations and policies that have been formulated.

Also, the government should always hold clear views about capital markets. The capital market should be well guided to better support economic growth, as making good use of various types of funding is key to pushing the market economy forward.

In previous years, there was "disorderly expansion" of capital seen in the sector, of which one major cause was lack of various related regulations. To this end, it is necessary to further improve regulatory systems in accordance with various existing types of capital and business.

Seen from consumption figures recorded in recent years, the contribution rate of consumption to GDP has increased from 56.3 percent in 2014 to 65.4 percent last year, and as high as 69.4 percent in the first quarter of this year. Undoubtedly, consumption is playing an increasingly crucial role in driving economic growth. However, the sector has been under stress and has seen declines in recent years.

After a 10.4 percent annual growth in household consumption in 2018, the segment has been recording single-digit growth. The average growth rate in 2020 and 2021 reads above 6 percent, while in the first half, actual per capita consumption increased by only 0.8 percent, and the growth index of retail sales dropped by 0.7 percent.

It is common knowledge that the vitality of production is key to employment, income and consumption, and weakening consumption has an effect on production, directly weighing on stable economic growth and employment. In this regard, residential income, as we see, is an important factor constraining consumption growth. And the continuous improvement of people's livelihoods is a fundamental issue directly related to the building of a unified market and the proper functioning of domestic circulation. It is also a crucial task amid basic structural adjustments when China, as the world's second-largest economy, strives for sustainable development.

Looking deeper into this issue, we need to know what is holding back consumers from expanding consumption. According to China Statistical Yearbook 2021, there are 870 million low-income earners earning less than 2,000 yuan ($281.8) a month, and whose consumption power is naturally quite limited. Middle-income earners, though they number 380 million earning 2,000-5,000 yuan monthly, are also holding their money tight due to budgetary concerns regarding children's schooling, the possibility of heavy medical bills, real estate and eldercare, which "scare" them from spending too much as well.

To unleash the consumption power of these two consumer groups with a population of over 1 billion, policy support is very much needed, such as providing stable employment and accelerating distribution reforms.

China is at a critical when its growth is shifting onto a slower track, while the economy still has to suffer pain from structural adjustments and digest earlier stimulus moves, which means risk reduction remains a focus area over a certain period of time.

As we can see, there are potential risks in two sectors that should be better monitored: corporate debt and a sluggish property market.

One wonders about how much revenue a company needs each year to repay its principal and interest. In 2021, the operating income of industrial enterprises above a designated size was 127.92 trillion yuan, with a repaying capacity of 185.15 percent. The operating income still contains costs of operations among others, with operating costs generally accounting for 50-70 percent of operating income, not to mention that enterprises also need to pay taxes. Considering these factors, the seriousness of the problem can be seen, reflecting the key role of monetary supports in the past and also in the future.

The second is the real estate. The current situation in the sector is grim. Real estate development investment, which accounts for a quarter of the total investment, fell by 5.4 percent year-on-year in the first half. Real estate sales fell 22.2 percent, housing sales 28.9 percent, and new construction area 34.4 percent. On the basis of last year's negative growth, the area of land purchased fell by 48.3 percent in the same period year-on-year.

The instability of the housing market has become an extremely important and urgent issue for China to settle, and it has become a fundamental issue affecting all aspects related to the stability of the market. And to have it settled, more policies should be perfected for sure.

It is also for sure that a certain adjustment time will be needed. And there is an even longer way to go to solve the problem, and release risks hidden behind the market and sustain a momentum in the long term. It is a thorny issue, but will generate long-term benefits if well handled and taken care of in the short term.

The writer is chairman of the China Chief Economist Forum and a former counselor of the State Council, the nation's Cabinet. This article is a translated version of an op-ed by the writer for the CEF.