OPINIONS After Parkland, even idle school threats get tough response

After Parkland, even idle school threats get tough response 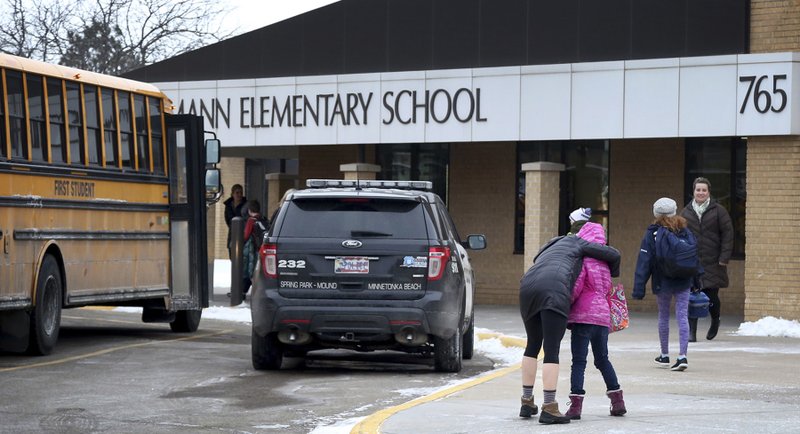 Fifteen students in one Florida school district are facing felony charges and prison time for making alleged threats since the Margery Stoneman Douglas High School massacre. Meanwhile, an autistic Minnesota high school student whose alleged threat led to a six-hour lockdown is in juvenile court and has received an outpouring of sympathy.

The Feb. 14 killings of 17 people in Parkland, Florida, have ignited a wave of copycat threats, as happens after nearly every high-profile school shooting. Most prove unfounded, but cause big disruptions to schools while tying up police for hours or even days.

Experts say authorities’ swift responses are underscoring a climate in which even idle threats will result in serious consequences.

“Kids make bad decisions and I think that in decades past those decisions would have been addressed behind closed doors with the principal and parents,” said Ken Trump, president of National School Safety and Security Services, a Cleveland-based consulting company. “Now they’re being addressed behind closed doors in the police station and the courtroom.”

The Volusia County Schools system in east-central Florida isn’t taking chances. Sheriff Michael Chitwood made it clear he had a zero-tolerance policy as threats began after Parkland. On Thursday, he went further, saying students or their families would have to pay the costs of the investigations — at least $1,000 and sometimes much more.

District spokeswoman Nancy Wait said the message is clear: We’re not joking around.

“Unfortunately that word didn’t get to the students and we started seeing more students making threats in the classroom, and that was frightening to their classmates,” she said. “Most of the time these students didn’t have access to weapons, but they were still making threats to shoot up their schools.”

Don Bridges, president of the National Association of School Resource Officers and a veteran of 16 years on duty at Franklin High School in suburban Baltimore, said the number of threats goes down when districts send a strong message that they won’t be tolerated.

The Educator’s School Safety Network, which of school threats and violent incidents across the country, has documented a spike since Parkland. The Ohio group counted 797 as of Sunday. Most (743) were for threats of various kinds, including gun and bomb threats. The threats were made mostly via social media (331) and verbally (119).

That amounts to about a sevenfold increase in the usual rate, director of programs Amy Klinger said.

“The mentality has shifted in a very short period of time from kids being kids to this is very serious stuff,” she said. She expects consequences of post-Parkland threats to be harsher than before.

“They almost have to be,” she said. “Do we want to do this for the rest of the school year? Do we want to have this constant chaos and fear, and people being upset? How much learning is going on?”

Clark said the boy had been having a bad day and wrote a list of people he wanted to shoot. After someone found the list in November, the boy, who had never been in trouble before, was jailed, facing hefty charges and a lifetime expulsion. He eventually was sentenced to probation.

Probation officers worked with the boy to find an alternative program where he could attend school at night.

“No one wants to be the judge or the police officer or the security guard who doesn’t take action and something awful happens,” Clark said. “So the initial reactions are swift and harsh and then ultimately people are able to get a better handle on what’s going on with these children individually.”

It’s not clear yet what the consequences will be for an autistic boy whose social media threat to shoot up Orono High School in suburban Minneapolis prompted a lockdown Feb. 21 that kept students confined to classrooms for nearly six hours. Prosecutors won’t say what the charges are because it’s a juvenile case.

The community’s reaction was unusually sympathetic. Another student’s mother set up a GoFundMe campaign with the boy’s family’s permission that by Sunday was near its $40,000 goal to help cover the family’s legal and treatment expenses. Claire Wnuk Berrett wrote on the fundraising page that some kids on the autism spectrum don’t have the language or social skills to adequately express their needs.

“When verbal or written threats are made, they are usually an attempt to express the severity of the adolescent’s distress,” Berrett wrote. “It is not necessarily a true indication of a desire to hurt themselves or others. They do not have the social awareness to recognize this is the wrong thing to say.”

Principal David Benson said the outpouring shows, “We have a caring and supportive community for sure.”