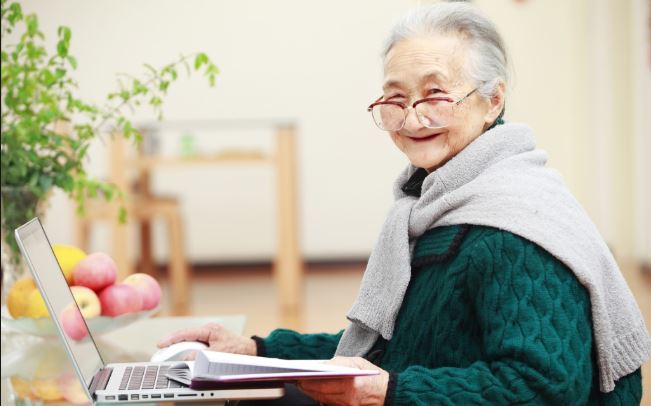 I don't know how some of my friends got the wrong impression that I am constantly on vacation and often travel to mysterious remote corners of the world. But when a friend in Beijing asked recently via WeChat where I plan to spend my next vacation, I told him that I am doing an Alicia Patterson fellowship this year and may not have time to take a holiday.His response surprised me, "Why are you working harder while you are so old?" asked the friend, who is the same age as me.I am in my mid-40s and I never regarded this an age when one should slow down. And no one around me seems to think so either. In the US, people in their 40s are getting promoted, launching startups, switching to new careers, getting married for the first time, expecting a first baby or running for president.Indeed, if you run for president at this age, as some of the Democratic candidates are, you are considered "young," competing on the same track with people several decades your senior like the 72-year-old sitting president.But I know my friend in Beijing was only half joking when he said that. This was not the first time friends in their 40s in China revealed to me that both they and society expect them to start showing signs of aging or slowing down at least.Celebrities in their 40s are alert to paparazzi looking to snap the early signs of aging. Every now and then, photos emerge online highlighting a receding hairline or a thermos mug of water in hand - standard equipment for older people in China who prefer warm water for health reasons. Ordinary people at this age in China pay more attention to their retirement plans than on climbing the corporate ladder.Every now and then, a high-tech company will further reinforce society's perceptions of age by laying off staff members 40 or older. At the end of 2017, a 42-year-old software engineer of ZTE committed suicide after learning that he would soon be laid off with unsatisfying severance. His death triggered a new round of helpless sympathy for middle-aged people.Not long before the tragedy, an article published by the Senior Daily was broadly circulated on the internet, largely because of its intriguing headline "The focus of senior life? People born in the 1970s say freedom. People born in the 1960s say health." It turned out both the editor who wrote the headline and the netizens who reposted the story were, again, only half joking.Various surveys about the perceptions of the start of old age in the minds of Americans and Chinese shows that Chinese often put 45 as the starting point of aging, five or 10 years earlier than Americans.There are many reasons for this disparity. Growing up in a less developed environment, Chinese in general have tended to age quicker than Americans because of tougher living conditions. The lack of established age discrimination protection laws, such as the Age Discrimination in Employment Act that's been in place in the US for more than half a century, means that Chinese employers can define and lower the age that's deemed too old to work almost as freely as they like.Other than the bitter emotional dents such decisions may leave on the psyches of a whole generation, the low bar for "old age" was not a big problem for China. It was once a young country where it seemed that there was a never-ending supply of new labor.But not anymore. The population in China is expected to peak in 2029 and then slide into a free fall. And by 2050, 24 percent of Chinese will be 65 or older, 3 percentage points higher than in the US. Meanwhile, according to the World Health Organization, Chinese born in 2016 can expect 68.7 years of healthy life before they start struggling with ailments, 0.2 year more than Americans born in the same year.This new demography has made changing the culture of "early old age expectancy" critical. Raising retirement ages, as Beijing plans to do, helps. Establishing laws to protect workplace age discrimination, as widely discussed in China in recent years, is necessary. Only when the public no longer puts a label with the "O" word on people in their 40s and 50s, and only when these people themselves no longer think they have passed the pinnacle of their careers, can the energy of the labor force be completely released. And only then can the aging country maintain its vitality.