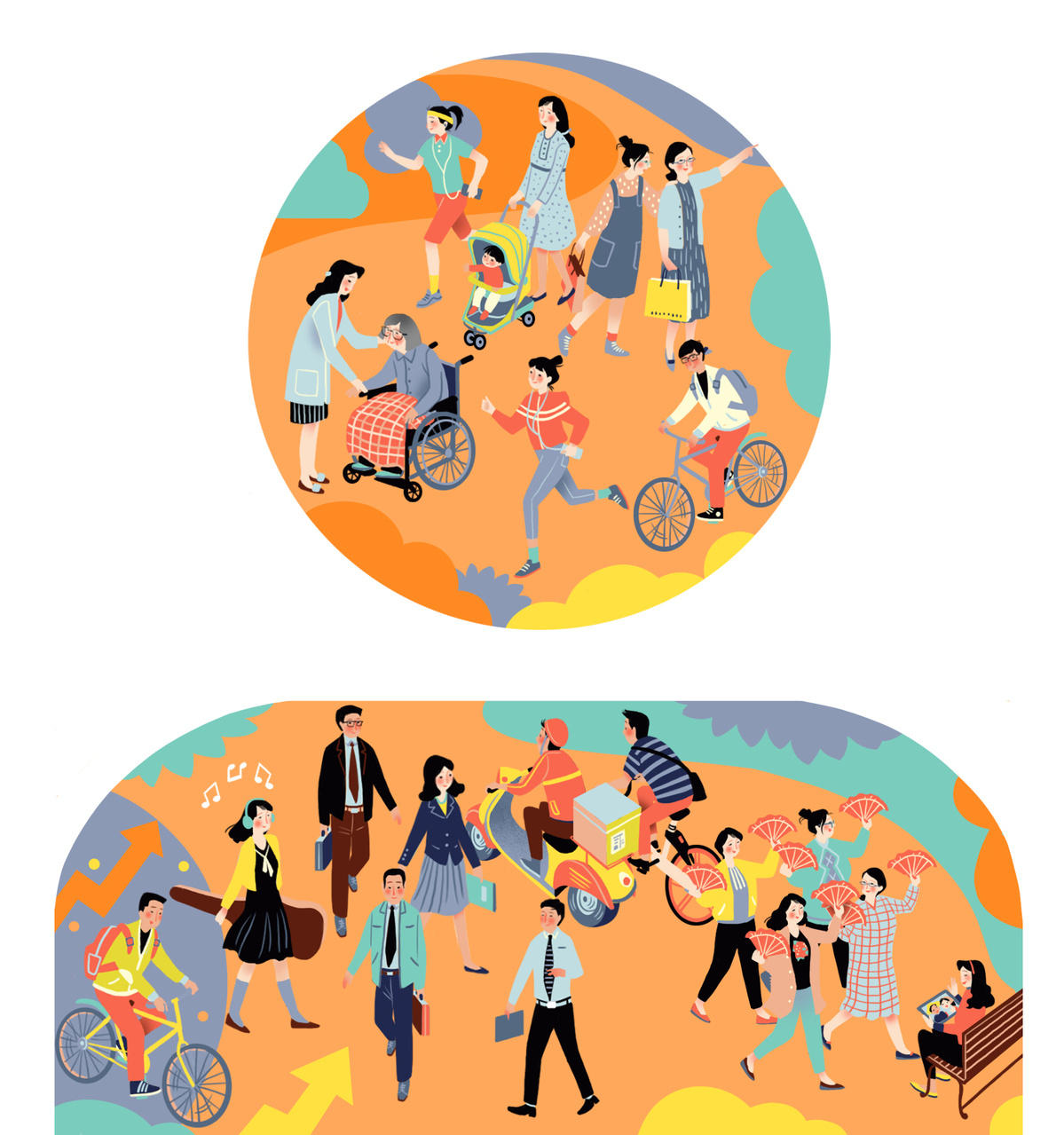 The Chinese mainland's population, which reached 1.411 billion in 2020, has maintained a low growth trend over the past decade, according to the seventh national census released last week. Compared with the previous census, one of the biggest changes this time is the drastic decline in the working age population, that is people aged 16 to 65. And although the 15-59 age group's population is 894.38 million, accounting for 63.35 percent of the total, it is 6.79 percentage points lower than that in 2010.

On the other hand, the proportion of the population aged 60 or above increased by 5.44 percentage points while that of children increased slightly. Another feature highlighted by the census is the uneven distribution of population, with Northeast China's population declining and Guangdong province's registering a tangible increase.

Urbanization, which has played a key role in China's demographic development, will be characterized by two trends over the next 15 years. First, the population in the eastern coastal region will continue to be concentrated in urban areas. And second, more rural residents will migrate to county towns, leading to the integration of county towns and villages.

Besides, the average educational qualification of young people is far higher than those nearing retirement. As the census results show, 15,467 out of every 100,000 people in China have a university degree. According to our calculation, the productivity of people in their 20s and 30s is about twice as high as that of people who are about to retire. Which means the impact of China's aging population on production will not be as much as many claim.

Also, a graying population is a worldwide phenomenon, except for Africa, and not unique to China. The elderly people consume relatively less, so an aging society will exacerbate the decline in consumption. Japan is an apt example of this. However, we have analyzed massive amounts of data to reach the conclusion that urbanization can make up for the decline in consumption due to an aging population.

According to the census, 63.89 percent of China's population lives in cities and towns. But in the next 15 years, China's urban population is likely to increase by 15 percentage points, and the people shifting from the countryside to the cities will consume more and thus offset the decline in overall consumption caused by an aging society.

To deal with the pressure of an aging population on the elderly care system, the authorities should first accelerate the transfer of State capital to social security, huge amounts to increase the social security fund. They should also take urgent measures to extend the retirement age and improve the national pension system. While some poor areas have a pension deficit, some southern provinces and cities have massive amounts of pension surplus. And if the pension funds of different regions are brought under a unified management, the authorities could make good the pension deficit in a short time.

As for Northeast China, its population has decreased by 11.01 million, or 1.20 percent, over the past decade. In particular, the population of Heilongjiang province has declined by 6.46 million over the past 10 years, making its future economic development a big challenge.

However, we need to view Northeast China's problems objectively. The current hub of China's economic activity is the southern region, which means people from across China, including the northeast region, are migrating to southern cities. Yet it does not mean the situation in the northeastern region is hopeless, or the region's economy cannot grow. In fact, some key cities in Northeast China have made great progress on the development front in recent years.

A shrinking population means increasing per capita resources, so it is not necessary for a region to develop its industrial sector to achieve healthy GDP growth. Instead, a region should pursue development based on its real conditions.