Alibaba AI is significant step in our smart city future

By Barry He | China.org.cn 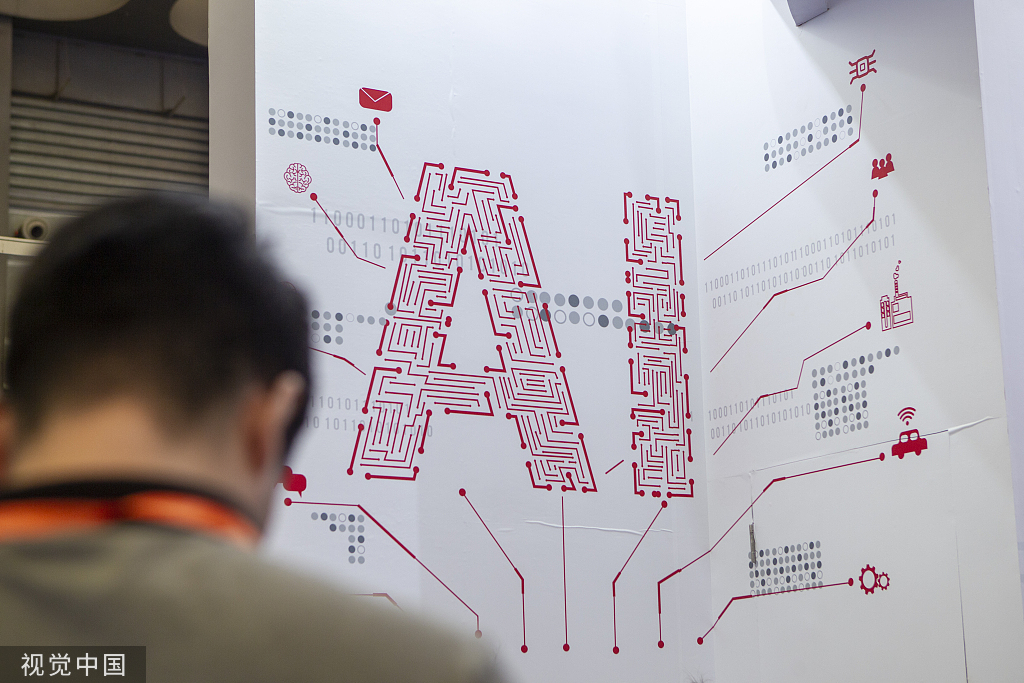 A participant at the 4th International Artificial Intelligence Industry Exhibition and Conference stands in front of a poster during the event in Shanghai on August 9, 2019. (Photo: VCG)

The rise of smart city applications in our ever more interconnected world has become vital, given the fact that our vast collection of metropolises are sprawling outwards at a faster rate than ever.

Large cities such as London, Mexico City, Tokyo and Shanghai all face numerous challenges based on their ability to maximize population potential through efficient use of technology. Cities never want to fall under their own weight, which looms if their sheer mass is allowed to work against them through inefficient communications, transport or resource management.

Shanghai is at risk of becoming one such entity. Having a population of 120,000 people per square mile is no joke for municipal authorities, and the challenge of how to transport the vast numbers through a dense area on millions of daily commutes is no minor consideration.

Alibaba has provided one such solution using AI. This involves AI algorithms generating bespoke bus services running on optimal routes and picking passengers up at designated points all in real time. Customers are able to enter the start and end locations of their journeys into the Alipay app, which then suggests nearest routes or customized planned journeys.

Heralded as the "Bus Brain," the innovation seeks to combine the shared economy concept to help those stuck in the everyday rat race commute. Apps such as Google Maps and City Mapper share similar concepts, however Alipay is the first app to be able to manipulate existing public infrastructure operations based on AI in real time.

Speaking to the South China Morning Post, Cui Tingting, chief operating officer at Deer EV that operates the No 9 service explained: "The Bus Brain automatically design routes, stations, and the number of buses to put on the road. Whereas a ride-hailing taxi serves around two to three passengers, the customized bus is a ride-sharing service for 40 people."

This efficiency of the shared economy is only possible with advancements in technology, and the coming moves into both 5G internet and WiFi 6 means the lifespan of this new type of municipal service can only expand.

This is necessary given the changing nature of cities as they become larger and more diverse as the 21st century progresses. Just how well the smart city infrastructure will be integrated will determine the success of such cities to be able to remain competitive.

In a press statement last year, Wang Jiao, chairman of Alibaba's technology committee, stated, "Cities today need to develop through coordinating different mechanisms. A city is actually 'alive', and, like any form of life, it needs a brain to coordinate all the parts.

Alibaba is not just aiming at the domestic market. Last year, the tech giant also rolled out similar technology for the Malaysian capital of Kuala Lumpur. The digital transformation of cities is not only a benefit to citizens, but also for city administrators. In Kuala Lumpur, local authorities now have the additional ability to not only improve operational efficiency, but also closely monitor security.

This is a game changer for the dispatch of emergency services, making all the difference to people's lives if an ambulance can arrive at the scene a few minutes earlier and save critical moments in providing care.

With this new efficiency come new ideas. Large cities all over the world pride themselves on their diversity and work ethic. Whether it is the Big Apple or the Big Smoke, becoming more interconnected with high speed internet and low power sensors almost raises us to a point of general collective consciousness.

Having this new ability, hopefully the cities of the world will not just become more productive, but also maximize the potential of the amazing people who inhabit them to provide solutions for the pressing questions of our times.

Editor's note: Barry He is a global technology and business commentator based in London, initially specializing in start-ups and technology PR. Opinion articles reflect the views of their authors only, not necessarily those of China.org.cn.