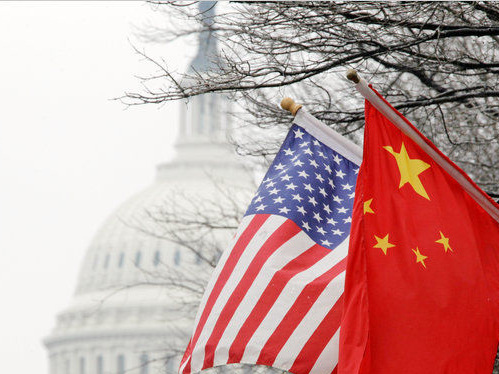 Editor's Note: Stephen S. Roach, former Chairman of Morgan Stanley Asia and the firm's chief economist, is a senior fellow at Yale University's Jackson Institute of Global Affairs and a senior lecturer at Yale's School of Management. He is the author of Unbalanced: The Codependency of America and China.

In a rare moment of bipartisan agreement, America's Republicans and Democrats are now on the same page on one key issue: Blaming China for all that ails the United States. China bashing has never had broader appeal.

This fixation on China as an existential threat to the cherished American Dream is having serious consequences. It has led to tit-for-tat tariffs, escalating security threats, warnings of a new cold war, and even whispers of a military clash between the rising power and the incumbent global hegemon.

With a trade deal apparently imminent, it's tempting to conclude that all this will pass. That may be wishful thinking. Sino-American trust is now in tatters. The likelihood of a superficial deal won't change that. A new era of mutual suspicion, tension, and conflict is a very real possibility.

But what if the US chattering class has it all wrong and the China bashing is more an outgrowth of domestic problems than a response to a genuine external threat? In fact, there are strong grounds to believe that an insecure US - afflicted with macroeconomic imbalances of its own making and fearful of the consequences of its own retreat from global leadership - has embraced a false narrative on China.

Consider trade. In 2018, the US had a $419 billion merchandise trade deficit with China, fully 48 percent of the massive overall trade gap of $879 billion. This is the lightening rod in the debate, the culprit behind what US President Donald Trump calls the "carnage" of job losses and wage pressures.

But what Trump - and most other US politicians - won't admit is that the US ran trade deficits with 102 countries in 2018. This reflects a profound shortfall of domestic saving, owing in large part to the reckless budget deficits approved by none other than Congress and the president. Nor is there any recognition of supply-chain distortions - arising from inputs made in other countries but assembled and shipped from China - that are estimated to overstate the US-China trade imbalance by as much as 35-40 percent. Never mind basic macroeconomics and new efficiencies from global production platforms that benefit US consumers. Apparently, it is much easier to vilify China as the major obstacle to making America great again.

Next, consider intellectual property (IP) theft. It is now accepted "truth" that China is stealing hundreds of billions of dollars of US intellectual property each year, driving a stake into the heart of America's innovative prowess. According to the accepted source of this claim, the so-called IP Commission, in 2017 IP theft cost the US economy between $225 and $600 billion.

Leaving aside the ridiculously broad range of such an estimate, the figures rest on flimsy evidence derived from dubious "proxy modelling" that attempts to value stolen trade secrets via nefarious activities such as narcotics trafficking, corruption, occupational fraud, and illicit financial flows. The Chinese piece of this alleged theft comes from US Customs and Border Patrol data, which reported $1.35 billion in seizures of total counterfeit and pirated goods back in 2015. Equally dubious models extrapolate this tiny sum into an aggregate guesstimate for the US and impute 87 percent of the total to China (52 percent to the mainland and 35 percent to Hong Kong).

Then there is the red herring emphasised in the Section 301 report published by the US Trade Representative (USTR) in March 2018, which provides the foundational justification for tariffs levied on China: forced technology transfer between US companies and their Chinese joint venture (JV) partners. The key word is "forced," which implies that innocent US companies that enter willingly into contractual agreements with Chinese counterparts are coerced into surrendering their proprietary technologies in order to do business in the country.

To be sure, JVs obviously entail a sharing of people, business strategies, operating platforms, and product designs. But the charge is coercion, which is inseparable from the presumption that sophisticated US multinationals are dumb enough to turn over core proprietary technologies to their Chinese partners.

This is another shocking example of soft evidence for a hard allegation. Incredibly, the USTR actually admits in the Section 301 report (on page 19) that there is no hard evidence to confirm these "implicit practices." Like the IP Commission, the USTR relies instead on proxy surveys from trade organizations like the US-China Business Council, whose respondents complain of some discomfort with China's treatment of their technology.

The Washington narrative also paints a picture of China as a centrally planned behemoth sitting astride massive stated-owned enterprises (SOEs) that enjoy preferential credits, unfair subsidies, and incentives tied to high-profile industrial policies such as Made in China 2025 and Artificial Intelligence 2030. Never mind a large body of evidence that underscores the low-efficiency, low-return characteristics of China's SOEs.

Nor is there any doubt that comparable industrial policies have long been practised by Japan, Germany, France, and even the US. In February, Trump issued an executive order announcing the establishment of an Artificial Intelligence (AI) Initiative, complete with a framework to develop an AI action plan within 120 days. China is hardly alone in elevating innovation to a national policy priority.

Finally, there is the time-worn issue of Chinese currency manipulation - the fear that China will deliberately depress the renminbi to gain unfair competitive advantage. Yet its broad trade-weighted currency has risen over 50 percent in real terms since late 2004. And China's once-outsize current-account surplus has all but vanished. Still, the currency grievances of yesteryear live on, getting prominent attention in the current negotiations. This only compounds the false narrative.

All in all, Washington has been loose with facts, analysis, and conclusions, and the American public has been far too gullible in its acceptance of this false narrative. The point is not to deny China's role in promoting economic tensions with the US, but to stress the need for objectivity and honesty in assigning blame - especially with so much at stake in the current conflict. Sadly, fixating on scapegoats is apparently much easier than taking a long, hard look in the mirror.