OPINIONS American farmers are bearing the brunt of the trade war

American farmers are bearing the brunt of the trade war 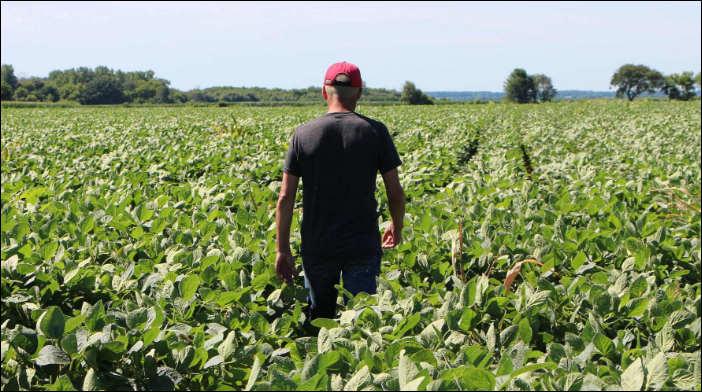 US farmers are suffering from the escalating trade conflicts. In terms of the domestic economy, the US has been damaged by the trade wars with Canada, Mexico, and China.

If the Trump administration retains its trade policy, the situation will deteriorate further due to the losses suffered by its farmers.

Admittedly, each country pursues fair trade and imposes tariffs; however, this can't resolve the problem but will instead exacerbate the US' ailing economy.

According to US chamber of commerce, "Tariffs on steel, aluminum, and Chinese imports, as well as the potential for additional tariffs on autos and auto parts, have pushed us into an emerging global trade war. Canada, Mexico, the EU, and China have already retaliated—or announced plans to retaliate—with billions of dollars in tariffs on American-made products."

As the US chamber of commerce notes, global trade has provided millions of job opportunities for the US every year. Manufacturing, for example, is heavily reliant on trade with other countries, which creates half of all jobs in the area.

As for agriculture, "one in three acres of American farmland is planted for international sales," according to the US chamber of commerce.

Trump's recent trade policy, however, has struck a blow to the American economy by depriving farmers and workers of job opportunities. It's predicted that around 2.6 million jobs in the US will be lost due to the trade war.

Launching a trade war with China will definitely jeopardize the US economy because it damages the interests of manufacturers, high-tech firms, and farmers. Of those, the farmers in the American West suffer the most. The American people have to spend more money on commodities.

Take Dick Walden, a lifelong pecan farmer in Sahuarita, Arizona. His story is a good case in point about the consequence of the trade war. His family has been managing a 4,500-acre farmland for three generations. The output of this was about 30 million pounds of pecans last year and most of his trade partners come from overseas.

With the escalating of the trade war, however, his business, as well as the entirety of Arizona’s agriculture, is severely undermined. "There are many unintended consequences due to the ripple effect of imposing tariffs and then having tit-for-tat retaliatory tariffs from our trading partners,” said Walden when he spoke to a local newspaper, which was then cited by the US chamber of commerce.

Walden is not the only victim of the escalating trade conflicts with China, Mexico, and Canada, all of whom announced retaliation to the Trump administration’s trade bullying.

According to the US chamber of commerce, “In Arizona, nearly 770,000 jobs across the state depend on trade.’  Based on a report released by the Arizona Farm Bureau, Arizona’s economy is heavily reliant on export. Nearly 25 percent of Arizona’s products are aimed at the foreign market.

As the US Chamber points out, the trade war will cause Arizona to lose roughly $266 million as a result of the retaliatory tariffs imposed by China, Mexico, and Canada.

Meanwhile, the trade war is also severely damaging the state’s cotton industry. As Arizona’s largest crop, “nearly 70 percent of Arizona’s cotton is exported to the overseas market. 20 percent of them head to China,” the US chamber of commerce reported.

Philip Bashaw, CEO of the Arizona Farm Bureau, believed that the trade war will have a profound and negative influence on Arizona’s agriculture, which is viewed as the core of the local economy.

Although the Trump administration has so far managed to minimize the negative effects of the trade war on American agriculture through subsidies, it can't solve the problem completely.

Donald Trump announced it will cost American farmers up to $12 billion to compensate their losses from the trade war. However, it will cause all of American society to become more divided.

Where does the money come from? “The taxpayer definitely!” According to the US chamber of commerce, American people will actually pay much more than $12 billion to compensate those who are suffering from the ongoing trade war.

Apart from the $12 billion going to the farmers, the US government has to spend another $39 billion on other sectors that are also threatened by the trade war, such as automobile and high-tech firms.

It is, therefore, clear that as US chamber of commerce suggested: “The best way to protect American industries from the damaging consequences of a trade war is to avoid entering into a trade war in the first place.”

The US' focus should be on expanding free trade and removing extra tariffs, not allocating taxpayer’s money to only marginally ease the suffering for some of the industries feeling the pain of the trade war.

Simply put, tariffs are a tax on American consumers and businesses. Tariffs are the wrong approach to address unfair trade practices.