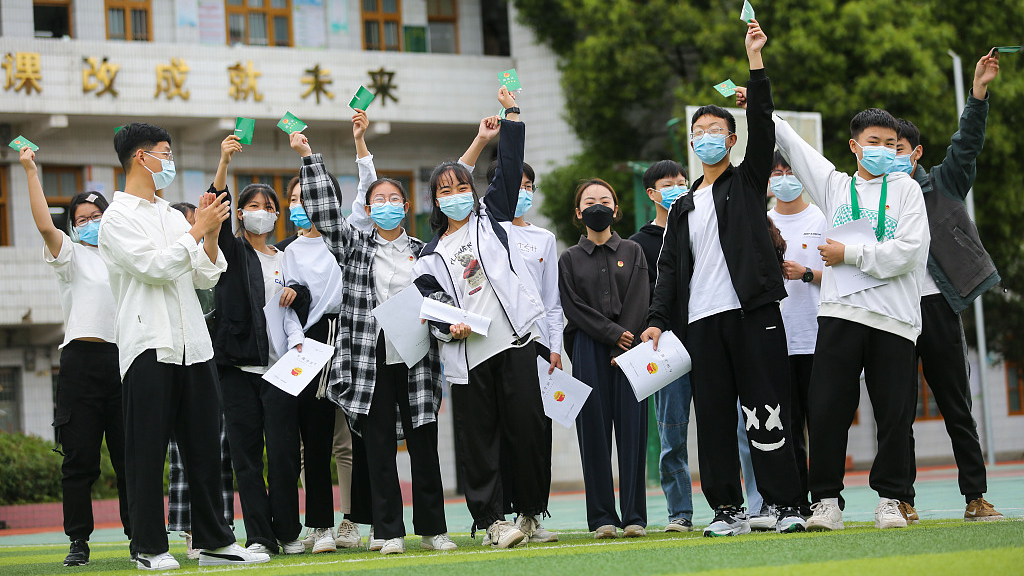 New members of the Chinese Communist Youth League pose for a photo at a middle school in Shaoyang, central China's Hunan Province, May 10, 2022. (Photo: VCG)

Editor's note: Thomas W. Pauken II is the author of the book "U.S. vs. China: From Trade Wars to Reciprocal Deal," and a consultant on Asia-Pacific affairs and geopolitical commentator. The article reflects the author's opinions and not necessarily those of CGTN.

To commemorate the grand occasion of the100th anniversary of the founding of the Chinese Communist Youth League (CYL), President Xi Jinping on May 10 delivered a keynote address at the Great Hall of the People in Beijing. As of the end of 2021, it is estimated that the CYL has about 73.715 million members nationwide, composed of youth from 14 to 28 years old.

China's young generation has much feel great appreciation for. They have been born into the best of times of their nation's rapid economic development, as well as in the apex of social stability. The nation has emerged to become the world's second-largest economy in gross domestic product (GDP) size, tilting above 110 trillion yuan in total, according to the white paper titled "Youth of China in the New Era."

Moreover, the Chinese government has played a crucial role to ensure public safety with low crime rates, boosting an innovative society by promoting science and high-tech education and startups, while increasing social welfare benefits for all Chinese youths.

Chinese young people are "confident, aspirant and responsible… striving to be pacesetters for and contributors to the country's development. Great times make fine young people and flourishing ages nurture true talent. The Chinese nation has achieved tremendous transformation from obtaining independence and becoming prosperous to growing strength and the current new era bestows prosperity and hope," the white paper states.

Indeed, China's achievements are amazing but every great nation needs ambitious young people to keep harboring dreams of future glories. They cannot settle for the status quo of today but aspire to accomplish bigger goals tomorrow. 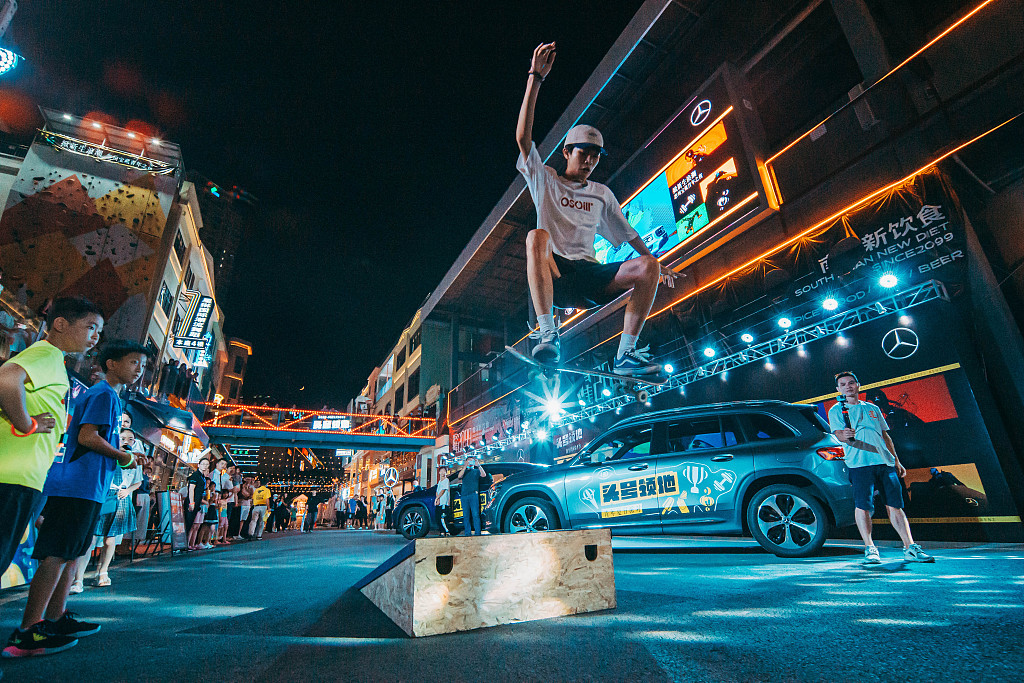 When reading about highly successful people, we discover they are often dissatisfied with their lives. Although they have earned enormous wealth, become very successful in their professional careers and gained remarkable public recognition, they still feel compelled to pursue bigger goals.

Hence, the Chinese youth of our current times have to be forward-thinking. China's rapid development in recent decades has led to a dramatic rise of the middle class, who often place more stress on their children to succeed academically and professionally when they become young adults.

In many instances, when great nations reach what they perceive to be a peak time, social instability, family breakups and crimes may all rise. We have witnessed these patterns in the West and historically, including in Japan, the U.S. and European nations.

Thus far, China has avoided a dismal fate with the Chinese youth staying ambitious. The CYL and Chinese government are firm believers in the notion that "hard work builds ability and adversity builds resilience," the white paper said.

As the author G. Michael Hopf says in his novel "Those Who Remain," "Hard times create strong men. Strong men create good times. Good times create weak men. And weak men create hard times." There's a universal truth to the quote and a warning to all future generations: People who choose to go "soft" are not only risking the peril of their nation, but their own downfall as well.

China's prosperity is never an accident nor a chance encounter as it stands as a result of the people's sheer hard work. The nation's youth understand that, and stand very willing to carry on with the burdens.

To bear the responsibilities will not be easy, but the Chinese youth feel duty-bound to continue onward to keep the Chinese Dream alive and well.

People around the world should be more realistic about their economic prospects in the next few years given that their daily lives have been disrupted by the COVID-19 pandemic, high inflation rates and serious supply chain disruptions. The world has also been changed by Russia's special military operation in Ukraine and the West's stiff economic sanctions against Moscow, which could lead to global hunger and energy crunch crises.

When confronted by the challenges, the strong, the innovative and the resilient will stand in the best positions not only to survive but to succeed when others are failing. The Chinese youth will emerge as one main carrier of the flame to guide the world out of the darkness.

Although the Chinese youth are expected to face growing pressures to succeed, they will not surrender. There's too much at stake and the young Chinese will push forward to keep hope alive for all others.