OPINIONS An early election may not break Brexit deadlock

An early election may not break Brexit deadlock 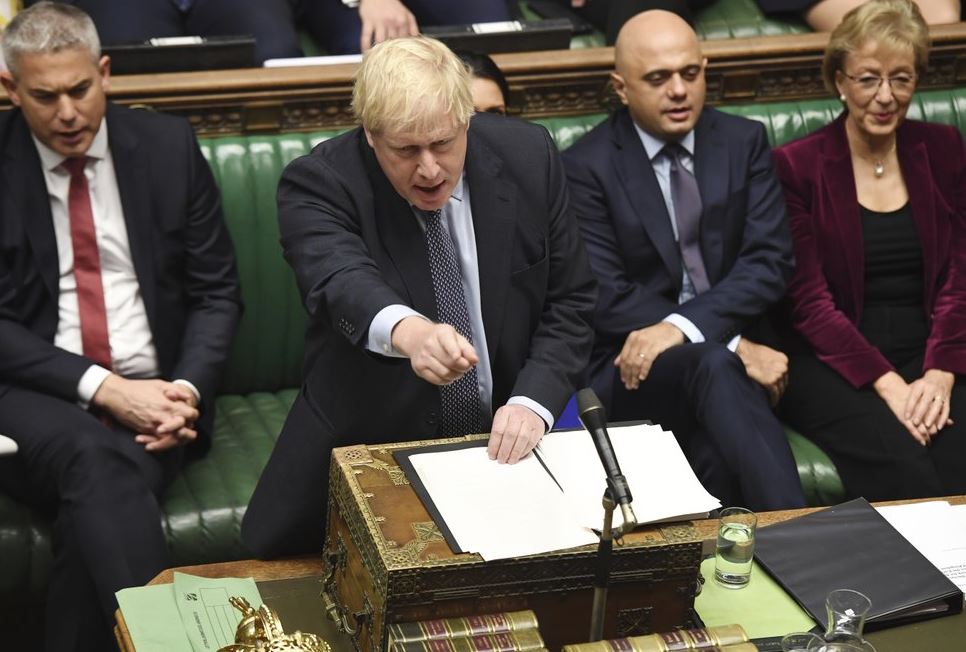 London (People’s Daily) -- The UK House of Commons on Tuesday approved a bill for an early election and started to prepare for the first December election since 1923 following another extension of the Brexit deadline.

To secure a Brexit deal in Parliament, the former Prime Minister Theresa May triggered an early election in June 2017, which cost the Conservatives their majority in the Commons and created a hung parliament. That is the main reason why the Brexit bill proposed by the government has been repeatedly rejected by Parliament.

After Boris Johnson took office, he expelled 21 Conservative Party members who disagreed with the government on Brexit issues, further exacerbating the ruling party’s disadvantage in the Parliament.

Johnson wants to restore the Conservatives’ majority in the Commons through an early election with a view that it is the only way out of the Brexit deadlock.

If everything goes as Johnson hopes and the Conservatives take back control of the Parliament, then the Commons will be very likely to pass the Brexit legislation timetable smoothly and leave the EU before January 31st, which is the new deadline officially granted by EU member states on Monday.

However, the reality is more complex than Johnson’s anticipated outcome. Although the Conservative Party has the highest popularity right now, the opposition Labour Party is gaining momentum.

Labour supports a softer Brexit deal, letting the UK stay in the custom union and single market, which attracts votes from soft Brexiteers and some remainers, as revoking Article 50 and canceling Brexit does not seem to be a workable option.

If Labour beats the Conservatives and forms a new government, the new Prime Minister may seek renegotiations with the EU, and another Brexit delay would be highly likely to happen.

Meanwhile, after more than three years of frustration on delivering Brexit, many voters are tired of or angry at both Labour and the Conservatives, which could lead to a split of votes to other minor parties, such as the Liberal Democrats and Brexit Party.

In that scenario, another hung Parliament may be the final result. According to the Daily Mirror, a hung Parliament could boost calls for a second referendum, as people would see other options are exhausted.

According to the agenda, if the House of Lords approves the election bill, the Parliament will be dissolved on November 6, and the general election will be held on December 12.

The outcome of a pre-Christmas election would decide the trajectory of Brexit.