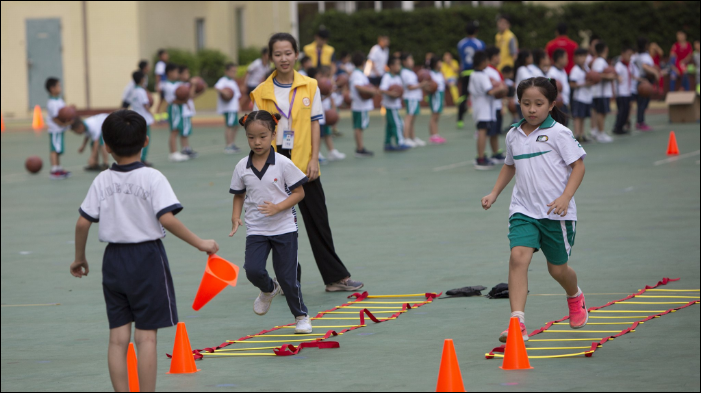 Some 9.75 million high school students took this year's "Gaokao", China's College Entrance Examination. Chinese parents attach great importance to this exam, the results of which will determine whether their children can get into top universities in China such as Tsinghua.

These parents believe being admitted into elite universities will increase their children's chance of being successful in the future.

As a result, Chinese parents start to invest in their children's education at a very early stage to help them better prepare. The number of pre-schools in China is increasing, and kindergartens have already begun educating advanced classes that they only need to learn in later years.

Parents are also enthusiastic about signing their children up for after-school activities like dancing, music and other interest-oriented classes to be put at a competitive advantage.

Chinese parents take care of everything, from doing household chores to picking up their children, leaving children great pressure and making very dependent on parents, thus resulting in lack of creativity and dependence.

However, things are changing today in China. One example comes from a kindergarten in Anji County, east China's Zhejiang Province. The kindergarten has developed a program called Anji Games to increase the creativity and independence of kindergarten children through specially-designed games.

By letting the children play creatively, and giving them tasks with a goal, it adopts a different approach to education, freeing children from the classroom the entire day and allowing them to experience things out of class.

Because of its innovative games, Anji kindergarten has gained much attention and support from the local government, and their games have even been introduced to some other countries.

Compared to most Chinese kids, life for those in the West is more natural. Most children in the West can enjoy their childhood. I remember when I was in kindergarten in Vienna, the teacher played games with us, took us to museums and also organized other activities.

The focus was to spark our curiosity, by encouraging us to try out different things. In these activities, we started to think about how to approach and solve different matters.

Western children are not burdened with pressure, not like in China, and they have a better opportunity in developing their creativity and independence.

Compared to Chinese education, Western-style education is more hands-on, giving children the chance to experience things first hand and not just from textbooks. This is also the reason why more and more Chinese parents are putting their children in international kindergartens and schools.

In our current fast-changing society where getting access to data is not an issue anymore, creativity is needed more than ever. China is trying to get rid of its past image and be a leader in innovation, which can only be achieved by creating new content.

The change from just memorizing textbooks to encouraging students to be more creative has become an urgent issue for China.

The Chinese government is supporting programs like Anji Games that promote and help students to be innovative.

Anji Games have been a big success, and hopefully, with innovative teaching approach like this, China will gradually become a country of innovation.