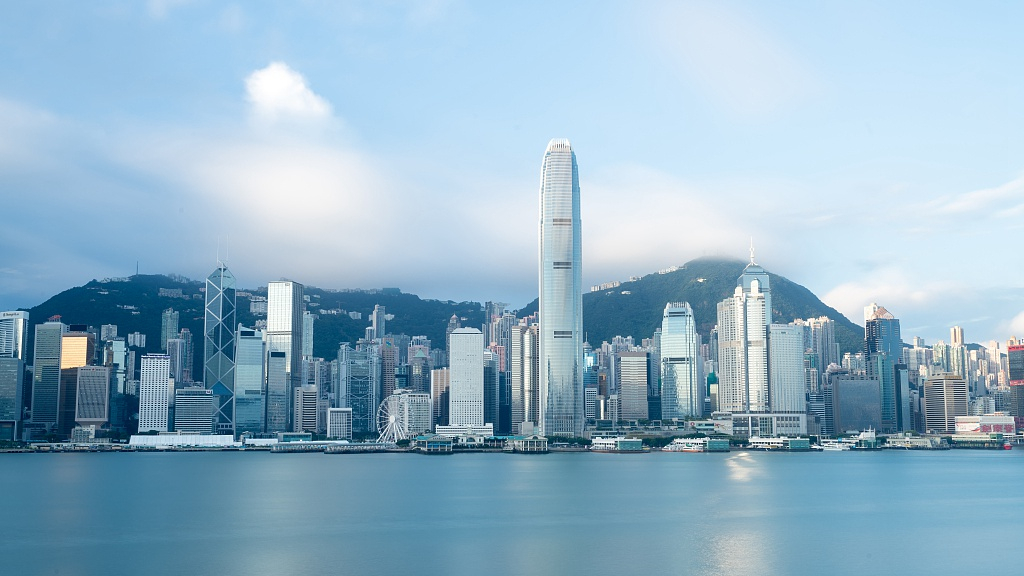 Hong Kong has once again come under the spotlight of international public opinion, this time, over the amendment to its Fugitive Offenders Ordinance.

Amending the ordinance is a standard administrative act of the HK SAR government to enforce Hong Kong Basic Law and improve the rule of law in the Special Administrative Region. It aims to facilitate the case transfer between Hong Kong and jurisdictions with which it has not reached an agreement on the transfer of fugitives, to prevent Hong Kong from becoming a "haven for fugitives."

However, the autonomous legislative process has been stigmatized by foreign anti-China forces that are undermining freedom and the rule of law. The anti-amendment movement has gone way beyond the paradigm of peaceful demonstration and public involvement in legislation and has almost become an action against the rule of law.

The HK government has shown utmost respect and responsibility for Hong Kong's progress in the rule of law and democratic values amid the dispute over this amendment. Due to Hong Kong's lack of mutual assistance agreements and case transfer systems with the Chinese mainland, Macao, Taiwan and other jurisdictions, the transfer of fugitives has been in limbo. This adversely affects the rule of law, security and international judicial cooperation in Hong Kong.

This amendment motion originated from a criminal case in which a HK resident killed his HK girlfriend in Taiwan. Due to the lack of an extradition agreement and an effective case transfer system between Hong Kong and Taiwan, the suspect could remain at large. In light of the integrity and uniqueness of judicial evidence, if a fugitive cannot be deported in time, it will be difficult to obtain sufficient evidence to support sentencing and conviction even if proceedings are initiated in Hong Kong, leading to the miscarriage of justice. The HK government attempted to amend the Fugitive Offenders Ordinance for the sole purpose of closing loopholes in the rule of law in Hong Kong.

From the very beginning, the opposition has been reluctant to seriously and professionally discuss the amendment per se. Instead, they constantly appealed to fear, created rumors, and misled and mobilized the public illegally and irrationally. Their motives and intentions are unjustifiable for four reasons.

Firstly, they refused to debate on specific legal issues in the draft amendment. Instead, they tried to politicize the issue and bring in foreign interference. Even worse, the violence they instigated undermines the rationality underpinning Hong Kong's rule of law and the democratic values of public deliberation.

Secondly, they sought the intervention and support of foreign forces, which harmed the fundamental interests of Hong Kong.

Thirdly, they ignored the HK government's due process of democratic consultation and sincere compromise and revisions made to the draft amendment. Instead, they went out of their way to deny the legality of the bill in principle and politics. Such action undermines the authority of the HK government and the advancement of the rule of law.

Fourthly, through misleading and distorted propaganda, they risked not only tearing apart Hong Kong's society but also further damaging the political trust between Hong Kong and the Chinese mainland.

In the preparatory stage of the planned demonstration and extreme protests, the opposition sent so-called representatives to visit the United States to seek help. They enjoyed surprisingly high-level reception and explicit support from American political leaders. The US and its European allies seized the opportunity to jump on the bandwagon. In this way, the anti-amendment movement has become the main leverage used by the opposition and foreign forces to contain China and to incite and magnify sentiments about the "HK issue."

Hong Kong's opposition is so naive as to be manipulated by America which intends to contain China and is hellbent to do so with whatever means that come in handy. However, at the end of the day, it is the Chinese government that will be ultimately responsible for safeguarding Hong Kong's interests and future.

China's central government highly respects the autonomy and the rule of law of the SAR when it comes to amending local ordinances. Beijing also firmly supports Hong Kong in improving the rule of law and establishing a more robust system for the transfer of fugitives. After the amendment of the Fugitive Offenders Ordinance, Hong Kong will emerge at a legal high ground with a stronger rule of law and a safer society and become a more trusted partner that interacts positively with other jurisdictions in the international judicial network.

The opposition's extreme and irrational way of interpreting the amendment will inevitably be rendered untrue when the amended ordinance is put into standard practice.