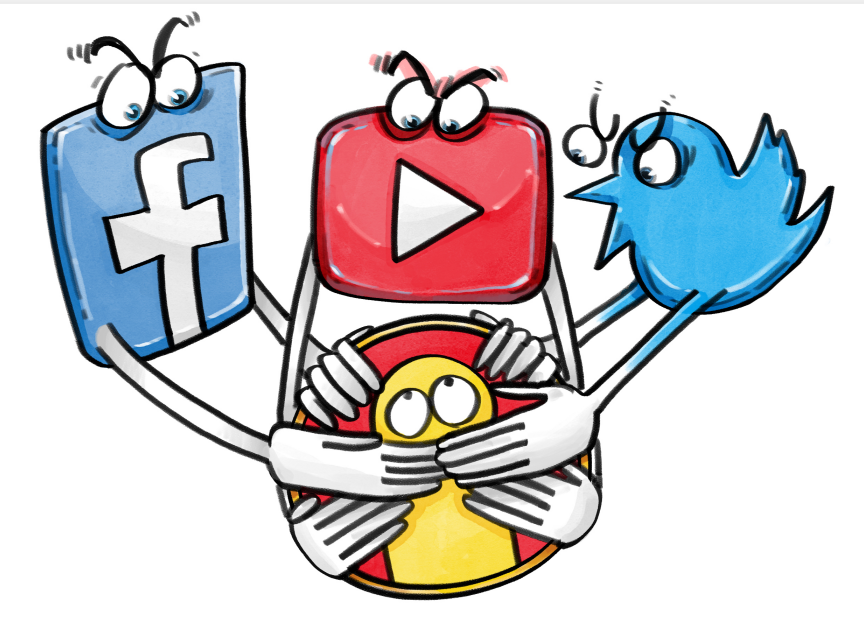 When Nathan Rich first came to China in early 2012 as director of technology for a US visual effects company, he found everything was different. The food was foreign to him, the language was unfamiliar, and even the scenery was strange.

Now he challenges the questionable Western bias against China on social media platforms. He has about 450,000 subscribers on YouTube and his videos normally get about 100,000 views within 24 hours of being published.

This might not seem to be a great achievement among You-Tubers considering over 8,000 YouTube channels have more than 1 million subscribers as of 2019. However, it is remarkable for a channel that is distinctive for its China-friendly content.

Rich says that saying something positive about China on YouTube is far from easy. Especially since, after monitoring his viewing stats, Rich began to suspect that the tech company was intentionally demonetizing his videos, removing his subscribers and reducing the likes per video.

Rich explained how YouTube could be censoring his channel. A clip showed that his real subscriber count was "mysteriously" kept under 1,000, no matter how many people clicked the "subscribe" button. His videos got demonetized before release, on being published or during peak viewing.

By demonetizing a video, the platform strips the video of the opportunity to make money. It also works as a "de-ranking" mechanism, making channels less visible to viewers.

Seeking an explanation, Rich went into a flurry of back-and-forth emails with You-Tube. While he offered a large amount of evidence to verify that his followers are real people, rather than bots, Rich says YouTube made it clear that "they know that they're real people, but they're just going to remove their count anyway".

Nathan Rich is not the first video creator to accuse YouTube of arbitrary demonetization. With a growing number of complaints about its practice, YouTube updated its policies. A YouTube spokesperson told Wired Magazine that the company updated its algorithms and human moderators are sent to help streamline the efficiency of the automated flagging system for material that is deemed censorable if "inappropriate or offensive to some audiences". But the vagueness of that position means problems in censorship come with the territory.

That being said, the company removed more than 17,000 channels between April and June for violating its rules. But as Rebecca Lewis, an online extremism researcher at Data& Society, told Wired magazine, "It's giving us the numbers without focusing on the story behind those numbers."

YouTube is not the only social media giant that arbitrarily censors users. Twitter and Facebook also do it. Twitter announced in August it had identified and removed accounts originating in China that "were deliberately and specifically attempting to sow political discord in the special administrative region, including undermining the legitimacy and political positions of the protest movement". The claim was a unilateral allegation against Twitter users expressing their opinions on the escalating violence in Hong Kong. What's worse, the company's announcement only fueled the radicalism that makes use of the platform to sow discord among Hong Kong residents, especially young people.

Chinese media accounts were among those Twitter claimed were spreading disinformation. But if Twitter was taking the stance that state-backed media are untrustworthy, its ban should extend to media backed by the US government such as Voice of America and Radio Free Asia. Supervised by the US Agency for Global Media, these outlets receive 100 percent of their funding from the US government.

While Twitter, Facebook and YouTube profess their commitment to enabling the sharing of diverse ideas, they are censoring people and de facto policing the internet for the US government.

While pro-China voices are silenced on these platforms, anti-China content is dismissed as harmless if not intentionally given additional weight. In an analysis of 1.1 million Twitter posts, Oxford researchers Gillian Bolsover and Philip Howard found there was no evidence of pro-Chinese state automation on the platform. Instead, automated messages on Twitter were associated with anti-Chinese state perspectives and published in simplified Mandarin, presumably aimed at diasporic Chinese communities and mainland users.

Nathan Rich published a series of Hong Kong videos on YouTube and he claims that all of them were restricted to some extent. But what upset him most was that YouTube had boosted pro-separatist videos in their rankings. When it comes to YouTubers of comparable stature, those with anti-China views are favored by the supposedly "neutral" search algorithm by the platform, he says.

YouTube keeps its algorithms hidden from public view, but reports about how the company tweaks its algorithms to change the search results keep emerging. US conservative media Breitbart News accused YouTube of manipulating search results for gun control activist David Hogg and videos on abortion. While The Guardian did a broad study of over 8,000 You-Tube videos and concluded the YouTube recommendation process led to "an unmistakable pattern of coordinated social media amplification" of divisive clips and conspiracy videos.

Despite the privacy problems and questionable data practices, the social media titans such as YouTube, Facebook, and Twitter enjoy extensive popularity among Western audiences and remain the fastest and easiest way to reach people compared with traditional media outlets. According to a global ranking system, YouTube is the second most-visited site in the world, behind Google, which owns the platform. The video-viewing platform has over 2 billion monthly active users. Although 73 percent of US adults use YouTube, 80 percent of its users are from outside the US. But the dominant position of the US social media titans is accompanied by the lack of competition in the industry. YouTube has no peers in digital video advertising. Advertising revenues from digital videos totaled $16.3 billion in the US market last year. And YouTube accounted for the majority of that, according to Bloomberg.

In the business ecology of YouTube, its popularity lures more creators, media companies and tech firms onto the service, thus creating more ad space. This in turn enables YouTube to control ad prices and collect data about viewers, squeezing out any competitors.

Western media outlets are well known for offering a one-sided story about China. Chinese media are deemed as untruthful, and people who voice support for Chinese government are outright propagandists. The "China is evil" narrative enjoys popularity as it reaffirms the Western stereotypes of China. And with their monopolistic presence, YouTube and Google seem happy to endorse it by trying to make sure that the only information people can find is from anti-Chinese sources.

For pro-China content creators, going to another platform with comparable coverage and potential is thus far a pipedream. But if there is really no alternative, the question should be why YouTube with a virtual monopoly on video sharing, among many others, is not more thoroughly regulated.