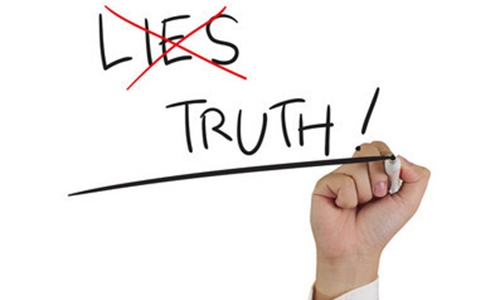 The US and some other Western countries have been recently launching continuous public opinion attacks on China from changing perspectives. They accused China of concealing data on the number of COVID-19 infections and deaths, politicized disputes over the quality of certain medical supplies shipped from China to the West, threw mud at China's diplomacy and demanded China be held accountable for the coronavirus outbreak, as if they are in tune with a new anti-China chorus.

There are three reasons for the emergence of this chorus. First, some forces with an inherent paranoid stance toward China will inevitably respond in this way under the current circumstances. Second, they feel frustrated as China has got the epidemic under control, while US and European countries are being severely hit. Third, ruling and ideological elites in some countries failed to explain the plight their states are grappling with to the public, therefore resorting to diverting domestic anger by scapegoating China.

More attacks on China are likely to occur in the future. But we do not think they will constrain China. China must continue its prevention efforts and strengthen cooperation with other countries to cope with the pandemic. Lies will be eventually revealed and they cannot dominate the world's understanding of the virus fight.

There are three facts worth underlining. First, China has done a great job in containing the epidemic. We reversed the situation in two months. The number of infections and deaths in China, a gigantic society with a population of over 1 billion, constitutes an impressive contrast with the figures outside the country. This displays the extraordinary mobilization capabilities of the Chinese government and people to everyone around the world and is a powerful enough fact to crush any political smears on China.

Second, China has become a force of support in the global pandemic fight after overcoming its initial predicament. It has dispatched medical supplies and experts to other countries, a contribution to the international community that cannot be denied no matter how hard some forces find fault with China. China's most powerful response to slander is to offer more sincere support for countries in difficulties. Actions speak louder than words.

Third, China is the first country to have started post-epidemic reconstruction. Although the coronavirus outbreak has been controlled, it is not completely over. There are still many risks ahead and it is hard to coordinate resumption of work and production, restart consumption and continue the virus fight at this critical moment. China's exploration is of great value to the world no matter it's smooth or not.

Facing external public opinion attacks, at China's disposal are an unprecedented number of facts. For one thing, China must resolutely strike back at the attackers' faulty logic and factual defects. For another, China must maintain its confidence that absurdities will be crushed by facts when it comes to certain inflection points.

The lie that China caused the US to become the country that is worst-hit by the pandemic will be angrily rejected by the American public at some inflection point. If the US cannot concentrate on fighting the pandemic, which could cause between 100,000 and 200,000 deaths as estimated by US infectious disease expert Anthony Fauci, yet China has managed the situation well at the same time, the lies will not be sustained eventually.

Although China's system has deficiencies, it serves the people and always gives priority to people's lives and safety during crises. This has been made crystal clear now.

US President Donald Trump said keeping US COVID-19 deaths to 100,000 would be a "very good job." Any Chinese official uttering the same words during China's outbreak would be overwhelmed by curses.

Many uncertainties lie ahead. China must deal with them with solidarity and confidence. We are the largest society in the world, diligent, kind-hearted, energetic and positive. As long as we handle every matter well and treat others with earnest, no forces can coerce or hurt us.