OPINIONS Anti-China institutions and researchers: Accomplices to a chain of disinformation

Anti-China institutions and researchers: Accomplices to a chain of disinformation 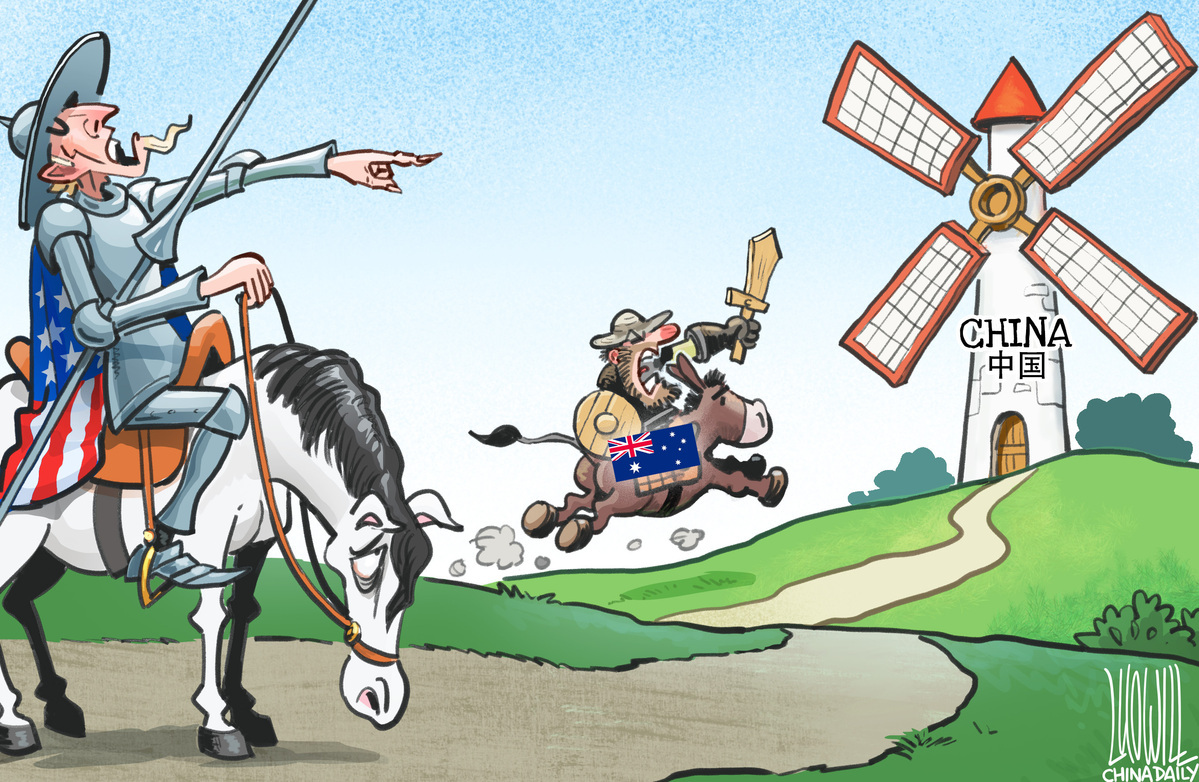 On June 29, researcher Adrian Zenz published a report accusing China of forcing Uyghur women in Xinjiang to be sterilized in order to limit ethnic minority population. Later the same day, US Secretary of State Mike Pompeo issued a statement, citing this report and saying that the Chinese government is using forced sterilization, forced abortion, and coercive family planning against Uyghurs and other minorities in Xinjiang. It is not the first time that the US cites disinformation from the anti-China researcher Adrian Zenz. Similarly, the Australian government, a close ally to the US, also likes to cite so called “reports” or “studies” conducted by certain anti-China institutions.

Here comes a repeated pattern: first, the researchers or institutions released a report making groundless accusations against China; then the Western politicians quickly follow up and make statements by citing the report; next, the media outlets report the news widely; last, the Western governments take advantage of the media leverage and take further actions such as passing human rights acts to ratchet up pressure on China. All together, they have formed a chain of disinformation aimed to stigmatize the Chinese government and portray it as a human rights violator and an evil regime. How does the chain work? Why do we call them disinformation?

First, if we look closely into these researchers and institutions, it is not hard to find that they have very close political and financial connections to the governments. As revealed by The Grayzone, an independent news website in the US, Adrian Zenz is a member of a far-right organization, the so-called “Victims of Communism Memorial Foundation”, established by the US government in 1983, and a senior fellow in a research group set up by the US intelligence community on the vocational education and training centers in Xinjiang. As the US steps up its disinformation campaign against China, Adrian Zenz, a far-right fundamentalist Christian who believes he is “led by God” on a “mission” against China, has transformed almost overnight from an unknown researcher into a go-to pundit on Xinjiang. The reason why this could happen seems obvious.

Australia plays the same trick. Lots of Australian politicians, many in the parliament, are staunch supporters of a think tank called Australian Strategic Policy Institute (ASPI).

ASPI has come to dominate the Australian public’s understanding of China on many issues such as the education and training camps in Xinjiang, and the claimed Chinese military involvement in Australian universities. However, what’s worth noticing is that, according to The Australian Financial Review, ASPI is funded by Australian Department of Defence, military contractors and foreign governments including NATO, the US State Department and the UK Foreign and Commonwealth Office.

Victorian Labor senator Kim Carr says that ASPI “is an Australian government organization, a Commonwealth company, and they’ve been at the center of Sinophobia. This is what happened in the Cold War, you set up a front and create a world view that’s unchallengeable.” Former New South Wales premier Bob Carr has accused ASPI of pumping out a “one-sided, pro-American view of the world”. Veteran foreign editor Tony Walker has slammed its “dystopian worldview” which “leaves little room for viewing China as a potential partner”.

It’s clear to see that researchers like Adrian Zenz and institutions like ASPI are funded and supported by their governments and have strong ideological prejudice against China. They foment anti-China hysteria to the benefit of their benefactors.

Second, the reason we call these reports and statements “disinformation” is that they are not based on facts and are widely disseminated out of political purpose. The word “disinformation” refers to, as defined in the Longman Dictionary, “false information which is given deliberately in order to hide the truth or confuse people, especially in political situations”.

The Western accusations of the China’s violation of human rights in Xinjiang are groundless and false. An NGO funded by the National Endowment for Democracy interviewed only eight persons and rushed into the unconvincing conclusion that “one million Uyghurs (were) detained in Xinjiang”. Adrian Zenz arrived at the same estimate of “over 1 million” by basing it on a single report by Istiqlal TV, a Uyghur exile media organization based in Turkey that works for the separatist cause while playing host to an assortment of extremist figures.

The truth is that the Chinese government equally protects the legitimate rights and interests of people of all ethnic groups, including ethnic minorities. The vocational education and training centers lawfully set up in Xinjiang are preventive counter-terrorism and de-radicalization measures. As a result, Xinjiang hasn’t seen a single terror incident in the past three years or so.

By the end of 2019, all trainees who received trainings had completed their courses and secured employment. And there is no such thing as forced sterilization or forced abortion in Xinjiang. From 1978 to 2018, the population of Uyghurs in Xinjiang grew from 5.55 million to 11.68 million, registering a 2.1 times increase and accounting for about 46.8 percent of the total population of the Xinjiang Uyghur Autonomous Region.

The Chinese government also protects its people’s freedom of religious belief. In China there are nearly 200 million religious believers, of which over 20 million are Muslims. There are more than 380,000 clerical personnel, approximately 5,500 religious groups and more than 140,000 places of worship registered for religious activities. Xinjiang now has 24,400 mosques, one for every 530 Muslims.

The US is witnessing paltry efforts on handling COVID-19, an economy falling into recession, serious systemic racism, social disturbances, drug abuse and frequent mass shootings. The Australian government is also blamed for its unsatisfying coping approaches to the wildfire, which has killed dozens of people and hundreds of millions of animals and destroyed thousands of houses. Both countries are facing serious human rights problems domestically, but instead of focusing on their domestic affairs, they keep on accusing China and trying to shift blame. This chain of disinformation that anti-China institutions and scholars and their governments have formed is just another proof of their intention to keep China down. In the end, it will give them a bad name in history because facts speak louder than words.

The author is an observer on international affairs.