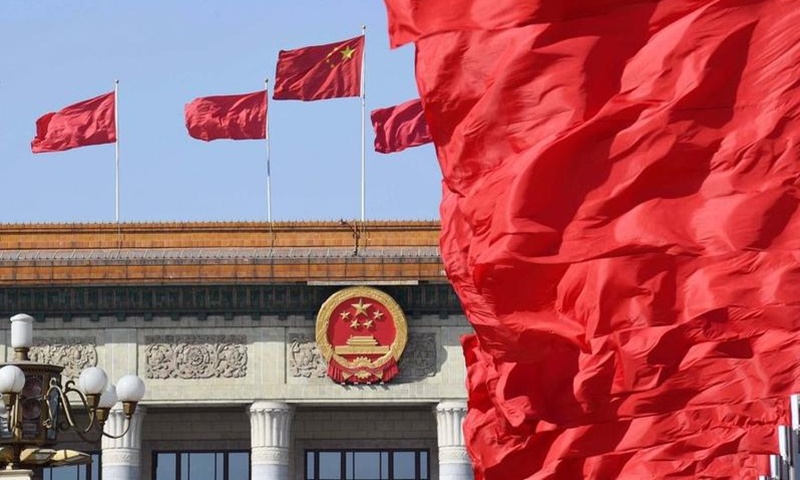 On Thursday, China's Anti-Foreign Sanctions Law was enacted to officially become national law. Its passage came in the right time, and this new legislation will become a powerful tool in China's future legal fight against foreign sanctions and interference, and foreign forces' attempts to use their "long-arm" Jurisdiction.

It is worth mentioning that the latest law is about sanctions. Its "anti-foreign" characteristic highlights that it aims to safeguard China's rights and dignity. It also aims to protect Chinese institutions and individuals from the suppression and bullying of foreign forces. This law is a legitimate self-defense law for the country and is anti-hegemonic in nature. It enables China to stand with all countries and peoples of the world who suffer from hegemony.

The US is currently a hotbed of hegemony. It is obsessed with imposing various sanctions indiscriminately, and as a result, the EU and Russia have developed their blocking statute and anti-sanctions law. China passed similar legislation in response to the urgent situation where the US and its allies apply sanctions against Chinese institutions and individuals on trumped-up charges as well as the growing pressure to defend national interests through international legal struggles. The passage of the law is right in place and effective in terms of politics, legislation, and strategy of struggles. It will be very useful and effective in hitting the sore point of hegemony.

The new legislation will provide a series of strong anti-sanctions tools. It will also act as a deterrent not only to foreign governments that plan to continue sanctioning China illegally, but also to relevant foreign institutions and individuals that push or participate in the sanctions against China. Under the new law, they will become the target of China's retaliatory anti-sanctions, if they stubbornly go their own way.

At the beginning of the US-launched trade war against China, China demonstrated its principled attitude: China does not want a trade war, but it is not afraid of one and will fight one if necessary. And this attitude has been consistently and comprehensively implemented. We do not start any trouble, but we will not hesitate to fight back against the forces that brutally attack us. We will continue to fill up our toolbox for legal struggles. The new Anti-Foreign Sanctions Law has once again declared China's position.

China is strong enough to make this legislation a tiger with teeth and make the targeted foreign forces pay the price. China's strong legal enforcement power will definitely break the long arms of hegemony. Behind this law are the country's enormous economic and political resources, as well as its people's strong will and fearlessness in fighting against aggressive forces. Moreover, all righteous nations and peoples of the world that oppose hegemony will also support this law. Those who challenge the law personally will immediately have a bad taste in their mouths because of their malicious acts that jeopardize China's interests.

We believe that relevant Chinese government departments will promulgate, revise or integrate relevant laws and regulations as supplements to the new Anti-Foreign Sanctions Law. They will make a detailed set of supporting rules to build a complete and powerful legal system against foreign sanctions.

In September 2020, the Chinese Ministry of Commerce introduced the Provisions on the Unreliable Entity List. In January 2021, it published the Rules on Counteracting Unjustified Extra-territorial Application of Foreign Legislation and Other Measures. Relying on a more authoritative and systematic Anti-Foreign Sanctions Law, these existing mechanisms can be integrated and upgraded. They will act in concert with each other. And they are expected to produce a systemic, normative anti-sanctions force.

China is growing stronger, remains friendly to the outside world and stands on its own. If one seeks mutual respect and cooperation with China, the revenue margins will be wider. If one engages in malicious games or even confrontation with China, the losses will be infinite. China is the road to wealth and the bridge to profit, but it will also be the mountain that blocks evil ambitions. Don't make enmity with a rejuvenated China in civilization. This is our advice to those na?ve people.

China has already woken up, and China's enormous potential is growing at an accelerated rate. The time of the endurance of Chinese civilization is hundreds of thousands of years, and virtue acts as a go-between. Hegemony from the US is ridiculous to Chinese people. China has woken up and is moving forward steadily. The pillars of US hegemony are rapidly collapsing and festering over time. Washington should have retrieved the moral ground that has been lost when they were eaten up with pride.

The Anti-Foreign Sanctions Law boils down to one sentence: Chinese people respect you, but you must also respect the Chinese people.