OPINIONS Anti-Semitism is back: the sinister face of popular movements

Anti-Semitism is back: the sinister face of popular movements 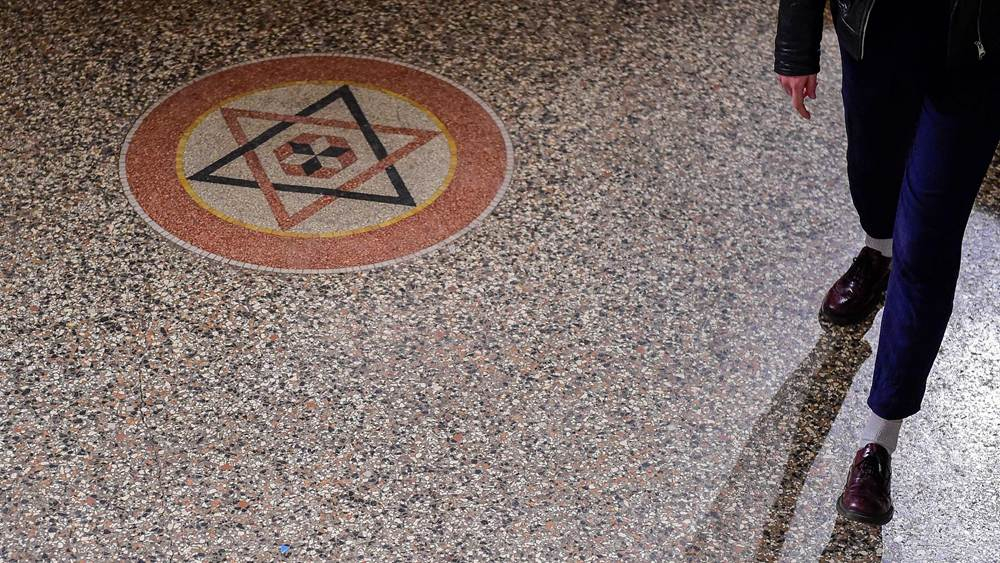 A member of Berlin's Jewish Community walks past the Star of David inside the Synagogue Rykestrasse in Berlin, Germany, November 9, 2018. (Photo: VCG)

Few things bring two opposing camps to form a united front in a divided society like hatred toward a common enemy. Polarizing politics, characterized by populist and social justice movements in the West today, have once again given rise to an irrational hatred – namely, anti-Semitism.

According to the International Holocaust Remembrance Alliance's (IHRA), anti-Semitism is a certain perception of Jews, which may be expressed as hatred toward Jews. This ancient prejudice, heightened by new anxieties, has been normalized in ways not seen since World War II, an alarming trend on both sides of western politics with dire consequences.

Anti-Semitism in the mainstream again

On October 27, 2018, a gunman shot and killed 11 people while shouting "all Jews must die" in a synagogue in Pittsburgh, Pennsylvania in the deadliest attack on Jewish people in U.S. history. The ideology behind the murder of innocent people was the accumulation of right-wing nationalism and anti-establishment sentiments allowed to go unchecked in a divisive environment, which many believe U.S. President Donald Trump's election had helped create in the country.

The Pittsburgh shooting was not the first violent anti-Semitic attack in the U.S. Experts have pointed to the increasing popularity of conspiracy theories as contributing to the rise in anti-Semitism.

A report by the Anti-Defamation League (ADL) shows the number of anti-Semitic incidents in the United States spiked 57 percent in 2017, the year Trump was sworn into office. Although the Republican president does not share anti-Semitic views himself and is a staunch ally of Israel, his rise to power has been blamed for the encouraging of hate groups like white nationalists in his voter base.

Trump's recognition of Jerusalem as Israel's capital, followed by the U.S. embassy's relocation there, also set off demonstrations that were used as a pretext to attack all Jews. A considerate amount of hate crimes were thus camouflaged as pro-Palestinian activism.

"A confluence of events in 2017 led to a surge in attacks on our community – from bomb threats, cemetery desecrations, white supremacists marching in Charlottesville, and children harassing children at school," said the CEO and National Director of ADL Jonathan A. Greenblatt in a statement. "These incidents came at a time when we saw a rising climate of incivility, the emboldening of hate groups and widening divisions in society."

If the political environment makes a hotbed for anger and bigotry, social media is amplifying extremist politics and spreading misinformation at an unprecedented rate. On Twitter alone, an estimated 4.2 million anti-Semitic messages were posted in 2017, according to ADL.

"Social media allows the extremes to connect,” said James Loeffler, history and Jewish studies professor at the University of Virginia. “There is an environment of polarization and conspiracy thinking in this country.”

The U.S. is not alone. On both sides of the Atlantic, anti-Semitic attacks have nearly tripled from five years ago, according to the latest data from the ADL and the Community Security Trust (CST). In Britain, the first visible spike in anti-Semitic incidents also coincided with anti-globalist Euro-sceptic parties going mainstream in 2014 when the anti-EU UK Independence Party (UKIP) entered the European Parliament for the first time.

British opposition leader Jeremy Corbyn, a long-time critic of Israel, was elected leader of UK Labour Party in 2015 on waves of anti-establishment sentiments in the aftermath of the 2008 financial crisis. Corbyn has since come under constant scrutiny for refusing to adopt the IHRA's definition of anti-Semitism, until September 2018. He has also been accused of allowing anti-Semitism to spread in his party and condoning anti-Jewish bigotry from his supporters, who allegedly shared Holocaust denial and Jewish banking conspiracies on social media.

On the continent where the World War Two and the Holocaust are still in living memory, a third of Europeans surveyed last year by CNN/ComRes admitted that knew little or nothing about the genocide of six million Jewish people by Adolf Hitler-led Nazis. One in 20 said they had never heard of it.

Meanwhile, a study by the European Union Agency for Fundamental Rights (FRA) found more than one-third of European Jews living in 12 EU countries considered leaving for fear of their safety. Nine out of 10 respondents felt anti-Semitism had gotten worse over the past five years, particularly in France.

French Prime Minister Edouard Philippe said acts of anti-Semitism had risen 69 percent in the country, citing government statistics. There have been a number of high-profile attacks targeting the Jewish community in France, most notably the murder of an 85-year-old Holocaust survivor in her home last year and the killing of four people in a kosher supermarket in 2015. All this has prompted French Jews to emigrate in record numbers thanks to a combination of hostilities from far-right, far-left and radical Islamists.

It has been reported that some protesters of France's "yellow vest" movement were filmed making the Nazi salute and chanting slogans describing French President Emmanuel Macron as a "wh**e of the Jews" and their "puppet." Yet public support for the grassroots movement against Macron's centrist government remained high, according to French media, despite the destruction it brought to Paris' streets.

While hate crimes committed by the swastika-donning far-right are extensively reported, those coming from ordinary people and other minority groups are less understood and talked about.

This week, the U.S. Democratic National Committee (DNC) appeared to have withdrawn its sponsorship for the 2019 Women's March after the movement's leadership came under fire for its alleged anti-Semitism.

The Women's March started in 2017 as a response to Trump's inauguration. Understood as representing the "liberal" side of U.S. politics, the movement drew worldwide support with millions marching in solidarity for women's and minorities' rights. The four women who are now the faces of Women's March won endorsements from politicians, celebrities and mainstream media.

Two years later, the same leaders of the intersectional movement are embroiled in accusations of the kind of intolerance they supposedly fight. Ahead of this year's event on Saturday, the Women's March reportedly lost all its major supporters after co-president Tamika Mallory failed to condemn hate speech from Nation of Islam leader Louis Farrakhan.

Farrakhan is notorious for making anti-Semitic and homophobic comments, including calling Jews "satanic," comparing them to "termites" and describing Hitler as "a great man." Mallory, who attended one of Farrakhan's controversial speeches, defended her association with the Nation of Islam leader in a recent interview on ABC, saying he is great for what he's done for the black communities.

The controversy surrounding Women's March leaders had been building for months. In September, march organizer Linda Sarsour, a Palestinian American and vocal activist for racial justice and Palestinian rights, called on Muslim Americans to dehumanize Israelis in a speech, sparking outrage.

The politics of 'us' against 'them'

Numerous studies and media reports have shown that criticisms of Israel and the belief that Jews control financial institutions make up the bulk of anti-Semitic rhetoric from all positions on the political spectrum. The labeling of a whole country or group of people as "the oppressor," as an organizational tactic, establishes that it is acceptable - even righteous - to hate and dehumanize those who are deemed "the oppressor" and for others, "the globalist elite."

A core belief of populism, wrote Dutch political scientist Cas Mudde in 2004, is that "the most important division in society is an antagonistic one between the good "people" and the corrupt "elite."

The anxieties borne out of economic woes and shifting sociocultural landscape in western countries have invited the return of "us" against "them" identity politics. Social divides along perceived identity lines are present in every aspect of western political life from party politics to street protests to name-calling online.

As French philosopher Jean-Paul Sartre famously wrote in the aftermath of World War Two, anti-Semitism is a "criminal passion" as opposed to an idea. "It is not a point of view based rationally upon empirical information calmly collected and calibrated in as objective a manner as is possible."

At present, Jewish people in the West have been made a convenient target of popular resentments fueled by anti-immigrant and anti-establishment sentiments, combined with historical prejudice and unfounded paranoia. But as this anger continues to demand someone to blame and cares little about facts and reasons, no one will be safe.