OPINIONS Anxiety behind superstitions, nothing fishy about it

Anxiety behind superstitions, nothing fishy about it 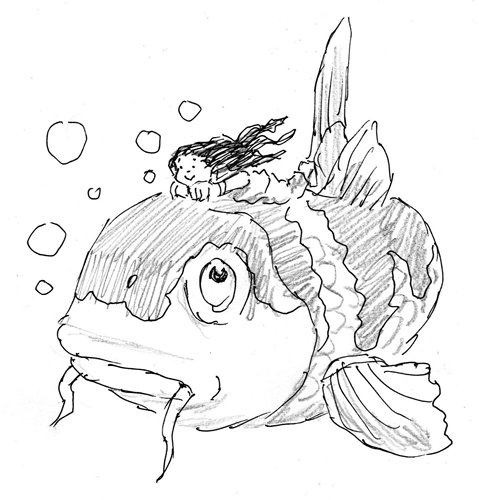 The Chinese internet has been recently awash with koi, a kind of fish which people believe could improve fengshui, a belief in Chinese culture. Reposting pictures of koi on social networks to bring good luck has become a trend. An article about a young girl from Xiongan New Area jumped on the koi bandwagon and pushed the koi craze to a peak.

The girl said she herself is living like a koi. The night before attending gaokao, China's national college entrance exam, she skimmed through the books and reviewed a few examination questions. The next day, she found one question in the test was exactly what she had seen the previous night.

She was in the second place in the written examination for getting into China's civil service. On the day of the interview, the one who came first was late. So she got the job. She said that reposting her story can bring good luck and quite a few netizens complied.

Deep down, people know that this is just superstition. But they cannot help but repost. Such superstition is creeping upon us, increasingly encroaching into our lives. With more and more young people hoping to score high in exams, land that dream job or find the most cherished love in life, something like worshipping a koi can be a very low price to pay.

Since when did they start taking to fetishism? French philosopher Baron d'Holbach once noted, "Man is superstitious only because he is afraid".

Most people, especially the young, live in anxiety. "Have you seen Los Angeles at 4 am?" This is not the lifestyle only of Kobe Bryant, many Chinese do the same.

If one wants to know how much pressure young Chinese people are under now, one should take a subway train during the morning rush hour, especially in big cities like Beijing or Shanghai. At the workplace, most people feel no one cares about who you are, but only about what you do.

Besides work and economic pressure, people also face pressures from the family and marriage. When did we become adults? It was like being on a train that whizzes past at 200 miles an hour. How do we make it stop? So, we start to wish for luck.

But pressure is only an excuse. The truth is we don't know enough about the challenges and tend to overestimate our ability to face them. So when we are caught up in setbacks, hardships, we seldom reflect on ourselves but only complain about the lack of luck.

We surely have dreams - the reason we pin our hopes to life-changing koi. But our efforts do not deserve our dreams.

Compared to the koi girl, another news story which caught our attention is completely different. Lin Min, chief engineer and general manager of Hong Kong-Zhuhai-Macao Bridge project, became one of the most searched hashtags over the last week. Not because this world's longest sea bridge officially opened in late October, but because he used to run near the bridge everyday through the entire construction period. Why? He said if he cannot persist in doing a small thing like running, how can he accomplish a world-class project?

Yes we are all busy and under pressure. But how many of us can be busier than Lin?

When we reposting koi for luck, there are people dashing to their dreams.