OPINIONS Anxiety pushes US to turn hostile to China

Anxiety pushes US to turn hostile to China 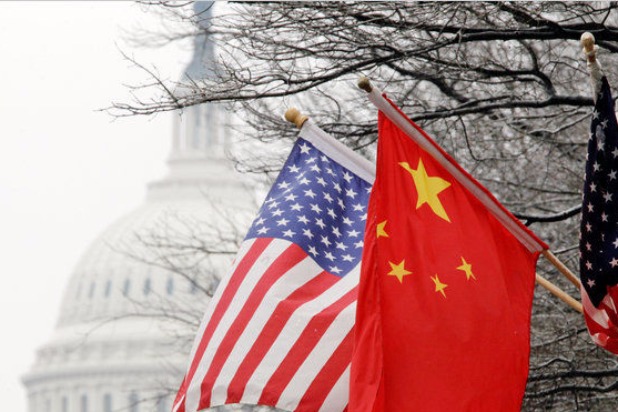 China's foreign ministry and defense ministry Saturday strongly responded to the latest US naval operation involving the USS Hopper missile destroyer entering within 12 nautical miles of Huangyan Island in the South China Sea. The US recently signaled its harsh stance on China on varied occasions. Its National Security Strategy called China a "rival," while the Pentagon gave more importance to competition with China and Russia than the fight against terrorism in its National Defense Strategy released Friday.

The US is indeed turning to contain China, trying to reverse its narrowing gap with the economically rising country. An annual report from the office of US Trade Representative Robert Lighthizer said the US mistakenly supported China's WTO membership in 2001. While Washington allegedly wants to punish China over trade, it's hard to take such actions. China has more tools in hand to retaliate against the US.Tensions will probably flare up between China and the US. But if Washington intends to undermine its ties with Beijing, it needs to reckon with the returns and losses and take a high-stake move to turn its diplomacy with China from a controllable process into a gamble. Neither China nor the US will win if they enter into a Cold War. This involves much higher political risks for the US. Those in the US who advocate containing China mostly disregard the reality, and hence seriously underestimate the possible repercussions on the US. US society is unprepared for the risks and pain required to "Make America Great Again."If the Trump administration turns China-US relations from the status quo to Cold War confrontation, international relations in this century will be fundamentally changed. Yet this means a crisis for the US that is unable to champion such a shift, and will steeply increase pressure on the Trump administration and exacerbate divides within the US. China doesn't need to fear a change of heart by the Trump administration toward China since it's no big deal. If US society can live with strained ties with China, so can China. China's pursuit of a win for all is not understandable to all Westerners, and may even be taken by some Americans as a scheme to evade US containment. We should just let it be in terms of ties with the US.With fewer cards, the US finds it difficult to confront China and sending a naval vessel in the South China Sea is something easier. Yet as China's military size and quality improve, so does its control of the South China Sea. Provocations by the US military in the waters will inflict more pressure on itself rather than China. The US is doomed to fail in this respect. While disputes between countries involved in the South China Sea have considerably subsided, China's challenges are growing from US provocation. China is able to send more naval vessels as a response and can take steps like militarizing islands. This can by no means bring honor to the Trump administration. Getting hawkish on China, the US actually feels chaotic amid anxiety. Washington can hardly use new levers against China. We need to neither take a tit-for-tat stance against the US that sees China as a rival nor make unprincipled concessions on specific issues. We can handle impulsive US moves by employing ancient Tai Chi philosophy - overcoming hardness with a soft approach.