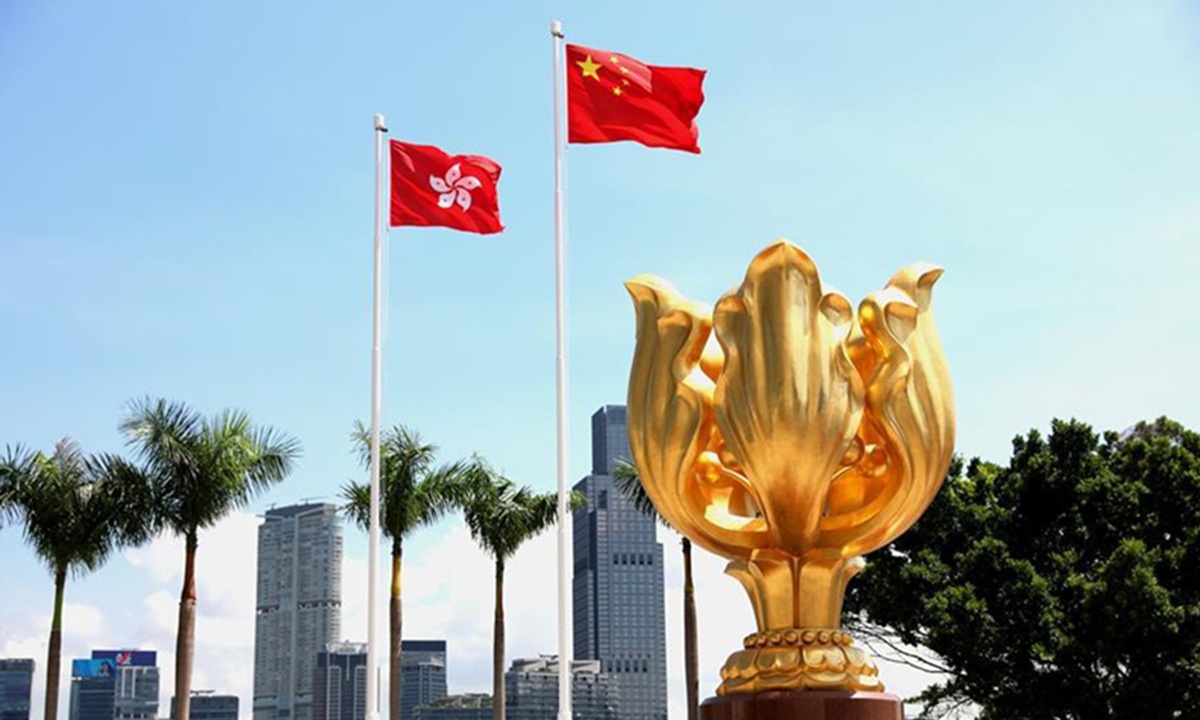 Hong Kong police searched the Apple Daily newspaper offices on Thursday and arrested five executives on charges of colluding with a foreign country or with external elements to endanger national security. The operation, in accordance with the national security law for Hong Kong, was met with accusations and interference from the US and UK governments.

On Twitter, British Foreign Secretary Dominic Raab inaccurately accused that the search and arrest "demonstrate Beijing is using the National Security Law to target dissenting voices, not tackle public security." The US State Department "condemned" the arrests and asked for their immediate release. "We are deeply concerned by Hong Kong authorities' selective use of the national security law to arbitrarily target independent media organizations," Ned Price, US State Department spokesperson, said.

It must be pointed out that Jimmy Lai Chee-ying, founder of the media company Next Digital and owner of Apple Daily, has been convicted of crimes. The role Apple Daily played in Hong Kong's turmoil went far beyond the duty of a media outlet, and became a direct agitator of rioters and supporter of Western forces. This is obvious to all. According to the police, Apple Daily has published dozens of English and Chinese articles since 2019 calling for foreign sanctions on Hong Kong and Chinese mainland. Yet, this is perhaps only the tip of the iceberg of its illegal anti-China actions to destabilize Hong Kong.

When Hong Kong police searched the Apple Daily building and arrested relevant personnel based on existing clues, the move was completely in line with the law. There is no moral basis for the outside world to point a finger at it.

The US and the UK must accept the reality that they can no longer influence the situation in Hong Kong. The city has returned to its motherland, and is now governed by the Constitution of the People's Republic of China and the Basic Law. The US and the UK have no right to make judicial definitions of Hong Kong affairs. If they insist in doing so, all they do will become merely a show. The national security law for Hong Kong has already blocked the influence of such shows outside the city.

The overall situation of the game is now clear. The US and the UK are running out of tools to intervene in Hong Kong affairs. All they are left with is making cheap statements. They keep "hamster wheeling" and their voices are highly repetitive, which, even in the West, are losing influence. Among Hong Kong people, a viewpoint has been shaped - Hong Kong is beyond the US and UK's grasp and whatever they say is pointless.

Hong Kong society can finally calm down and earnestly carry out social construction, which is in line with the Basic Law and different from that in the mainland. Apple Daily must focus on being a media outlet and exercise normal freedom of the press, rather than being hijacked by the executives of Next Digital and turned into a base for political motivation and communication center of Western forces to attack Hong Kong, jeopardize its stability and thus contain China. It cannot turn freedom of the press into freedom of undermining Hong Kong's operations and Chinese unity. It must not use the legal logic of the US and the UK, and rely on their support, to arrogantly confront China's Constitution and Basic Law.

Hong Kong is committed to returning to the track of the rule of law. The national security law for Hong Kong has shown its power. The Hong Kong Special Administrative Region government has been focusing on rebuilding the people's consensus while exercising restraint in taking legal enforcement action. At least 521 people have been arrested and charged with crimes in the US' few-hour long Capitol Hill riots; yet since the turmoil in Hong Kong, much more severe social damage has been made in Hong Kong, and only 62 people were prosecuted after the national security law came into effect.

The stability and prosperity of Hong Kong needs to be realized on the basis of the common will of all citizens to abide by the Constitution and Basic Law. Apple Daily cannot be above the law. Those who use Apple Daily to engage in activities that disrupt Hong Kong will be held accountable in accordance with the law. This has sent a strong signal to Hong Kong society that the Basic Law and the national security law must be unconditionally abided by.

The one country, two systems principle must be complied with. This is the firm attitude of China's central government and the common aspiration of Chinese society. However, one country, two systems cannot be defined by the US or the UK, and Hong Kong's radical opposition must hold no illusion that they could seize the right of defining one country, two systems though struggles. They have tried and failed so many times to shake up the constitutional system of Hong Kong. They need to sober up to the situation, recognize what is the time's mainstream, and follow the direction.