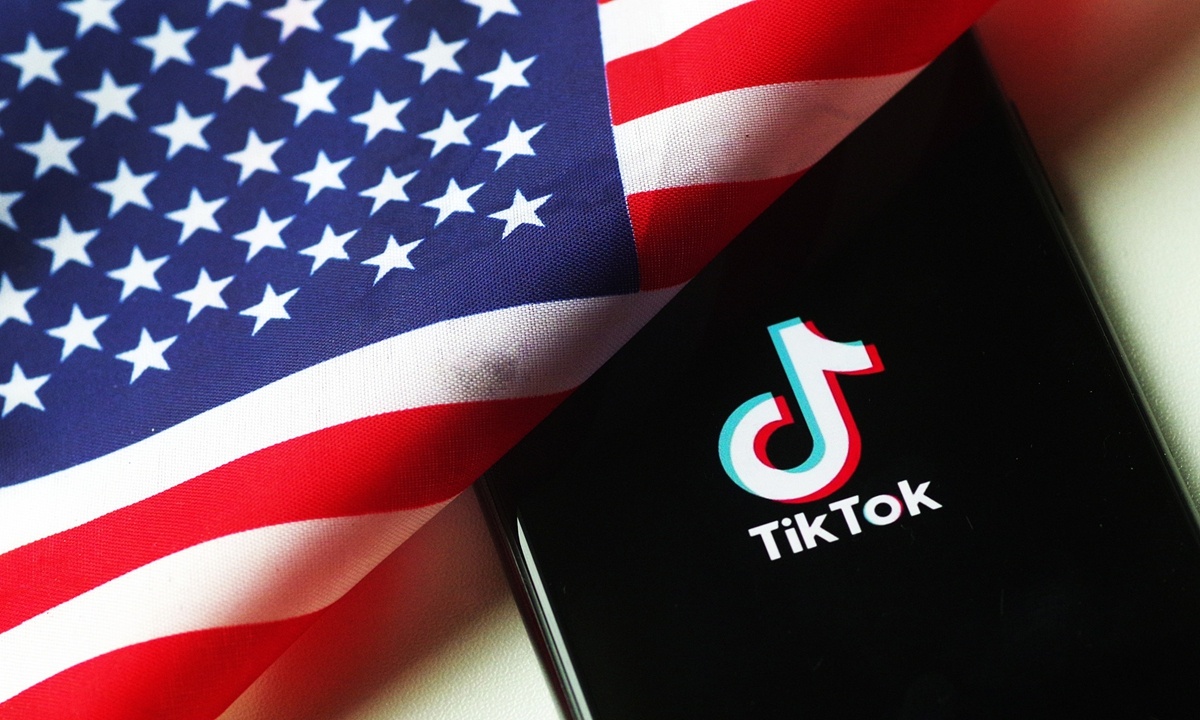 The Trump administration on Saturday approved in principle a proposal from TikTok, Oracle and Walmart that will prevent TikTok from being shut down in the US. The new company will be named TikTok Global, headquartered in the US, likely in Texas. The US Treasury Department confirmed Saturday that the deal has been reviewed but is still pending approval.

Related parties feel cautiously optimistic toward the progress made so far. This is mainly because the proposal evidently gets rid of the abnormal tendency, in which the concept of security is getting growingly superficial, and seems to return to a normal and rational commercial agreement.

This could even been seen as a reversal of US President Donald Trump's executive order issued in August that would have forced ByteDance, TikTok's parent company, to sell or spin off its TikTok business in the US.

Bloomberg reported TikTok is working with Walmart on a commercial partnership and will take part in a TikTok Global financing round along with Oracle, and Oracle is said to be chosen as TikTok's "trusted technology provider."

It comes as a result of a concerted effort from the Chinese government, ByteDance, and US domestic forces to tackle their divergences.

The Chinese government protects and supports the legitimate interests of Chinese enterprises abroad. The Chinese Ministry of Commerce and Chinese Ministry of Science and Technology in late August released a revised catalogue of technologies that are subject to export bans or restrictions, partly regarding the planned sale of TikTok's US operations. Chinese Foreign Ministry Spokesperson Zhao Lijian said on August 24 that China "will continue to take all necessary measures to resolutely safeguard the legal rights and interests of Chinese companies."

Against the backdrop, ByteDance has been learning to optimize its strategies. In late August, ByteDance sued the Trump administration in a bid to protect its rights and interests over the US government's order to ban the video app. In addition, some relevant forces in the US have been promoting their cooperation with the Chinese side in a pragmatic manner. All the factors mentioned above have played a vital role in changing the stance of the US.

Protecting the rights and interests of Chinese enterprises abroad is a matter of sovereignty. In principle, when rules of fairness are strictly abided by, governments do not need to get involved. But the current situation goes against this ideal situation. The Chinese government's involvement is essential.

China's overall national power determines the effect of the government's intervention, which tends to be very positive. It has effectively protected Chinese companies' legitimate interests overseas, safeguarded the rules of international business to some extent, and contributed to the benign development of China-US ties.

The new TikTok deal has drawn global attention and has mirrored that the US can obtain broader interests, and to some extent showed a posture with willingness to reach win-win results. If the Trump administration makes more moves to block the deal, it may encounter direct checks and balances from interest groups of Wall Street. Before the November 3 US presidential election, the Trump administration may merely make aggressive rhetoric, instead of adopting pragmatic moves. If nothing unexpected takes place, the proposal is likely to get approved and implemented.

It is expected to see a stable and benign developing environment. However, with the approaching US election, it cannot be ruled out that in order to win more votes and seek more political interests, the Trump administration will continue to suppress China and Chinese enterprises under various excuses. Chinese State Councilor and Foreign Minister Wang Yi has made it clear about China's tactics: China will not dance to the tune of the US, but neither will it allow the US to play fast and loose.

For China, boundaries and redlines are needed to safeguard its national interests. When forces cross the redlines for whatever reasons, China must take countermeasures. China is improving a wide range of policies to effectively cope with the negative impact and challenges of the Trump administration's uncertainties.