OPINIONS Argentina needs much more than a political reshuffle

Argentina needs much more than a political reshuffle 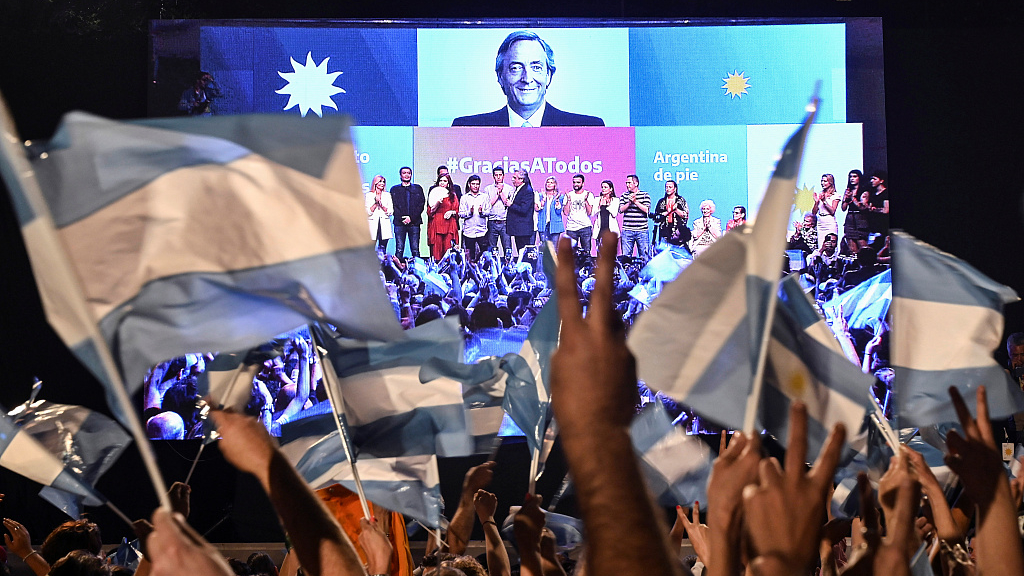 This is the least suspenseful presidential election since the military junta ended its rule in Argentina in the 1980s. Alberto Fernandez, along with his running mate Cristina Fernandez, the former Argentine president who stepped down in December 2015, got an outright victory in the primary election.

The result is more about Argentines getting tired of President Mauricio Macri's economic policies than opting for Alberto. Four years ago, the voters elected Macri because they were frustrated with Cristina.

When the time is tough, people always want someone who understands the economy to take the helm. Macri comes from the most prominent business family in the country, and his team is also full of successful businessmen. He promised voters to bring Argentina into the "era of reform" and also outlined an ambitious blueprint.

Perhaps with the high hope, he gave voters comes greater disappointment at him today. After all, his reforms over the past few years have brought no improvement to Argentina. The question is: Can the mess left by this government really be cleaned by just a political reshuffle?

Simon Kuznets, the Nobel laureate in economics, considered Argentina neither as a developed country nor a developing one. He could not understand that Argentina, whose GDP ranked eighth in the world before the World War I and per capita GDP rendered it a "very wealthy" country, would suffer such a spectacular downfall in just a few decades and have to go to the International Monetary Fund (IMF) for help dozens of times in the face of debt defaults.

In the first half of the 20th century, Argentina entered the vicious circle of oscillating between the extremes of the economic policy spectrum. In the following half century, 29 different military juntas and literati governments dominated by the left-wing, central left, central right and right-wing parties have ruled the country. All kinds of ruling doctrines have been tried in the land of silver. To create short-term social gains, the easiest way is to live beyond its means in blatant disregard of long-term development. As a result, the country has always found itself in the Sisyphus' dilemma.

The presidency of Nestor Kirchner and his wife Christina from 2003 to 2015 once gave the country a glimmer of hope. State ownership, price control and foreign exchange control campaigned by the couple, plus the rising prices of primary commodities in the international market, helped Argentina to sail through the most peaceful period in modern times. However, in the face of the global economic downturn in 2014, Argentina's inflation reached 40 percent, and the country once again found itself on the brink of default.

Macri, who took office in 2015, blamed the economic policy of the previous decade for all the problems. As often seen in the history of this country, whenever the economy was in distress, the newly elected politicians always resorted to opposite economic theories in the hope that new policies are a silver bullet to solve all problems.

Reform and patience are equally important

In the 1990s, Argentina under the rule of Carlos Menem was praised by the IMF as a "reform model." The then president sold almost all competitive state-owned enterprises and public utility companies that constituted the economic lifeline of the country to foreigners. Even the financial industry was made open to a foreign acquisition. Such reforms could temporarily suppress inflation and improve fiscal conditions, but the revenue stream generated was only one-off, and most of it was turned into public expenditures rather than investment in production. As a result, the government lost control of the macroeconomy. When the global economy slumped into difficulty, Argentina became ground zero of corporate failure and soaring unemployment rate.

Another ill-conceived decision was the partial market opening and trade liberalization. Although such policies could create a trade boom in the short term, they squeezed the market for domestic companies. This was particularly true for key industries and emerging industries that were closely linked to the national economy and people's livelihood. "Trade liberalization" led to an influx of foreign goods, causing its domestic market to be gradually monopolized and controlled by foreign companies.

Macri has done nothing more than a do-over of Carlos Menem's policy. It is precise because of complete privatization and liberalization that Argentina is considered to be the country most compliant to the "Washington Consensus" and also a role model of "neoliberalism". However, the short-term oriented policies have left the country in a "middle-income trap."

Although it is difficult to have a clear view of Alberto's future economic policies, it is clear that Macri's old approach is unlikely to continue. In the past few decades, the country's volatile economic history has undermined investors' confidence in him, and therefore they would react fiercely to the faintest uncertainties. The test for Alberto in the short run is to cope with the upcoming economic storm.

However, what's more testing is whether he can come up with a long-term economic reform plan to upgrade the country's economic structure and development model. In the meantime, the test for Argentines is whether they have the patience to uphold this reform, or if they are quick to change the ruling party once there is economic turmoil.