OPINIONS Arms race with US does not fit China's development goals

Arms race with US does not fit China's development goals

From cooperating partners to competing rivals, China and the US seem to be engaged in a tug of war in all aspects, although their approaches differ. 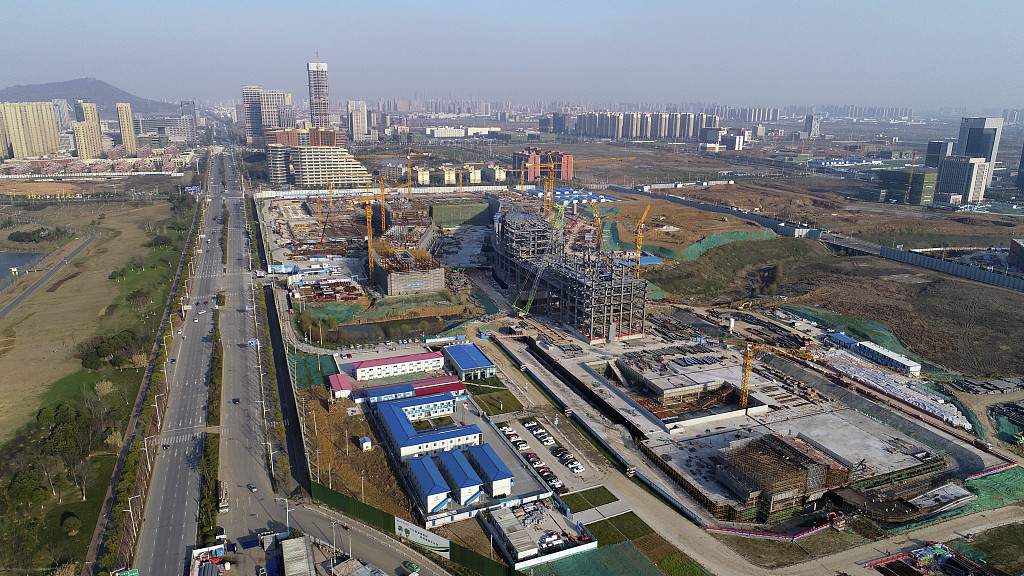 The Innovation Institute for Quantum Information and Quantum Science & Technology with the support of the Chinese Academy of Sciences and Anhui province is being built in Hefei, Anhui Province, on March 12, 2019. (Photo: VCG)

In his fiscal 2020 budget, US President Donald Trump on Monday asked Congress to raise defense spending by 4 percent to $750 billion while slashing spending for foreign aid by $13 billion. Obviously the Trump administration is ratcheting up US military muscle to claim US world dominance. Keeping in mind competition with China, a country the US has singled out as a national security threat, Washington is igniting an arms race with Beijing.For years, the hot wars the US has launched or been involved in have cost both itself and the world dearly. Today, with its military obligations spanning the globe, US defense spending largely serves an offensive purpose. In his book The Rise and Fall of the Great Powers, British historian Paul Kennedy concluded that military overstretch leads to the decline of empires.China, which only in recent years has been ascending toward becoming a major world player, clearly knows its mission. China is dedicated to promoting world connectivity and development while the US is playing a declining, if not opposing, role in securing the global commons. As Trump raises his country's defense budget, he calls for cuts of around $1 billion in spending at the National Science Foundation, the US government's top funder of non-medical research. Does the US need more ships than scientists to compete with China? The answer given by Michael McFaul, a Stanford University professor and former US ambassador to Russia, is "no," as he posted on Twitter.On February 11, Trump signed an executive order entitled "Maintaining American Leadership in Artificial Intelligence" that aims to promote investment and innovation in the emerging field. The National Science Foundation, whose research field includes computer science and machine learning, said it supports transformative research in AI. But Trump's latest budget-slashing move contradicts his desired US leadership in this field.At the same time, China has wasted no time and is doing far more than talking. In 2017, the Chinese government said it wanted to make the country and its industries world leaders in AI by 2030. The US has far more AI engineers than China, but China is closing the gap rapidly. According to a Nikkei report, Chinese companies have surpassed their US counterparts on a Nikkei ranking of the top 50 patent filers for AI in the last three years.China has no intention of building barriers for a tech cold war. Beijing is willing to be involved in technological competition with the US as long as it is fair and equal. In the same light, China does not fear any military threat from the US, but will not let itself get caught in an arms race by US provocations, as this does not fit China's development goals.