OPINIONS Arrest of Huawei CFO a dangerous move by US: Jeffrey D. Sachs

Arrest of Huawei CFO a dangerous move by US: Jeffrey D. Sachs 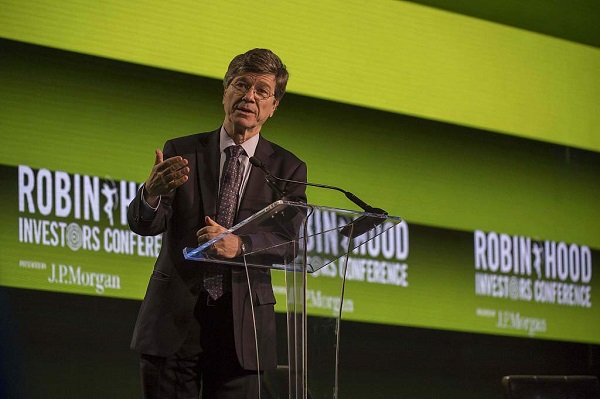 The Project Syndicate, a famous international media organization, published the article “The War on Huawei” by Jeffrey D. Sachs on December 11. The author thought that the arrest of Huawei CFO Meng Wanzhou was a dangerous move by Donald Trump’s administration and that the arrest was definitely related to the current events.

To start, the author quoted words from Mark Twain, saying that “history often rhymes.” “Our era increasingly recalls the period preceding 1914. As with Europe’s great powers back then, the United States, led by an administration intent on asserting America’s dominance over China, is pushing the world toward disaster,” wrote the author.

The author did not think that the arrest of Meng has nothing to do with the current global events. He thought “such a move is almost a US declaration of war on China’s business community. Nearly unprecedented, it puts American businesspeople traveling abroad at much greater risk of such actions by other countries.”

The author thought that the US rarely arrests senior businesspeople, US or foreign, for alleged crimes committed by their companies and corporate managers are usually arrested for their alleged personal crimes (such as embezzlement, bribery, or violence) rather than their company’s alleged malfeasance.

As the author put it, there are also a large number of US or non-US companies that have violated US sanctions against Iran and other countries. For example, JP Morgan Chase paid $88.3 million in fines in 2011 for violating US sanctions against Cuba, Iran and Sudan. Yet Jamie Dimon, the CEO of JP Morgan Chase, wasn’t grabbed off a plane and whisked into custody. Not surprisingly, JP Morgan Chase is not alone, but the CEOs and CFOs involved are not arrested and taken into custody for these violations.

Huawei is one of China’s most important technology companies. The author thought the US’ actions against Meng is part of the Trump administration’s broader attempt to undermine China’s economy and a move to slow or stop China’s advance into several high-technology sectors.

“The US is trying to target Huawei especially because the company’s success in marketing cutting-edge 5G technologies globally. The US claims the company poses a specific security risk through hidden surveillance capabilities in its hardware and software. Yet the US government has provided no evidence for this claim,” the author wrote.

US Secretary of State Mike Pompeo has said that the Trump administration is “lawfully exiting or renegotiating outdated or harmful treaties, trade agreements, and other international arrangements that don’t serve our sovereign interests, or the interests of our allies.”

At the end of the article, the author pointed out a serious issue, that the unprecedented arrest of Meng is based on US extra-territorial sanctions, that is, the claim by the US that it can order other countries to stop trading with third parties such as Cuba or Iran. “The US would certainly not tolerate China or any other country telling American companies with whom they can or cannot trade.”

The author said the Trump administration, is today’s greatest threat to the international rule of law, and therefore to global peace. “Sanctions regarding non-national parties, such as US sanctions on a Chinese business, should not be enforced by one country alone, but according to agreements reached within the United Nations Security Council,” he wrote.

“UN Security Council Resolution 2231 calls on all countries to drop sanctions on Iran as part of the 2015 Iran nuclear agreement. Yet the US – and only the US – now rejects the Security Council’s role in such matters,” wrote the author.