The AT&T logo is positioned above one of its retail stores in New York. File photo: IC

The top US antitrust regulator has sent a chilling message to dealmakers with his opposition to AT&T Inc buying Time Warner Inc: Companies do not have to be competitors for their merger to hurt competition, and there are no simple fixes to getting such deals approved.The Department of Justice's lawsuit to block the AT&T purchase could be a negative sign for other so-called vertical mergers - where the companies do not compete but one supplies the other - such as pharmacy operator CVS Health Corp's plan to buy insurer Aetna Inc.Investors had thought AT&T's acquisition of Time Warner, if not a slam dunk, would be approved by the Justice Department and its antitrust division chief Makan Delrahim with relatively few asset sales or conditions.Delrahim dashed those hopes on Monday when the Justice Department sued AT&T, arguing that the US No.2 wireless carrier would use Time Warner's content to force rival pay-TV companies to pay "hundreds of millions of dollars more per year for Time Warner's networks."With the case headed to court, traders are upping their bets that similar mergers awaiting approval will not be endorsed by regulators even though it has been decades since the Justice Department last successfully sued to stop a vertical merger.Shares of Time Warner have fallen 10 percent since word first leaked in early November that the Justice Department might challenge the AT&T purchase.Market confidence in the deal closing went from around 80 percent to around 30 percent, according to Samir Kapadia of VogelHood Group, which uses public data to predict future US government actions for investors, industry groups and others."Investors were shocked and the market responded," said Kapadia. "Everyone on Wall Street feels like they're missing something here."

Traders who watch mergers and acquisitions closely had concerns about other deals that had not yet closed, in addition to the proposed CVS acquisition of Aetna."People see the DoJ [the Justice Department] under Trump as less predictable [than] they thought," said a trader, who spoke on condition of anonymity to protect business relationships.Classic verticalCVS made an offer to acquire No.3 US health insurer Aetna for more than $200 per share, or over $66 billion, people familiar with the matter said in late October.German drug maker Bayer's plan to buy Monsanto Co for $63.5 billion, including debt, could also be affected by the Justice Department's revived interest in vertical transactions.The focus of the merger review so far has been on the few areas of overlap - like canola seeds - but the main thrust of the merger is to combine Monsanto's seed business with Bayer's expertise in crop protection, a classic vertical transaction.Germany's Fresenius Medical Care's $2 billion deal to acquire a supplier, US dialysis equipment maker NxStage Medical Inc, has also started to struggle in the market.Since doubts about the AT&T-Time Warner deal began to build, NxStage shares have weakened from the price offered by Fresenius Medical. Previously, they traded at about a 10.5 percent discount to the $30 a share takeover price. That discount has mushroomed to nearly 14 percent.To be sure, the negative antitrust response to AT&T's purchase of Time Warner may not be a clear indicator of a broader shift in approach. The deal has been unusually politically charged since Donald Trump attacked the deal on the campaign trail last year. As the US president, he raised his opposition again on Tuesday, saying it was "not a good deal for the country." 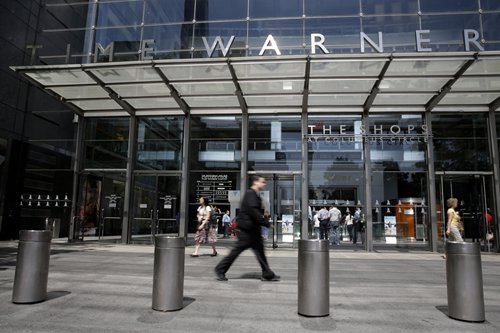 Closely monitoredIn antitrust circles, the court fight between the government and AT&T will be closely monitored, since the Justice Department has not successfully litigated against a vertical deal since the 1970s.That being said, the Justice Department has compiled a winning record in challenging mergers since 2011, when it sued to stop AT&T from buying rival T-Mobile USA.It has stopped at least one vertical merger by threatening to sue, specifically Lam Research Corp's bid to buy KLA-Tencor Corp, which was abandoned under Justice Department pressure in 2016.It had been widely expected that the AT&T deal would have been approved by limiting how it managed content, known as a "behavioral" remedy, rather than asset sales.Delrahim, in a speech at the American Bar Association last week, said that he opposed those sorts of remedies because they smacked of regulation and were ineffective and a drain on government resources."Behavioral remedies presume that the government should serve as a roving ombudsman of the affairs of business; even if we wanted to do that, we often don't have the skills or the tools to do so effectively," he said.Delrahim is not alone regarding those concerns."One reason for more concern about  deals is that behavioral remedies are falling out of favor because they do not work well," said Steven Salop, a professor at Georgetown University Law Center.