New York is one of the most diverse cities in the world. But it's an open secret that it is more like a salad bar than the melting pot it sometimes claims to be. 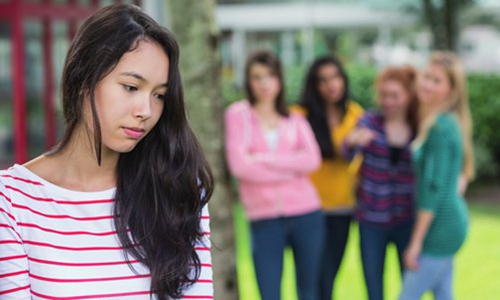 People from different backgrounds aggregate in their enclaves, like Chinatown and Little India, largely insulated from the rest of the city. As a result, housing and public schools in the city are among the most segregated in the US. And, importantly, it's not just race and religion that divide, but the poor are separated from the middle class and the rich.

In the past few years, the city's government has been trying to change this through a series of radical policies intended to force people to engage with others who they normally wouldn't come across.

Education is the frontline for these efforts. Under a far-reaching "diversity plan," any education program whose attendees don't proportionally reflect the composition of the city's population is at risk of being axed.

The specialized high schools, the best quality public schools whose population is dominated by white and Asian students who perform best in an entrance exam, are being shaken up. Some black and Hispanic students, who don't do so well in the exam, are being allocated more places in the elite institutions.

That may only be a steppingstone as the city is trying to get rid of the test altogether allowing for a much bigger transformation on who attends these schools.

In some parts of the city, reforms have been implemented to mix students from different neighborhoods and then evenly distribute them to schools in the district. This means parents who bought houses in certain neighborhoods in order to send their children to better quality schools there could end up seeing their children sent off to a struggling school in an unfamiliar neighborhood 20 minutes or more away by bus.

Even the gifted and talented program, which is behind on-campus enrichment classes designed for students showing strong academic potential, is under attack. At least one school in Brooklyn has decided to shut down its program because students selected via a test are predominantly white and Asian.

Segregation in schools is rooted in segregation in housing. The city is aware of that. Earlier this month, Mayor Bill de Blasio announced the "Where We Live NYC" blueprint to increase equality in housing, including cracking down on market discrimination against people from minority groups seeking to rent apartments from landlords or brokers.

This, the city says, is thanks to its inclusive policies, such as requiring property developers to include some affordable apartments in certain new residential developments.

It is true that discrimination has marred the housing market for a long time. That was built on the past impact of so-called white flight - white people moving out of a neighborhood en masse when black people moved in - which made the city so segregated. But the press release declaring victories was far too simplistic.

Minority people "flee" from one another too. While the high rents in Manhattan's Chinatown push out blue-collar Chinese, they then move to other parts of the city to form smaller Chinatowns. In the neighborhoods where one minority is replacing another, conflicts are often more frequent.

A few years ago, a luxury building in Manhattan built a separate gate for the low-income residents who moved into the affordable units - the infamous poor people's gate - while the rich owners and tenants used the main entrance.

Schools are the same. In my early years in New York, I happened to live in Elmhurst, one of the most diverse neighborhoods in the city. My Fujianese landlord's son was a student in the local high school where people from different countries formed their own exclusive circles under the same roof. I only saw my landlord's son hanging out with Fujianese schoolmates. And every now and then, they'd have a fight with other groups of students - Latinos, Blacks, and Chinese from Guangdong or other parts of China. Police cars seemed to be parked in front of the school permanently.

Nobody disputes that segregation creates a vicious cycle that traps people at the bottom of society generation after generation. A diverse environment benefits everyone. But this cannot be achieved by an arbitrary formula that simply turns the largely monochrome enclaves into rainbow areas through diktat.

Trying to get different groups to mingle is always hard and painful and will take a lot of courage and energy. But this step has to be paired with policies that help melt the divisions between subtribes that all but automatically form within a diverse entity.

Decreeing diversity will not work. The people have to be empowered and motivated to do it themselves. The top-down approach could actually make things worse by inadvertently reaffirming the significance of skin color and differences in religion and wealth. That could just build resentment, leaving only the policies' architects believing in their success.