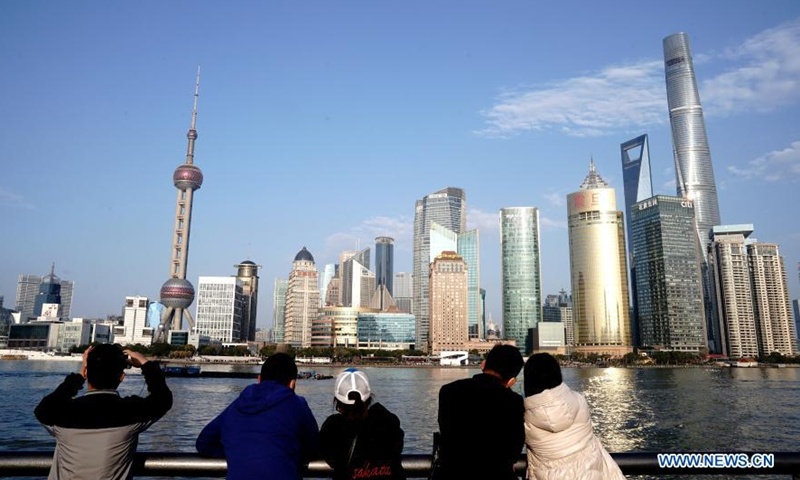 I'd like to talk about housing prices today. First, we have to admit that there is no unified housing price in China. The higher housing prices in the first-tier metropolises, some provincial capitals and coastal cities are prominent. But in most small cities, the property prices are going down.

From a long-term perspective, this trend will continue, as the big cities continue to attract more people to settle in.

Second, most families across the country have already owned their own homes. Those without a house or having difficulties buying a house are young migrant workers.

In megacities like Beijing, Shanghai, Guangzhou and Shenzhen, for young people who seek a better future, no matter what jobs they hold and how much salary they earn, they will find it difficult to buy a house instantly, and will need assistance from their parents and relatives. It is especially tough for those whose parents cannot help.

Third, this is a global phenomenon. Property prices in first-tier megacities and economically prosperous towns in many countries in the world remain shockingly high and newcomers just cannot afford to buy a home. When I visited Hamburg and Los Angeles, local representatives told me that the biggest problem was that young people from other places working in these cities could not afford a home. They also asked me if China had similar problems.

For young migrant Chinese who struggle for a living in places like Beijing and Shanghai, they must rent a house first and then buy one with bank mortgages. They will be into their 40s when they can pay all the loans back.

The young people certainly deserve our admiration. Their anticipation to dwell in the first-tier cities is a formidable challenge but they are brave to take it. They, energetic and full of strength, form the driving force in upgrading the cities. As they work to change their destiny, they will also help revitalize the cities.

When I was still a child, Beijing had a population of only 7 million, while now, the city's population is three times larger. The newly built properties are mostly snapped up by the young people, determined to climb up the ladder of their careers.

Fourth, to ease the pressure on young people buying houses, Beijing has carried out various measures such as offering government subsidized homes. Some young people I know have bought such houses. But not all people have the opportunity to buy these houses, so they just wait and save money to buy commercial houses.

Fifth, in Beijing, if one can earn a decent salary and save money in a few years' time, in addition to their parents' assistance, they can buy a house with bank mortgages in districts outside the city proper. A driver who works for the Global Times is in his 40s. He came to Beijing at 19, and later bought a house with bank loans and obtained a Beijing residence permit. He couldn't imagine such changes in life when he was young.

Sixth, as most families have their own houses and some young people rush to buy houses, the fluctuation of housing prices will make some happy, while upsetting others. Those in possession of a home always hope that home prices keep growing, while those without a home hope the housing prices drop.

The best case scenario for housing prices is stability. Skyrocketing housing prices only bring abnormal economic cycles and deal a blow to young people who want to buy a home in the cities. If the housing prices fall sharply, the assets of most families would shrink which may result in a financial crisis.

Seventh, our society should respect those young people determined to work and live in big cities. The government should try its best to help them. I'd also like to remind these young people that they have to work and struggle for a good number of years so as to realize their dreams.

To be honest, there are various instances of unfairness in the real world. As a socialist country, China has tried its best by alleviating poverty in rural areas and cracking down upon property speculation in the cities. But when it comes to individuals, the only way out is to work hard and stay positive. One has to believe that our destiny is in our own hands, and it will help a lot if we just stop complaining but keeping working hard and smart.