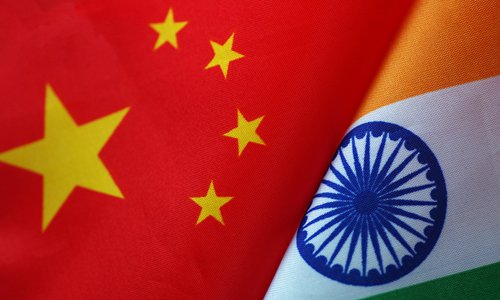 Is the Indian economy heading for a hard landing? The answer to the question, to some extent, will determine the trend of the broad Asian economy in the coming year.
China, India, and Japan together generate a considerable part of Asia's economic activity. Although Japan's economy expanded in the third quarter at a faster-than-estimated rate of 1.8 percent, it is too early to say the economy will recover strongly in the coming year. Japan's economy is still struggling with stubborn deflation and slow growth. It's hard to expect Japan to become an engine of Asian economic growth in the coming year.
India has emerged as an Asian economic superpower in the past few years. China and India will be the key drivers of growth for the Asian economy in 2020. However, unfortunately, both economies face downward pressure.
Some observers forecast China's GDP growth may fall below 6 percent next year. Even if this scenario becomes a reality, the country will still be the top contributor to Asian GDP growth in the near term. The 6-percent figure is just a psychological mark that's of little practical significance. Growth of 6.1 percent or 5.9 percent in China makes no big difference for the Asian economy.
The major uncertainty for the Asian economy will come from India. The economy is at risk of a hard landing. India's annual GDP growth fell to a shocking 4.5 percent in the third quarter. What's next? The country's economy is facing the toughest times since Narendra Modi became prime minister in 2014.
If the Indian economy continues to slow, market confidence in Modi's management will be tested. The most urgent task for his administration is curbing the downturn and restoring confidence in the market.
Union minister Dharmendra Pradhan said recently the current economic slowdown is "temporary" and a result of the ongoing trade war between the US and China, according to Indian news agency PTI.
The trade war may indeed be taking a toll on India's economy, but India needs to look inward at its deep-rooted problems, instead of blaming the trade dispute between China and the US.
The pro-reform Modi administration did a good job in recent years in propping up the economy. Hopefully, the Modi economic miracle can continue in the coming years - otherwise, the Asian economy may be in for a bumpy road next year.