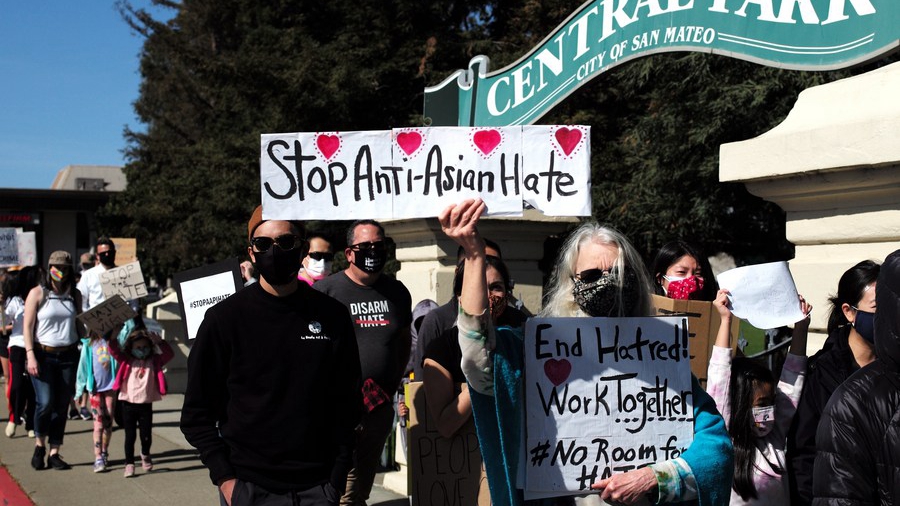 For the victims and families of the victims of shootings in the Atlanta-area on Tuesday, the meeting between Asian American leaders in Georgia on one hand, and U.S. President Joe Biden and Vice President Kamala Harris on Friday was too-little-too-late.

The meeting took place in the wake of the killing of nine members of the Asian American community at three different spas in the Atlanta-area. Out of the eight fatalities, six were women of Asian descent. In addition to the racial background, the white shooter seemed to have targeted a helpless demographic to ensure a high mortality rate from the unprovoked attack.

In a statement after the shooting Biden said that "while we do not yet know motive… we condemn in the strongest possible terms the ongoing crisis of gender-based and anti-Asian violence that has long plagued our nation.”

He elaborated these comments after his Friday meeting by admitting that hate crimes against Asian Americans have been "skyrocketing" since the coronavirus pandemic began. "They've been attacked, blamed, scapegoated and harassed. They've been verbally assaulted, physically assaulted, killed."

While all races have been victims of past random or targeted xenophobic attacks in the U.S., the recent shootings were apparently targeted at members of the Asian American community as a consequence of past propaganda that Asia, particularly China, is responsible for the COVID-19 pandemic. This is seen as one of the legacies of former U.S. President Donald Trump who constantly accused China of being the source of the coronavirus.

According to Stop AAPI Hate, a coalition that tracks incidents of racism and discrimination against Asian Americans and Pacific Islanders, there were more than 3,795 firsthand complaints of hate crimes targeted at the two communities since March 2020. The group's latest report says the organization recorded over 503 anti-Asian hate incidents between January 1 and February 28. 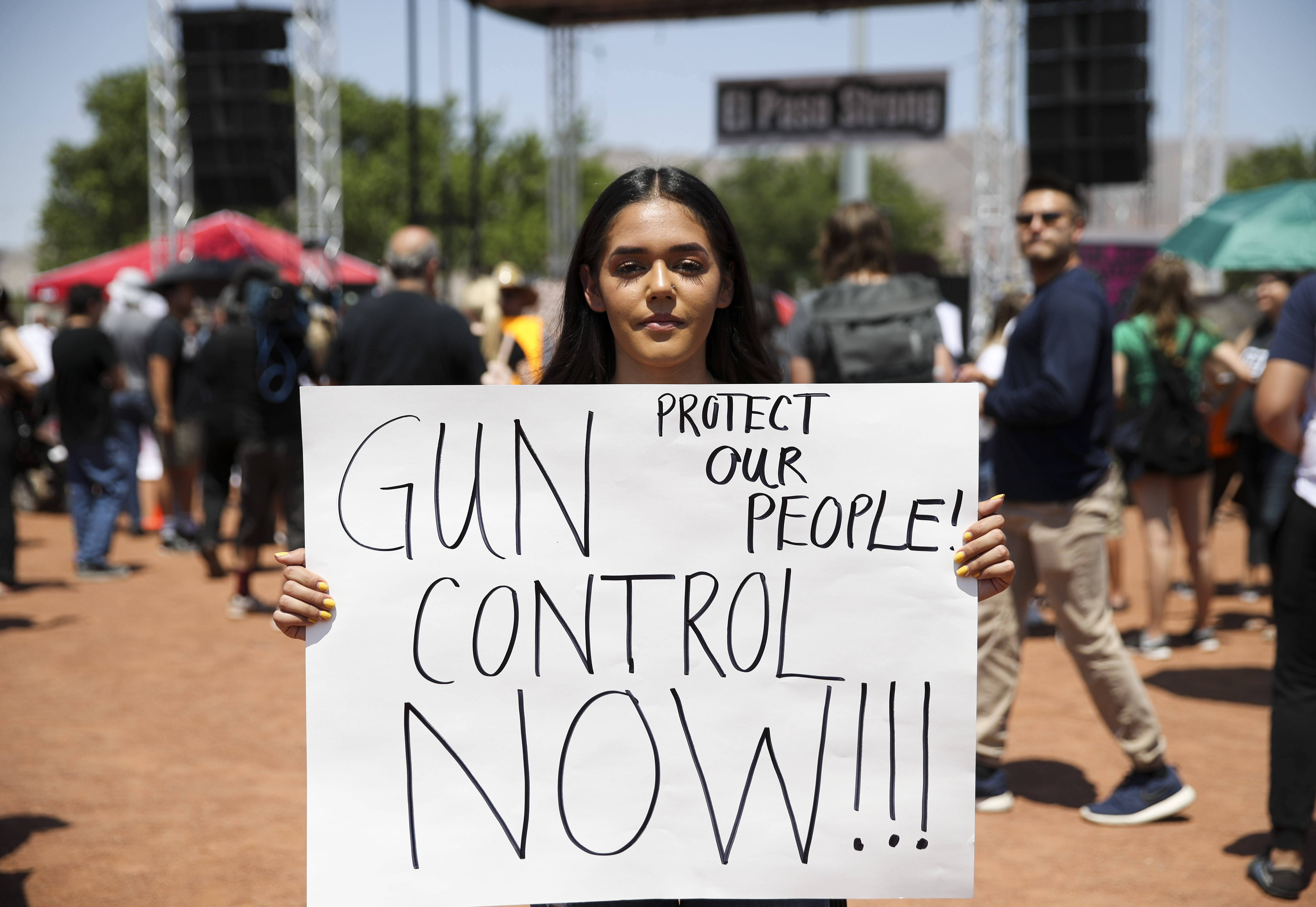 A college student takes part in a rally for gun control and anti-racism, in El Paso, Texas, the United States, Aug. 7, 2019. (Photo: Xinhua)

The killings also happened just a couple of days before the ongoing heated meeting between the U.S. and China in Alaska, giving credence to fears that America is on the warpath with its adversary.

But hatred against Asians in the U.S. has historical precedence. One of the worst cases is the Chinese Exclusion Act, a federal law signed by President Chester A. Arthur on May 6, 1882 which prohibited all immigration of Chinese laborers. This Act was preceded the Page Act of 1875 which banned Chinese women from immigrating to the U.S. It is instructive that the Chinese Exclusion Act is the only law to be enacted preventing all members of a specific ethnic or national group from immigrating to the U.S. It is not difficult to see the motivation of such blatant paranoia. Their fears have now come true with China now giving the U.S. a run for its money in virtually all fields.

The contribution of Asian Americans in making the U.S. a superpower cannot be gainsaid. For instance, half of the best 10 tech chief executive officers of the U.S. are from Asian origin. This includes great innovators in science and technology. Asian Americans also form a core part of America's impeccably skilled labor force in all fields. The lack of appreciation of their overall contribution to the resilience and progress of the country bespeaks of a bereft society crying out for meaning and substance.

Racism in the U.S. has now been exposed for what it is even as authorities give lame excuses for the motives behind the attacks. The increasing number of racist attacks and incidents of systemic racism are pervasive, which betrays an ingrained culture in the country's political economy. Still, the recent turn of events points to a crisis that could get out of hand if other races decide to gang up for protection or revenge.

It is incumbent upon Biden to stem the rising tide by walking his talk about an all-inclusive American society. His administration should educate White supremacists that other races are not enemies of the State and have indeed come to the country for the promise it offers in changing their fortunes. It is ironical that Asian Americans are being targeted even with an Asian American woman as VP.

Remarkably, on Friday Biden urged Congress to "swiftly pass" hate crime legislation to stem the rising coronavirus related discrimination and violence against Asian Americans. But it is a crying shame that the U.S. harbors significant retrograde elements in the current age of enlightenment.

America cannot be the "land of the free" when a section of its society feels and acts superior to others, making the latter always look over their shoulders in fear of various forms of violent and non-violent attacks. It is time for progressive forces in the U.S. to stand up and be counted on this matter.