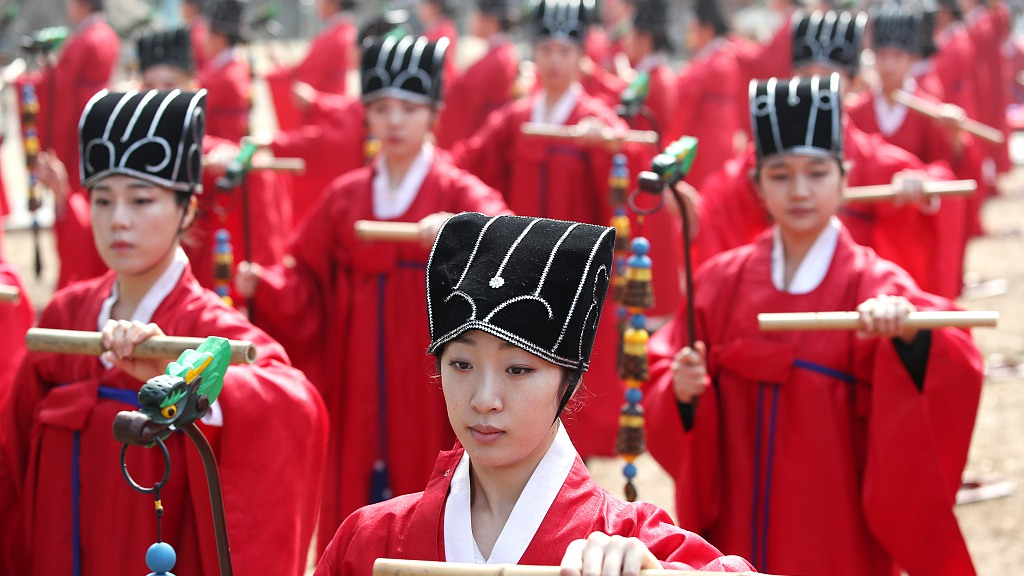 Students perform a traditional dance during the Spring "Seokjeon" ceremony at Sungkyunkwan, an educational institute of the Joseon Dynasty (1392-1910), in Seoul, March 26, 2018. (Photo: VCG)

Mankind is approaching a new aeon. New technologies are transforming human life as we knew it in an accelerating pace. The intercivilizational communication of commodities, financial flows, and data and information is being boosted in completely unprecedented ways.

We are growing together as one. But we are also realizing that our problems have taken on ubiquitous dimensions. We understand that environmental pollution, overpopulation, epidemics etc. can only be solved if we put all our efforts into pulling together. To rebalance and to create global eco-civilization, a world-wide system of cooperation, co-development, co-evolution and co-prosperity has to be implemented.

By creating long-term sustainable win-win partnerships instead of unstable forms of egoistic exploitation, by means of dialogue on all levels instead of diktat, we will be able to sustain a happy form of human existence on this planet for many more thousands of years still to come.

But this most rational change for the better has to have a starting point. Every impulse of change has to originate in a specific context.

And this change has to come from Asia. As a central hub of the family of civilizations, Asia is not just the oldest, but it is also on the way to transform itself into what might best be called the "newest world," a cultural and multi-civilizational sphere connecting all others.

In this context, intercultural communication and the learning between civilizations on a people-to-people basis is key.

One of the major goals of the event is to initiate a much needed process during which the Asian youth will explore the age-old spirit of cooperation and mutual learning among their richly diversified civilizations.

Only by means of a joint concentration of all the modern energies of these age-old civilizations, the necessary platform to start transforming the world for a better future of humanity as a whole can be erected.

As Asian communities devote a great deal of attention to the basic human existence, like family and the cultivation of interpersonal relationships, they are best equipped with global equilibrium.

If one, for example, would have to define the principles of Chinese traditional and modern state wisdom in this regard, three key aspects come to mind: creating a continuous state of flexible equilibrium, creating systems of co-prosperity and creating harmony.

Therefore, Asia has to remember its thousands of years of shared histories of mutual respect and trust along the continental and maritime Silk Road.

What we need to apply to save ourselves and the unmatched wonders of our living planet is something new and yet also something very old: harmonic power on this occasion. Harmonic power should mean that Asia, but also all the other civilizations have to make their differences complementary, so that the interests of all partners can be fruitfully intertwined and benefit all.

In creating a stable sphere where different interests are harmonized to form one thriving and happy community, Asia can become a role model for the world. Interests need not to be identical, but they have to be tuned together – in analogy to tuning the strings of a musical instrument. So, they can create beautiful music of co-development and friendship.

In this sense, the world is looking forward to seeing young Asians communicate, share their visions and tune the systems of their cultures and civilizations jointly and with great care – learning to play the beautiful chords of co-prosperity. In doing so, Asia's new harmonic power will also send a new and hopeful impulse to the whole world and will be on the way to fulfill its historical obligation in the context of the shared destiny of humanity as a whole.