Asian countries should build inclusive security structure in absence of US 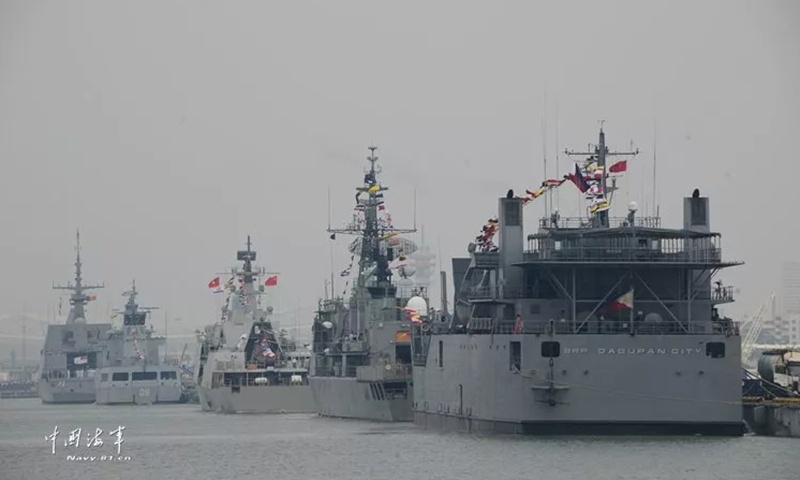 Since the end of World War II, the US has influenced Asia. But more recently, Washington has been absent from important Asia-Pacific regional economic deals, such as the Comprehensive and Progressive Agreement for Trans-Pacific Partnership and the just sealed Regional Comprehensive Economic Partnership (RCEP). US' absence clearly illustrates that Asia is developing toward multi-polarity.

The US used to involve itself in many important issues across different continents and oceans. However, it is unable to participate in some processes that are of extraordinary importance in the Asia-Pacific region, which reflects the decline of US power. The US now lacks absolute superiority, and no long possesses its former advantages. This ineptitude in the near and long run will hold Washington back from putting its nose everywhere.

Regional cooperation in Asia is conducive to local countries building more balanced and equal relations with the US. Washington is an ally of several Asian countries, but such alliances are unbalanced, with the US being the dominant power in those bilateral ties. However, in organizations and pacts formed in Asia by Asian countries themselves, no one is leading the others. All are equally participating in their agreed upon mechanisms of dialogue and exchange. This demonstrates Asian characteristics, and RCEP in particular is vivid proof of this.

Under such regional frameworks, Asian countries can develop their relations with other countries and conform to their own pace and models of growth. Meanwhile, as such "Asian models" mature, they will deeply influence Asian countries' interactions with the outside world, including the US. This will further fortify the direction of a multipolar and diversified world and help establish fairer and more just international relations, all the while enhancing Asia's autonomy.

When we talk about Asia, which has not been a continent of only Asians since WWII, the US is an indispensable factor. For historical reasons, many Asian countries don't want the US to leave the area. This is largely a dialectical matter. On the one hand, Asia is increasing its autonomy. But on the other, the US will continue to maintain a presence in the region despite of a declining leadership role in the region.

Asia is a diversified region. Many regional organizations have been established on other continents. This global engagement mirrors the diverse nature of Asia.

Against this backdrop, it will be a disaster for any outside country to dominate Asian affairs. The US is no exception. Although Washington has long wanted to build its leadership in Asia, it has never fully managed to reach its goals. US' Asian policies have been far less systematic than those directed at Europe or the Americas.

In late 2017, some people in Australia, Japan and Singapore feared that if the US "retreats from its leadership role" in the Asia Pacific, then "the peace and prosperity underwritten by the US-backed rules-based order since WWII would be severely undermined." During that time, Washington has indeed seen its influence weakened in the Asia Pacific. Yet peace and prosperity in Asia has been unaffected.

Generally, Asia has been on upward trend over the past decades despite some twists and turns (such as the 2008 financial crisis, the COVID-19 pandemic, and frictions between Beijing and New Delhi and Beijing and Tokyo). Asia as a whole, and East Asia in particular, has maintained peaceful and prosperous trends. This stands in stark contrast to the rest of the world, which is undergoing massive instability. 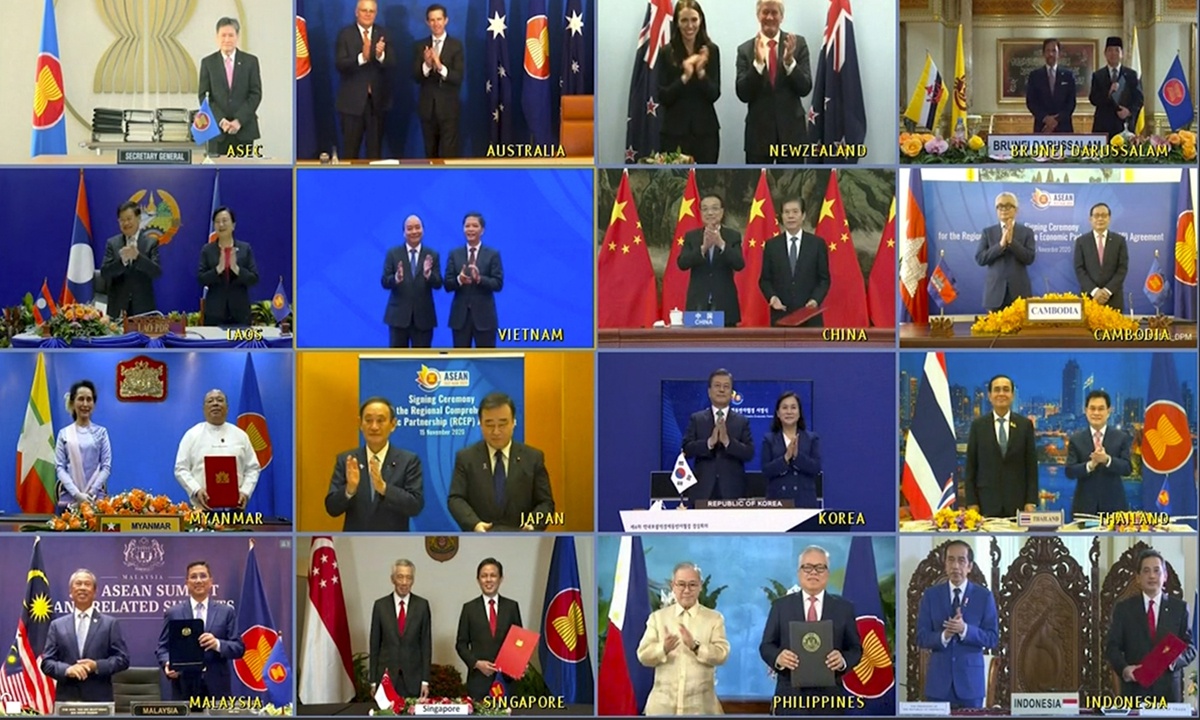 This image made from a teleconference provided by the Vietnam News Agency (VNA) shows the leaders and trade ministers of 15 Regional Comprehensive Economic Partnership (RCEP) countries pose for a virtual group photo in Hanoi, Vietnam on Sunday. Photo: AP

The Asian phenomenon has not been interrupted because it is based on rules.

RCEP is a further consolidating of rules-based peace and prosperity, especially in terms of creating sustainable wealth. It also enhances a rules-based order undergirded by multilateral respect. RCEP has revealed Asian wisdom.

With its enlightened philosophy, Asian countries can see that the US still has ambitions to establish an Asia-Pacific alliance network with Washington as the leader.

Currently, the exclusive collective security system in Asia pushed by Washington has divided the region into two camps, and dragged them into zero-sum security competition. When one camp is opting to strengthen its military power to make itself feel safer, the other camp feels threatened. This has made Asia, the most dynamic region in the world economy, increasingly trapped by the security paradox.

RCEP was signed and sealed after eight years of effort, showing the inclusiveness of Asian characteristics. Asian countries should actively explore their regional security cooperation, including the establishment of an inclusive security structure in which every country can equally participate, to pull themselves out of the paradox trap. Asia needs an inclusive security structure that is sustainable and reliable. One that leads to real peace and stability.