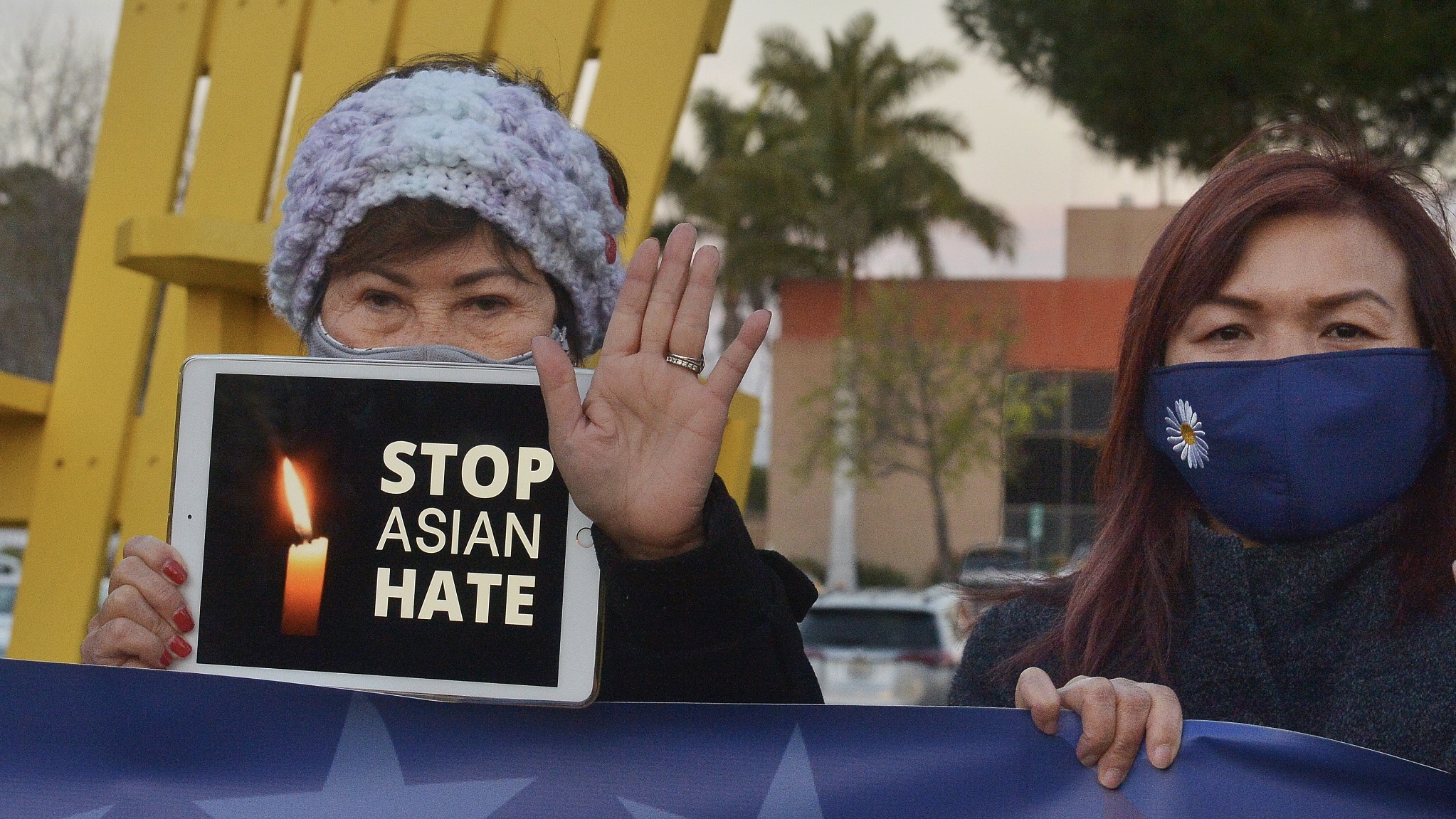 The Atlanta spa shootings is the latest example of a blatant hate crime targeting Asian-Americans. Over the course of one year, beginning in March 2020, nearly 3,800 racially charged attacks against Asians have been recorded in the U.S. alone.

The Atlanta shootings, carried out by 21-year old Robert Aaron Long, occurred at three different Asian spas, leaving eight people dead. While the motive behind the onslaught is still under investigation, it is no coincidence that attacks like these stem from sheer hate, particularly for a targeted race. Although the perpetrator dubbed the attacks as "non-racist," the majority of victims shot down were of Asian descent. Hence, the attacks targeted a specific race.

The House Judiciary Committee held a hearing to highlight the significant rise in hate crimes against Asian-Americans. Instead of fighting the anti-Asia war collectively, the hearing laid bare racist sentiments, emanating from higher ups like the Republican Representative, Chip Roy, who unabashedly supported his use of "chicom" to refer to a Communist China.

Georgia Sherriff Jay Baker also tried to downplay the severity of the Atlanta massacre, claiming that the killer was having a "bad day." A bad day should not incentivize anyone to grab a gun and shoot down innocent civilians. Baker has since been removed from investigating the case in light of damaging evidence that exposes his racism. A Facebook post showed Baker endorsing t-shirts that read "COVID-19 – imported virus from Chy-na."

It is influential people like Representative Chip Roy and Jay Baker who are part of the problem, not the solution. America stands divided partly because institutional racism runs deep in the country, especially following Trump's exit. Unless racist, powerful individuals are held accountable, discrimination would continue to haunt minorities. 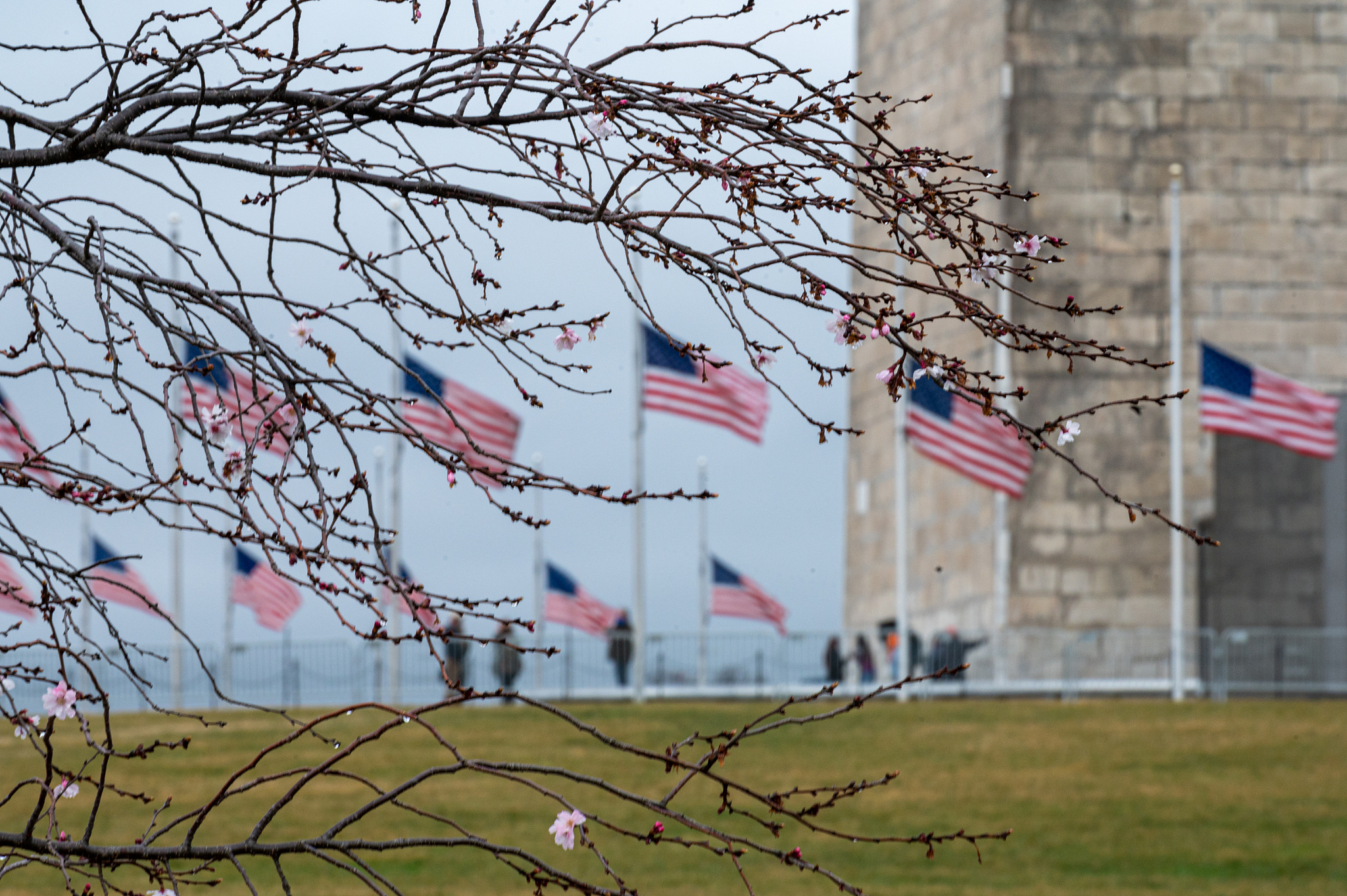 U.S. National flags are flown at half-staff in honor of victims of Atlanta Spa shooting at the National Mall, March 18, 2021. (Photo: VCG)

It is evident that the former U.S. government enabled racism in the United States like never before. In addition to disinformation and racist rhetoric surrounding COVID-19, Trump incited his supporters to carry out verbal, physical attacks on Asian-Americans. As a leader, his words shaped a negative, misinformed perception about Asians with many supporters toeing this line.

Having lost the 2020 election cycle, Trump supporters felt enraged. Biden's clear win encouraged them to storm the Capitol Hill in early January to contest the election outcome. Donald Trump's constant enabling could very well be a driving factor why the U.S. is seeing an upward trend in anti-Asian attacks. With Trump out of office, the Biden-Harris administration is met with the challenge to unite a deeply polarized America while championing reforms for underrepresented ethnic groups marred by racial violence.

While the Atlanta spa attacker committed multiple murders, and Asians happened to constitute a majority of his killings, it is imperative to also emphasize on the psychology of the perpetrator. Mental disorders and obsessive tendencies, for instance sex addiction in Robert Aaron Long's case, offers more nuance to the motives of the massacre. Hence, ruling out these attacks strictly on the basis of a hate crime only limits our understanding of why criminals open fire publicly. Perhaps the perpetrator's sex addiction was a primary trigger that prompted the massacre. A mix of racial sentiments coupled with sex addiction could have elicited these shootings too.

Incidents like the Atlanta spa shootings could inspire criminals to potentially carry out similar acts in the near future.

The U.S. already saw 578 mass shootings occur last year despite lockdowns and stay-at-home orders. Hence, it is high time that gun control is actually put into effect. It is critical for both the Democrats and Republicans to find a common ground on gun control in an effort to prevent mass shootings going forward. It is equally important not to politicize racist attacks. The constant blame game on either side needs to end if issues concerning race are to be resolved. The Atlanta shootings demand a thorough investigation, bipartisan leadership and strict punishment for the perpetrator. The latter factor would help establish the ramifications of a racially charged incident, which could discourage people from committing hate crimes in the future.