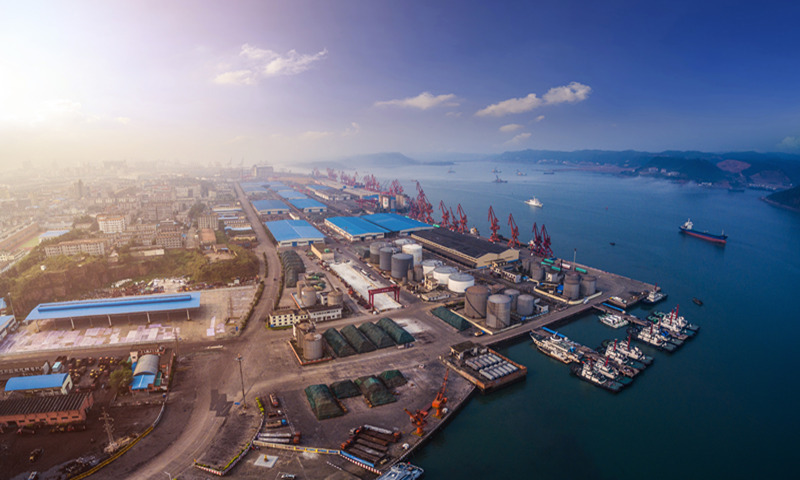 The Asian Development Bank (ADB) on Tuesday lowered its GDP growth outlook for "developing Asia" this year to 7.2 percent from the previous 7.3 percent forecasted in April, citing reasons of the resurgence of COVID-19 epidemic in some of the countries and regions.

"Asia and the Pacific's recovery from the COVID-19 pandemic continues, although the path remains precarious amid renewed outbreaks, new virus variants and an uneven vaccine rollout," said ADB Chief Economist Yasuyuki Sawada in a statement.

Developing Asia refers to the bank's 46 members, covering economies from the Asia and Pacific region. The latest ADB report lowered its growth forecast for Southeast Asian, South Asian and the Pacific regions compared with the previous forecast announced in April. Though forecast upgrades for Central and East Asia could partly offset the losses for other areas, there's no doubt that the region is facing increasing risks brought by the coronavirus resurgence and further potential flareups.

In light of the growing uncertainties, it becomes more crucial for the region to ramp up integration with closer cooperation on virus prevention, vaccine promotion, supply chain stabilization and upgrading, as well as improvement of trade and investment.

In fact, the region is in an advantageous position to counter the economic fallout of the virus and further infections, even against the backdrop of the US-led Western clique that is attempting to interrupt global trade and industrial chain as means to confront China.

With relatively early and effective prevention measures, Asian economies have recorded earlier recoveries. For starters, the region has seen a larger share in the global economy. In terms of purchasing power parity, Asia's share of the world economy in 2020 increased by 0.9 percentage points to 47.3 percent. China led the way with a growth of 2.3 percent becoming the only major economy to register growth in the year.

Alongside a growing economy, it is a colossal market which maintains huge potential. Data released by ADB in 2020 showed that intraregional trade accounted to 58 percent of the total trade of the Asian economies. Countries and regions have developed high degree of interdependence in trade, production, as well as investment.

Infrastructure and international organizations have seen great improvement during the past decade providing strong support to trade and exchange within the region. For instance, the Belt and Road Initiative has greatly accelerated infrastructure cooperation between China and countries under the framework. China-Europe freight trains, linking 168 cities in 23 European countries, have stabilized trade in Eurasia since the pandemic and even served as a "lifeline" delivering epidemic prevention supplies.

Moreover, the Regional Comprehensive Economic Partnership (RCEP), a milestone free trade deal inked at the end of 2020, will further pave the way for a faster integration and development of the region. Including China, Japan, South Korea, Australia, New Zealand and 10 ASEAN members, the deal covers about 30 percent of the global economy and population.

Also, international frameworks such as the Asia-Pacific Economic Cooperation and the Shanghai Cooperation Organization, after decades of development, are strongly facilitating policy coordination and guidance which will offer a better environment for regional cooperation.

Though the recovery path ahead remains bumpy, the overall trend is that Asia is increasingly gaining weight in the global economy and the shift of the industrial supply chain towards the region has been enhanced. By speeding up regional integration Asia and Asia-Pacific regions will conquer the challenges in the way, defeating the virus and restoring growth.