OPINIONS Assessing the promise of a US-Taliban peace deal

Assessing the promise of a US-Taliban peace deal 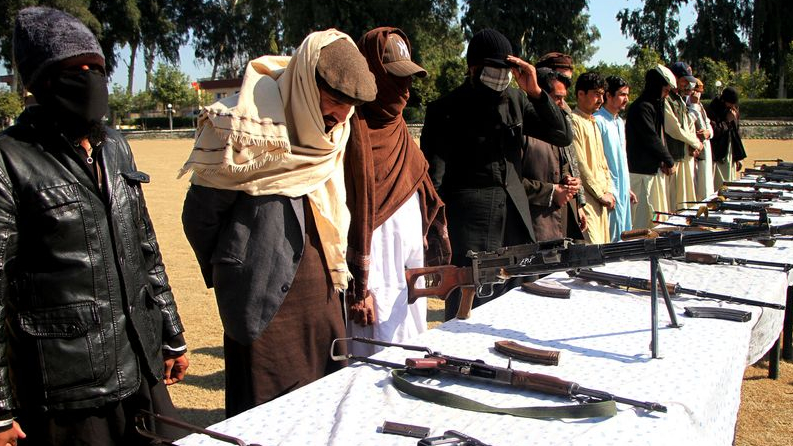 The United States and the Taliban are set to sign a landmark peace agreement by the end of this month, outlining the departure of the US troops from Afghanistan against the Taliban’s guarantee to never launch militant attacks from inside the territory. The deal hinges on the success of an ongoing seven-day reduction-in-violence truce, aimed at testing the Taliban‘s appetite for peace, given its history of breaching trust and reinitiating violence.

The February deal provides a blueprint for starting the intra-Afghan dialogue, a series of negotiations between Kabul and the Taliban for long-term power sharing. It also allows Washington to synchronize military withdrawal with the Taliban’s counterterrorism guarantees, and minimize risks of exploitation.

Yet, deep divisions over Afghanistan’s recent elections threaten to undo any political consensus ahead of talks with the Taliban. Gradual reduction in troops is likely to lessen Washington’s overall leverage. Limitations also surround the degree to which the US council will be welcomed on intra-Afghan talks.

The merits of the US-Taliban peace deal

Within 135 days of the deal’s signing, Washington will bring its stationed troops down to 8,600 people. The presence of the US military personnel in the country has been a source of both influence as well as division. It has been influential in the sense that the Taliban’s reluctance to engage with the Kabul government – and vice versa – has allowed Washington to leverage troop withdrawal for direct talks. Conversely, the US presence continues to represent a "foreign power footprint" in Afghanistan, limiting possibilities of any power-sharing consensus among the Afghan government, its civil society, political elites and the Taliban.

The deal conditions further reduction in troops on the Taliban's counterterrorism commitments, reportedly through detailed verification metrics built into the agreement. The Taliban will agree to block Al-Qaeda’s presence in Afghanistan, and a special center will be set up for joint monitoring of violent incidents. As the UN's Analytical Support and Sanctions Monitoring Team notes, Al Qaeda has been engaging in shuttle diplomacy with the Taliban to derail negotiations, while promising finances and training in return for protection.

Interestingly, the sequencing of troop withdrawal with the Taliban's behavior extends a valuable deterrent to the Afghan people. Fears of a delayed withdrawal will keep the Taliban from targeting citizens out of impulse, potentially downplaying one of the government’s primary reservations.

In the next 15 days of the deal, the Taliban is expected to begin direct talks with the serving government and various political parties. The goal is to at least agree on a style of collective participation that is conducive to a long-term ceasefire.

The forthcoming agreement enjoys the support of the Ghani government and the Taliban – a welcome change from recent frictions. Yet, what constitutes a "complete withdrawal" of foreign forces remains unclear. Taliban officials insist that the final deal must explicitly mention a full US withdrawal, while Washington underlines an initial reduction. Some of the Taliban’s volatile factions may be put off by a deal that falls shy of a full departure. Keeping some troops beyond December could fuel a full-blown resistance.

The challenge of Intra-Afghan negotiations

A heated election rivalry between President Ashraf Ghani and Abdullah Abdullah is hurting the government's chances with the Taliban. Ghani, the declared winner in Afghanistan's 2019 elections, overcame Abdullah by some 200,000 votes, and insists on treating the outcome as legitimate. Meanwhile, Ghani’s political rivals – led by Abdullah – question the credibility of the electoral process, and vow to form a parallel government in revolt.

The problem is this - Ghani and Abdullah are prioritizing their political differences at the expense of what could be Afghanistan's most historic breakthrough to date. For decades, the broader Afghan leadership has construed the Taliban as a collective challenge, and faced it with a united front. Yet current escalations threaten to expose the ethnic divides underpinning Afghan politics.

Six years ago, it was the US mediation that broke the Ghani-Abdullah deadlock, and effected a power-sharing arrangement. Today, various ethnic groups are beginning to realign their support in the country, and the US wants to dial back its influence. If tensions persist, the Taliban can easily capitalize on these cracks, and sidestep integration.

Both Ghani and Abdullah have also made no attempt at bridging their reservations bilaterally; neither has there been any attempt to hammer out core priorities among the broader leadership. How much ground should Afghan representatives be ready to cede to the Taliban? What are the red lines on human rights, security forces and the Taliban’s insistence on an Islamic Emirate? What are the government's soft goals in case a comprehensive ceasefire proves contentious?

Ghani’s insistence to both own the dialogue – and overlook domestic disputes – threatens to send Taliban talks into a tailspin.

There will be some resistance though. Once an intra-Afghan dialogue ensues, the country's broad spectrum of political stakeholders (including anti-Taliban factions) would want to treat it as a democratic exercise. Representatives are likely to resist leadership that fails to unify the Taliban's role, and may choose to put their weight behind someone who does. In this eventuality, the Afghan system must be allowed to take its own course, evolve to its own calling, and effect a system of leadership that is most conducive to all stakeholders – including the Taliban.

US interests in South Asia and the Middle East

If successful, the peace deal to be signed on February 29 would not signal any significant shift in Washington’s Middle East strategy. The variables that define Washington's policy towards Israel, Palestine and Iran are not the same as Washington’s motivations for securing peace in Afghanistan. However, once the withdrawal commences, the Trump administration may find it increasingly difficult to deploy future troops in the Gulf, under any pretext.

In South Asia, Washington must supplement its high-level military talks with Pakistan by leveraging pro-active diplomacy. Dismantling terrorist infrastructure has been identified as one of the preconditions for post-withdrawal peace in the deal.

This serves as a mutual aspiration for Pakistan and the US, given a 2,430-kilometer border sitting between Islamabad and Kabul. To succeed, Washington must revisit its two-track policy of endorsing Pakistan's gains on counterterrorism, only to dismiss it the next second.