BOAO, China, March 29 (Xinhua) -- With the world facing mounting downward economic pressure coupled with increasing protectionism and isolationism, officials and experts from around the world are looking for answers, hoping to get some clues of where the world economy is heading from this year's Boao Forum for Asia (BFA) held in China's southern island province of Hainan. 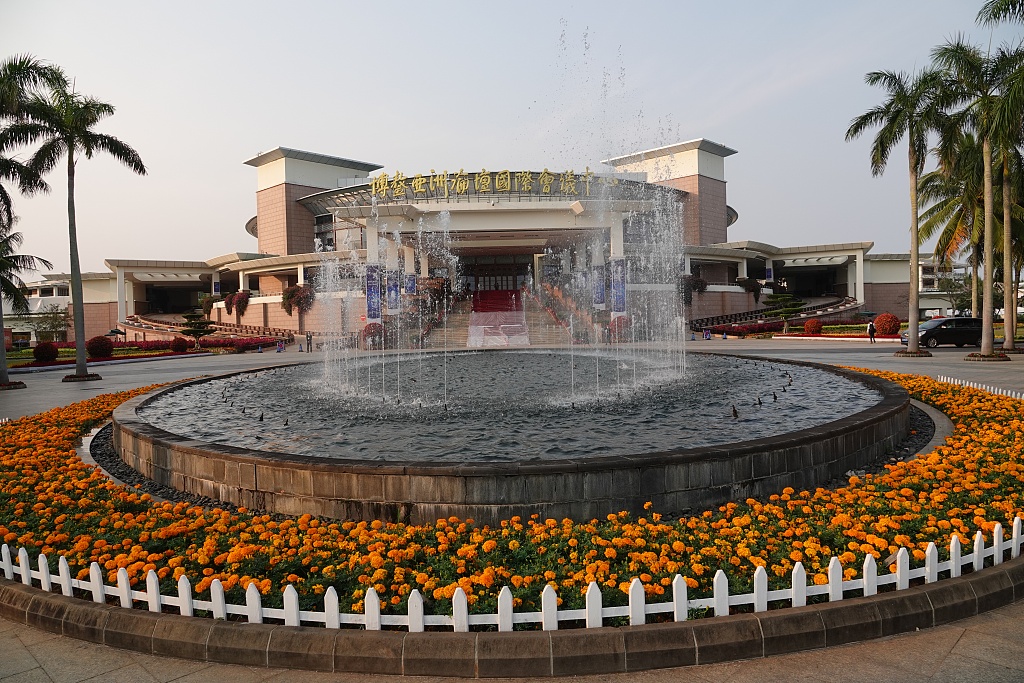 On Thursday, Chinese Premier Li Keqiang announced a series of new measures to further open up the Chinese economy, which is believed to increase the confidence of global investors and contribute to building an Asian community with a shared future.

"China's reform and opening-up has been a boost for economies of the world, especially for the developing economies," Gloria Macapagal Arroyo, speaker of the House of Representatives of the Philippines and former Philippine president, told Xinhua.

China has shown the world that "you can have your own mode of development using your own historical experience; especially in the last 40 years, China has unleashed great potential to the world economy," she said.

Arroyo said China is now the champion of openness and globalization, which works well for Asia and for the global trade system.

As this year marks the 70th anniversary of the founding of the People's Republic of China, Ban Ki-moon, chairman of the BFA and former United Nations (UN) secretary-general, applauded China's economic achievements achieved in the past decades.

"During the past 70 years, China has gone through transformative changes, particular during the last 40 years of reform and opening-up. This has really made tremendous changes for China toward a globalized economy," Ban said on the sidelines of the BFA.

Commenting on that, Arroyo said "through the further reform and opening-up, China has become a partner for the rest of the developing countries."

"The Philippines have been investing in China for a long period of time. With the help of the foreign investment law, we expect further investment in China," Arroyo said.

Lakshman Dissanayake, president of the University of Colombo in Sri Lanka, has been to the coastal town of Boao twice.

"I was inspired by President Xi's speech last year and also that of Premier Li's this year," Dissanayake told Xinhua.

"It's important to forge partnerships and you can't do things in isolation. We have to do things together and work together to develop Asia," he said.

Noting that there is an inward-looking trend, or sometimes a nationalist trend in some parts of the world, the UN High Commissioner for Refugees Filippo Grandi said "it's important to remind everybody that if we don't work across boundaries, across borders together, we will not be able to overcome this very serious challenges."

Hiria Ottino, president of the Pacific China Friendship Association, said the China-proposed Belt and Road Initiative (BRI) has totally changed the perspective on how the international community could work together.

"Today we are looking at each other not as competitors but as partners, and I think this is the most important thing out of the BRI," he said.

Everyone is in the same boat with a shared future, Ban said Thursday, adding that "we must work together under the multilateral framework through close coordination and cooperation."

"The best response to globalization and protectionism is an open, inclusive and balanced approach which brings all countries and people on the planet towards common development," he said.

The BFA that runs from March 26 to March 29 is a non-governmental and non-profit international organization. This year's BFA themed "Shared Future, Concerted Action, Common Development" has drawn over 2,000 delegates from 60 countries and regions.