OPINIONS Attacking Chinese investments in Myanmar should be condemned

Attacking Chinese investments in Myanmar should be condemned 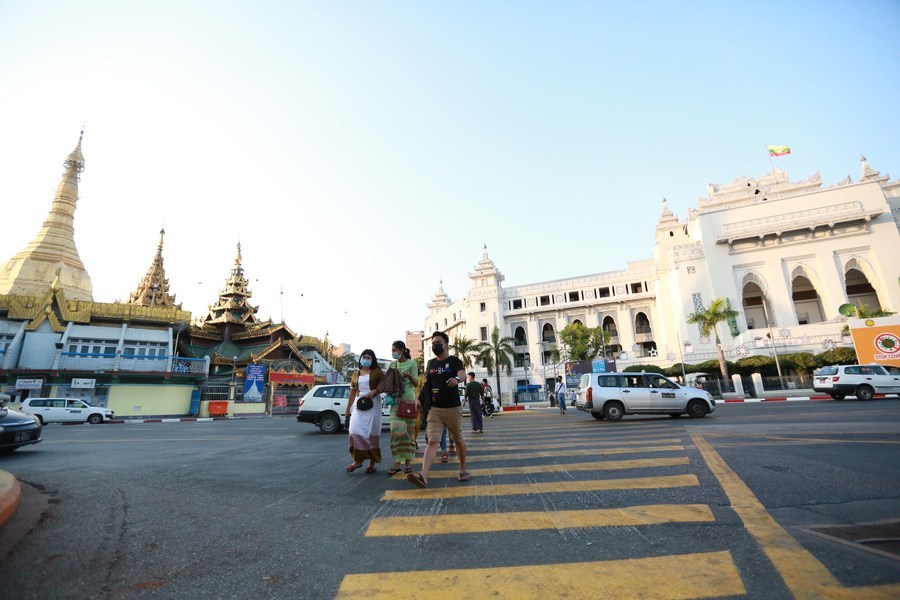 Pedestrians cross a road next to the city hall of Yangon, Myanmar, Feb 3, 2021. (Photo: Xinhua)

After arson attacks on Chinese-invested factories in the Hlaingthaya area on the outskirts of Rangoon, Myanmar, by unidentified assailants left many personnel injured and trapped on Sunday, the Chinese embassy in Myanmar issued a statement calling on the authorities in the country to take effective measures to stop the violence and punish the perpetrators. It also cautioned the Myanmar people about being provoked and used.

Likewise Foreign Ministry spokesperson Zhao Lijian said on Monday that the Myanmar people should be vigilant so they are not misled by subversives to wrongly target China-Myanmar cooperation projects as that will harm their own interests.

Some anti-China locals have hailed the attacks as a sign of the Myanmar people's anger at China's "muted" criticism of the military declaring a state of emergency in the country on Feb 1. China is rightly "very concerned" for the safety of its citizens in Myanmar, as the violent attacks were apparently well organized and planned, rather than being the result of spontaneous rioting.

The attacks should be condemned by all right thinking people.

The immediate priority should be to prevent further bloodshed and conflict. The relevant parties in Myanmar should keep calm and exercise restraint. As Chinese State Councilor and Foreign Minister Wang Yi said in a news conference earlier this month while taking a question on Myanmar, they should address their differences through dialogue within the constitutional and legal framework of the country, and continue to advance the country's democratic transition.

Those hoping to take advantage of the turmoil in Myanmar to sour the friendly relations between China and its neighbor should heed Wang's remark that no matter how the situation evolves, China will not waver in its commitment to advancing China-Myanmar relations or change its course of promoting friendship and cooperation.

China and Myanmar are pauk-phaw brothers connected by the same mountains and rivers, and form a community with a shared future. On the basis of respect for Myanmar's sovereignty and the will of its people, China stands ready to engage and communicate with the relevant parties, and play a constructive role in easing the situation. It supports the Association of Southeast Asian Nations mediating between the different sides to end the turmoil in the country by promoting the "ASEAN Way", the group's guiding principle for conflict management that emphasizes consultation and consensus-building.

Any actions by other members of the international community should be conducive to promoting reconciliation between the different parties and social stability in Myanmar and should avoid escalating tensions and complicating the situation.